Singapore’s ULTRA Live presented by UMF TV broke the internet with 10 million viewers from all around the world making leaps and bounds for this platform and promising continuing success for the ULTRA brand for decades to come. 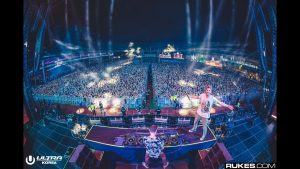 ULTRA Korea, back for the seventh year spanned over a series of three days in June welcoming 120,000 attendees and featuring Above & Beyond, Axwell /\ Ingrosso, The Chainsmokers, David Guetta, Galantis, Ice Cube, Modestep (Live), Nicky Romero, RL Grime, Steve Angello, ZEDD, ZHU (Live) and many more. The Olympic Park in Seoul hosted ravers from over 60 countries and did not disappoint. One of my personal favorite productions, the RESISTANCE floor featured Nicole Moudaber, Popof and Carl Craig who headlined this stage for each of the three nights. They were supported by the likes of many other house and techno artists over the course of the weekend, bringing quite the underground vibe to such a massive event.

ULTRA’s phenomenal production made its way to Hong Kong’s AsiaWorld-Expo alongside Axwell /\ Ingrosso, David Guetta and Galantis for the third annual edition, gracing the floor with cajoling tunes and unforgettable stage presence and lighting. 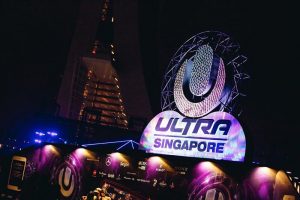 ULTRA Singapore’s Ultra Park hosted more than 40,000 people for the exciting debut of the Worldwide stage. This was the first time the stage travelled from Miami and it proved to be extremely successful. Headliners Illenium and RL Grime closed out the festival with a bang. RESISTANCE continues convincing more and more EDM-lovers the value of house and techno music as the talent of Loco Dice and support from Nastia, Oxia and Popof was delightfully displayed throughout the weekend with local and international support from a long lineup of DJs.

ULTRA Beijing featuring headliners Afrojack, The Chainsmokers, DJ Snake and Illenium blew the minds of attendees at three different venues in the capital city. The RESISTANCE stage was overwhelmed with fans as they danced along to Loco Dice, Nastia and Coyu getting their house and techno fix for the weekend.

As you can see, ULTRA is growing every year and won’t be going anywhere anytime soon. The newfound popularity of the RESISTANCE stage excites me and many others for what house and techno has to bring in the near future. Thanks, ULTRA for always bringing the heat. We will see you soon!