ULTRA Worldwide Touches Down In (Almost) Every Continent

It’s official. Ultra Worldwide is currently actively producing a major festival on all six inhabited continents, taking the leading spot as the most international music festival brand. This coming year marks a huge production year for the renowned festival group with brand new festival debuts along with the return of long-time favorite locations. For the first time ever, Ultra takes a step into the Middle East with the long-awaited launch of ULTRA Abu Dhabi at the largest open-air venue in the area.

ULTRA Abu Dhabi kicks off this mega year in early March, followed by two days of ULTRA South Africa in Cape Town and Johannesburg with headliners including Alesso, Black Coffee, and Chris Lake. Rounding out the end of March, ULTRA makes a stop at the iconic Bayfront Park in Miami from March 24 to 26, 2023. With a consistently stellar lineup and next-level production standard, ULTRA Miami features sets by Martin Garrix, Zedd, Armin van Buuren, Tiësto, Adam Beyer, Afrojack, Alesso, David Guetta, and so many others.

At ULTRA Miami, the supergroup Swedish House Mafia will be returning to the mainstage for the first time since 2018 as part of their reunion tour. This is the same festival where they played there in the initial retirement set in 2013, making this a true return home to the beloved Bayfront Park. Hardwell will be returning again after his surprise return from retirement at ULTRA this past year.

Continuing with the list of incredible lineups, ULTRA Australia is back again in Melbourne with a brand new stage dedicated to Hardstyle sounds. Following the Road to ULTRA, world-renowned artists take the stages at ULTRA Taiwan for a one-day event featuring Alesso, SLANDER, and more. Next up are two stops in South America with ULTRA Brazil and ULTRA Peru.

Heading into the summer festival season, ULTRA heads to Europe for ULTRA Beach Costa Del Sol on the gorgeous coast of Malaga, Spain followed by ULTRA Europe in Split, Croatia during Croatia’s infamous Yacht Week. This past year, more than 160,000 dance music lovers spent time partying on the Mediterranean to the likes of Alesso, Amelie Lens, and Nina Kraviz. For more ULTRA-related content, stay tuned as the ticket and lineups are announced. 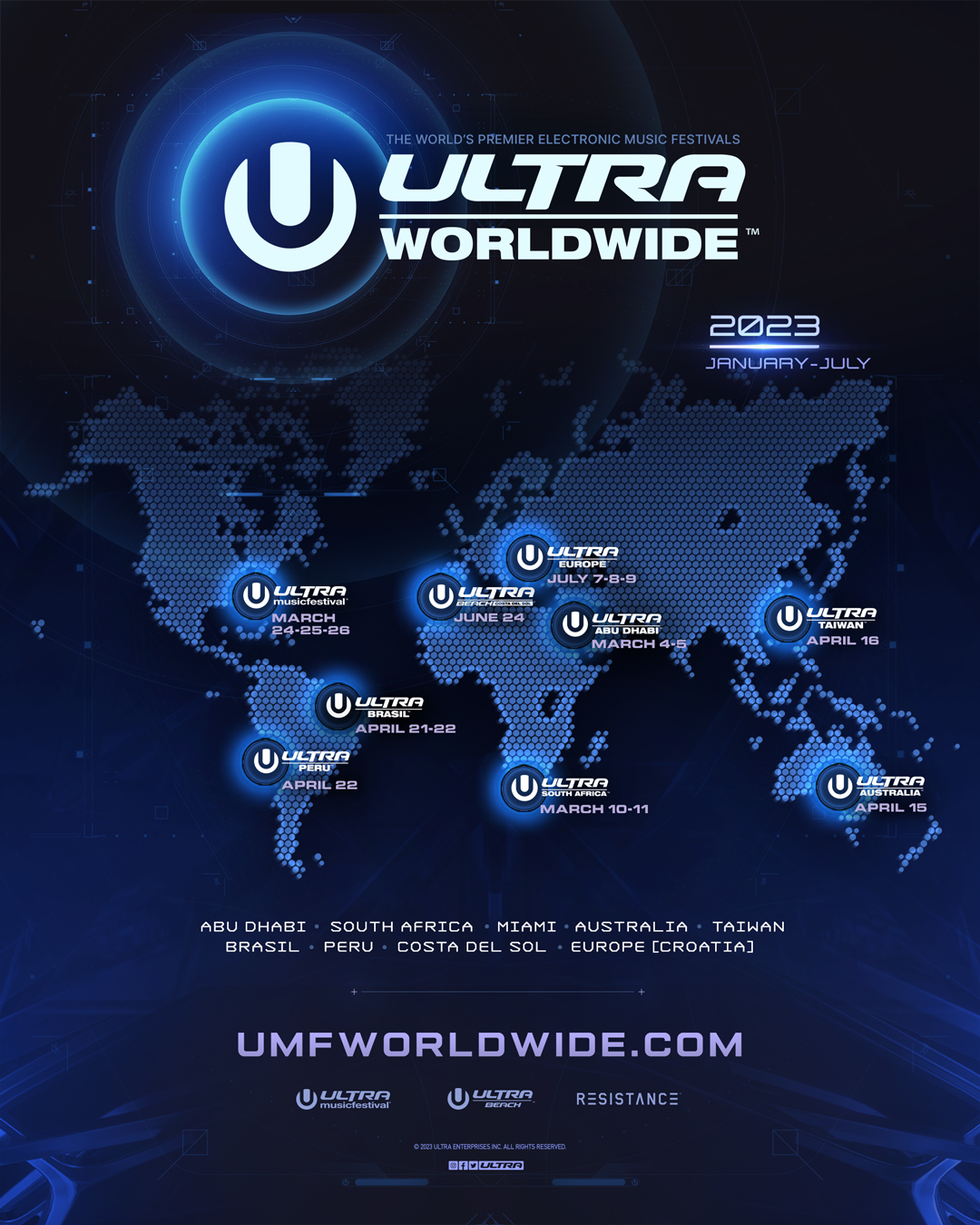 Tomorrowland Brazil Returns For The First Time Since 2016