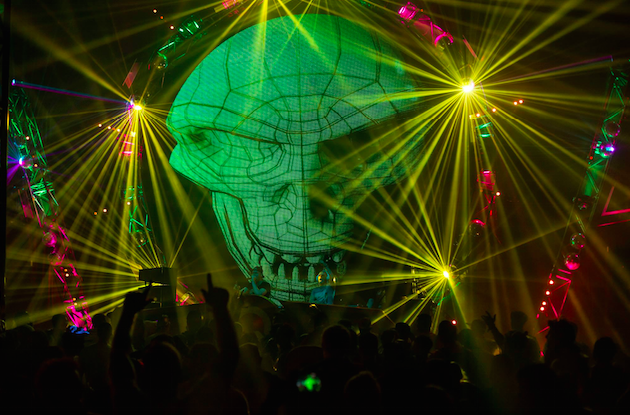 We Asked Q-Dance All-Stars What Hardstyle Means To Them

With Mysteryland USA recently landing at the old home of Woodstock aka Bethel Woods, New York this past Memorial Day weekend, Q-Dance had a massive surprise for everyone in attendance. Not only did they have their own stage featuring their visually intense and almost 4-D experience driven productions, they also brought their very own selection of top notch Q-Dance talent straight from the Netherlands including Frontliner, Noisecontrollers, Audiofreq, and MANY more!

I had the chance to catch up with a few acts before they dominated the stage for bassheads that were starving some serious Hardstyle. Instead of the usual jibber-jabber I thought I would switch things up and find out how they are emotionally connected with the genre that leads their life, Hardstyle.

Hardstyle is known to bind with your emotions as the pulsing bass kicks and the bass line avenges its strike. Like MC Villain always says, “let the melody take over and become the BPM frequence.” It’s about letting music take over and embracing those 150 beats per minute to the fullest. Hardstyle is more than music to me, it is a lifestyle that opens you up to every experience for the better that you carry with you in and out of a rave. What does Hardstyle mean to you? Let us know in the comments below.

Here’s what some of some the artists that played the Q-Dance stage said when I asked what Hardstyle meant to them.

Tell us about your first Hardstyle experience.
I guess I can answer this two ways. The first time I heard Hardstyle was back in 2007 when I got a compilation album with Headhunterz’ track “The Sacrifice” on it, but I really didn’t get into the style until I heard D-Block and S-te-fan’s Qlimax 2009 anthem “The Nature of Our Mind.” My first Hardstyle gig that I played was actually DefQon.1 2013 and I was on the Ultraviolet stage, which showcases up and coming talent in the hard dance scene.

If you had to choose one emotion to represent your musical style — which one would it be and why?
Hmmm… The tracks I make vary widely, but I guess the emotion that describes my style would be Passion, because each track I make has been a result of countless hours in the studio producing, designing, and mixing to get the best sound I can. I want people who listen to my music to feel the same level of dedication I did when I made the track.

Describe what Hardstyle means to you in 5 words.
Devotion, Energy, Community, #QSA (is that a word?), Extreme

Tell us about your first Hardstyle experience.
A friend of mine showed me Headhunterz – Power of the Mind and it blew my mind.

If you had to choose one emotion to represent your musical style — which one would it be and why?
Is energy an emotion? I’m all about energy, not worried about angry, rage out music, not worried about too much fluff and euphoric vibes. I want my music to charge me up when I’m out of juice, to pump people up and get people dancing like it’s their last night on the damn planet!!

Describe what Hardstyle means to you in 5 words.
Nothing but pure drive.

Tell us about your first Hardstyle experience.
My first hardstyle experience.. Scope DJ introduced me to the style, it was an old Technoboy track. In hardstyle I found my true passion, after producing trance since I was 11 with impuls tracker it was a logical step! Hardstyle is very melodic and so am I, a perfect match if you ask me. I’ve always loved the powerful basslines too!

If you had to choose one emotion to represent your musical style — which one would it be and why?
Ha! Hard to pick one. To me hardstyle is fulfilling, i dig so many genres but hardstyle just gives you a bit of everything.. Amazing Basslines meeting euphoric melodies!

3) Describe what Hardstyle means to you in 5 words.
Hardstyle fuels my creative mind

Tell us about your first Hardstyle experience.
It was 2002 and we were going to a Hardstyle party called “Oxygene”. This party was organized together with Pavo by a record store called “Key Records” In Haarlem (NL). This was a cool concept back in the days, giving out mix tapes prior to the party. We heard the sound and were instantly in love.

If you had to choose one emotion to represent your musical style — which one would it be and why?

Describe what Hardstyle means to you in 5 words.