What It Was Like To Lose My EDC Vegas Virginity…

A few weekends ago, I had the privilege of attending and covering Insomniac’s Electric Daisy Carnival Las Vegas 2016. Having never been to Vegas, and always aspired to go to EDC, I figured that I was in for a good time. But, what I walked away with was something so much more valuable than I’d ever expected.

I really hadn’t planned on going to EDC the whole year. Of course, I wanted to… But, it just didn’t seem realistic. So, when I was awarded the opportunity to go as one of EDM Maniac’s writers, I had to take advantage of something that seemed so clearly “meant to be.” I attempted to plan the weekend as much as possible, as most of my friends attending had already made their arrangements. And, seeing as how I’d yet to really establish a “rave crew” here on the West coast, I knew that I was going to be flying solo a majority of the time. Regardless, I was determined not to let anything stop me from enjoying every minute of this music festival that I’d always regarded as somewhat of a raver’s mecca.

Throughout my EDC journey, I did my best to take it all in. I wasn’t preoccupied with VIP perks or backstage access, because I wanted to experience the event the way most of us do. I made it a point to explore the stages, and meet new people. And the fact that I was on my own schedule the whole weekend allowed me to really enjoy the festival in it’s entirety. But, truthfully? I still think there is so much that I didn’t see. More specifically, so many artists I didn’t see. The Speedway is huge, and the lineup is beyond stacked with EDM’s biggest names and performers. So it really is impossible to spread yourself out enough to see it all. But that’s what makes the music festival experience, right? The uncertainty of where you’ll be and who you’ll see.

What I Enjoyed Most:

THE VENUE
As you crossover onto the Las Vegas Motor Speedway, the view is like no other. Not to mention, the stages, the art, and the rides are all set up on the racetrack! At multiple points throughout the weekend, on my way past the Cosmic Meadow stage, I had to stop and dance on the finish line, because… why not?! And, in addition to the novelty of where you are, the perimeter of the stadium offers a somewhat-comforting enclosure for the event.

The Music…
I was thoroughly impressed by many of the performances I saw over the weekend. The production value is incomparable, visually enhanced by the light and pyrotechnic features incorporated into each stage. And there was so much diversity. Some of my favorite sets included: Nicole Moudaber, Knife Party, Tiësto, Armin Van Buuren, RL Grime, Afrojack, Ephwurd, Marshmello, Shaun Frank, Yellow Claw, Deorro, and Snails.

The Creativity…
The art installments were outstanding! Whether it be the giant octopus that shot fire, or the intricate stage designs, there’s no denying that Insomniac brings the best atmosphere for it’s attendees. Once you’re in the speedway, it’s easy to forget that it’s not the dreamworld you’ve always wanted to live in. I personally loved the giant illuminated Pacman ghosts, the glowing mushrooms, and the costumed performers always bring such a great energy in any moment.

The People…
By the time the weekend was over I had met so many amazing people. Probably my favorite part of any festival is the social opportunity that it presents. Meeting fellow ravers, making new friends, and growing closer to old ones. There wasn’t a single moment where I didn’t feel the love and awesome energy that drew me to the rave scene in the beginning.

The Pride…
I heard from many veteran attendees that this year’s LGBT presence was more apparent than ever before. It seemed so many of us wanted to represent our community in a place everyone feels accepted. I honestly lost count of all the rainbow flags and pride outfits I noticed. It was such a good feeling to see the solidarity, not only of the LGBT community, but of the rave community as well. 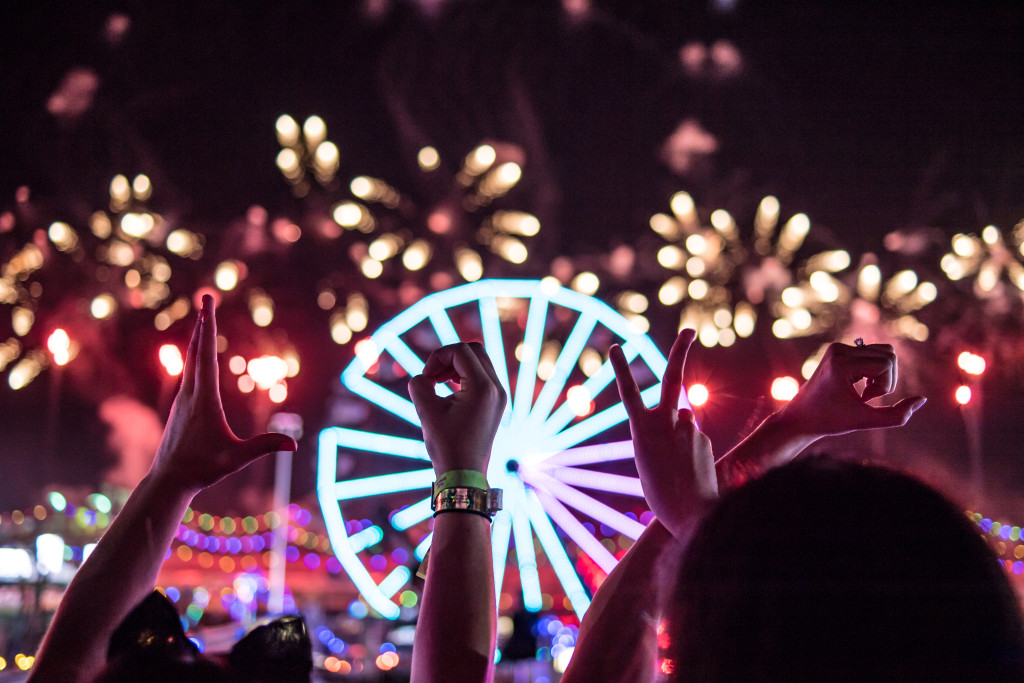 My first EDC experience was everything I could have asked for, and more. From the friends I made, to the music I moved to. From the money I spent, to the kandi I traded. I don’t regret one minute of this past weekend. And, I can confidently say that I’ve found myself a new tradition as a raver with this festival, and I have all intentions of returning next year.