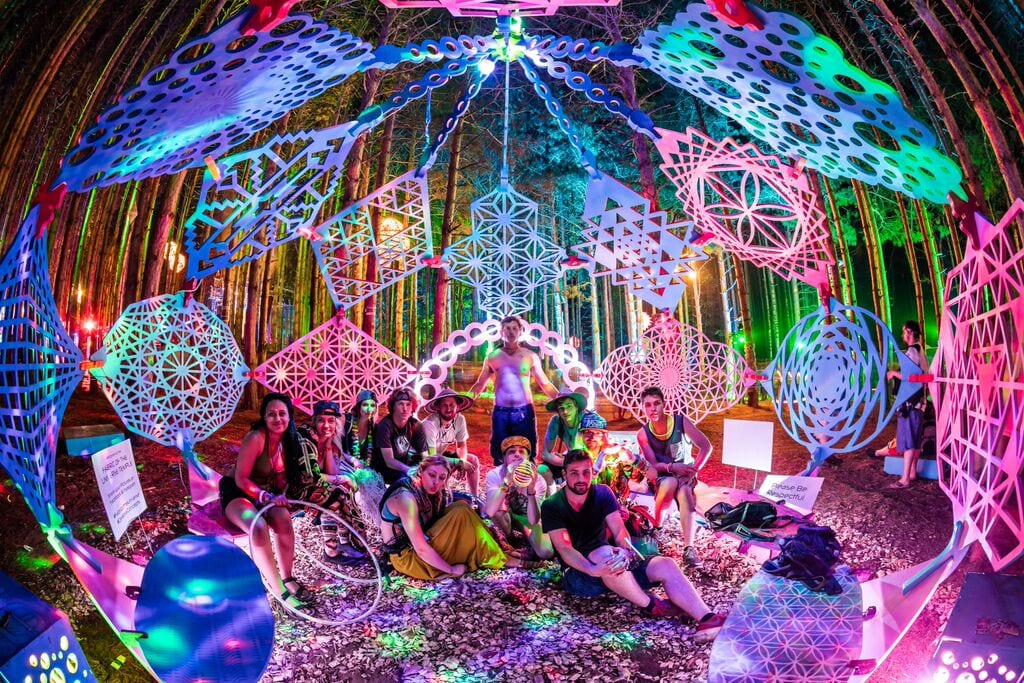 It’s hot. It’s crowded, and when those two qualities are combined, the result is humidity. Not the natural kind that you have to deal with for six months down south, which still sucks, but the unnatural kind that comes from a heap of sweaty bodies packed into a manmade tent trying to slide past each other. You know you don’t actually want to be in there, but for some reason everyone in your group at this festival just had to break through the perspiring masses to try and get a glimpse of that one DJ who just came out with the new single that everyone, besides you, has absolutely fallen in love with.

So there you stand. Uncomfortable. Covered in sweat that’s only partially yours, but why? There’s a part of your brain trying to convince the rest that this is something you want to be doing. I mean, you’re at a festival with your friends right? That’s why you shelled out the hundreds of dollars to buy a ticket, because this experience wouldn’t be half as enjoyable if you were spending it alone. People who undertake social activities like eating out, or seeing a movie, or going to a festival alone are losers, as per standard social stigmas, and you don’t want to be a loser.

Those are the kinds of thoughts filling the minimal amount headspace that isn’t being actively squeezed out of by the shirtless fraternity losing their shit over the last predictable drop…until one of those frat-guys elbow connects with your nose. Your head jolts back, knocking over the beer in the hands of the girl behind you. As you check your nostrils for blood, which luckily isn’t there, the girl’s screeching tone indicates that she doesn’t realize her beer was spilled because of a series of unfortunate events, to which you had the worst outcome. Now in addition to standing in a crowded room watching a DJ you don’t care about, your face is hurting, you’re getting screamed at, and you just realized your friends are nowhere to be found. Coming to the conclusion that they gradually faded into the shirtless mob, you realize you have two options. You can either try to dig deeper into crowd and hope that you see a familiar face, or you can conquer your fear of looking like a loser and get the fuck out of there.

At first you feel the expected need to do the former, but another elbow to the chest two drops later causes a complete mental one-eighty and soon enough you’re fighting to escape the labyrinth of bodies. Slowly but surely the air becomes fresher, the crowd becomes thinner and after one of the most arduous journeys of your entire life, you have reached the open festival grounds. However, there is a slight problem. You’re completely lost.
You know you’re in the festival, and you know that your campsite is somewhere, but you’ve spent your whole time here latched on to the idea that you needed to be a part of the group that you didn’t actually pay attention to where things were, you just followed everyone else.

Up until this point, you’ve undoubtedly noticed that I have presented this story from your point of view. Why did I do that? Well it’s the same reason I can’t continue the story in the same manner. Early in festival careers, everyone feels the urging need to follow the leader; to stay with the group even if it means seeing a bunch of artists you don’t care about or being forced into a horrendous crowd like the one described prior. Just the same though, there will be a situation where the need to stay together isn’t enough, and you’ll leave. However, what happened next is entirely up to you.

Being lost at a festival presents a unique opportunity of self-exploration that no one can predict or describe other than yourself. Some people remain attached to the idea of incessantly being a part of the group, and will spend their time alone waiting outside the tent for their friends or vigorously searching the grounds for their campsite, only to sit and wait for their friends to come back. However, when looking out at festival alone, some people will realize that they are free of restriction. You don’t have to wait for anyone, you don’t have to break into any bank vault-esque crowds, and you don’t have to put up with music you don’t like. When you’re lost at a festival, the only thing you have to follow is your own intuition, and if you can have faith in that alone, the festival will work for you. The people you meet, the music you hear, everything you experience will happen the way it was supposed to because nothing else will lead you there other than you. So the next time you’re out, try getting lost. You’ll most definitely find something you like.