The man with arguably one of the best beards in the music industry has released his latest single ‘Mirage’ on Factory 93 Records. That man known in the techno and house music scene is Will Clarke and he’s been rocking the dance floors across the world. Will had a tsunami of ID requests for the unreleased track at the time when he played it during his Escape Halloween set last year that’s available to check out on Youtube.

“I’ve been excited about this record to come out for a long time and I’m super happy it’s coming out on F93.” “I love how they are growing house, techno, and all the genres in between from America.” – Will Clarke

Will Clarke is not only a DJ/ Producer, but he hosts and produces weekly podcast episodes for ‘The Will Clarke Podcast’ that’s available on Apple Podcasts or Spotify. On his podcast, he hosts a variety of artists and dives into their stories. He has aired over 100 episodes and has hosted artists such as MK, Laidback Luke, Spencer Brown, Carnage also known by GORDO, Duke Dumont, Chris Lake, and Walker & Royce. 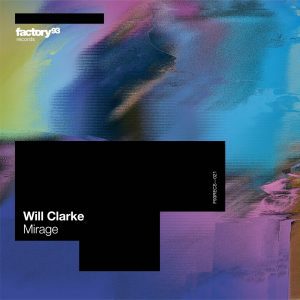