It seems like each year every company is getting in on the April Fools Day action. From fake festival lineups, outrageous product announcements and surprises around every corner of the internet, the jokes are getting wittier and surprisingly more awesome.

This year was no different when YouTube (who has been playing April Fools pranks on us for the past few years) delivered probably one of the most epic pranks we have ever seen.

It’s very likely you’ve seen and heard of the song ‘Sandstorm’ by Darude and probably have been trolled at least once on the internet by someone using commenting the song on a social media post. Over the past year or two the infamous track from 2000 has been resurrected across social media and dance floors around the world.

This year for April Fools, YouTube decided to troll us. Hard. When searching for ANYTHING on Youtube, the site responds with “Did you mean: Darude – Sandstorm by Darude.” That’s right, Youtube directs you to search results for the iconic hit ‘Sandstorm.’ 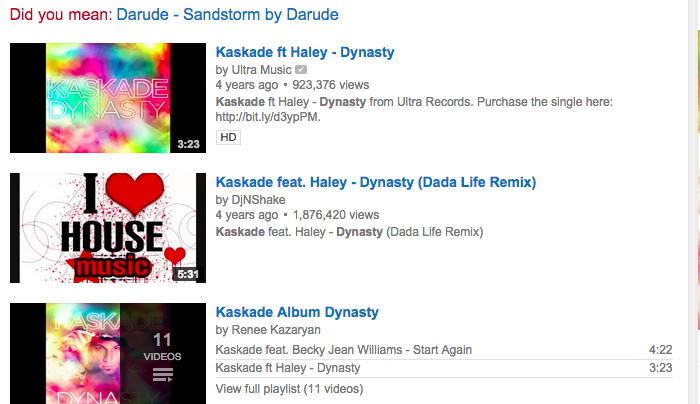 In what was probably one of our favorite April Fools jokes this year, we don’t think YouTube can ever let this one down. Check out the joke right now at www.youtube.com. Congrats YouTube, you successfully trolled the entire internet. Job well done.