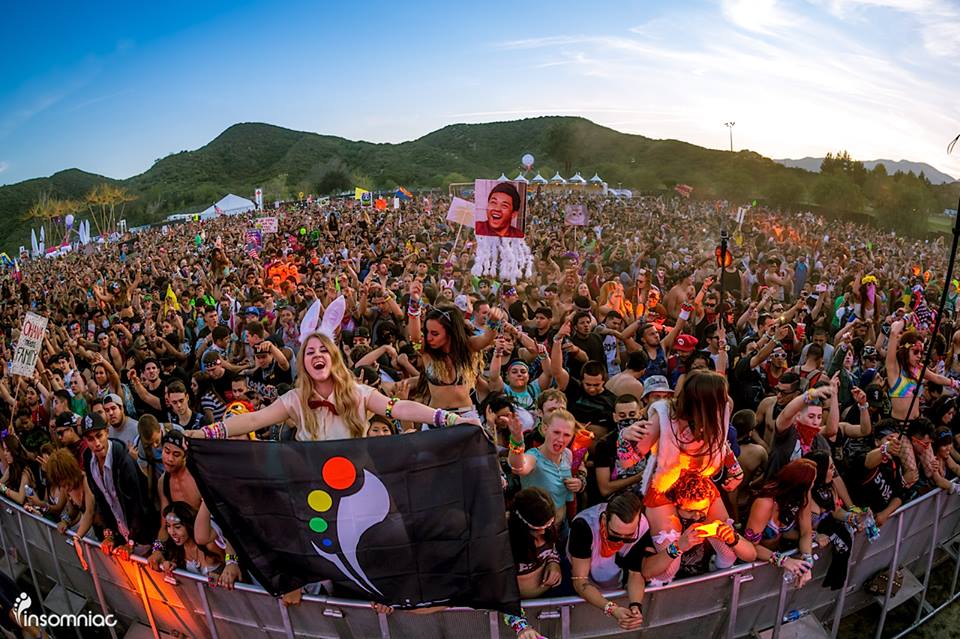 “When day breaks in Wonderland, the mischievous creatures of the night withdraw to the shadows, and a colorful new cast of characters takes flight throughout the realm. Harlequin acrobats and intriguing insects entertain the queen and her royal court, while fantastical animals of all shapes and sizes run wild. In this place beyond our imaginations, colors shine brighter, smiles are wider, and all the majestic flora and fauna of wonderland come alive like never before…”, Beyond Wonderland Southern California festival guide 2015.

Beyond Wonderland made its grand return to the alluring southern California fields of the San Manuel Amphitheater in San Bernardino, Ca as an epic two-day festival. After taking a brief hiatus from its southern California location and focusing on the northern bay area, the hookah smoking caterpillar and his friends made their way back down the golden coast. Insomniac has always been known for bringing not just the hottest musical acts in the electronic music community, but also by providing a festival experience unlike any other through their various arrays of lighting, pyrotechnics, and “headliner” one on one experiences.

For two nights the vast green grounds of the San Manuel Amphitheater were taken over by four major stages (Queen’s Domain, Cheshire Woods, The Funk House, and the Mad Hatter’s Castle) with full force, each presenting a variety of notable artists from around the world. We must touch upon the fact that at first we were a bit let down as we were expecting a different stage set up for Beyond Wonderland’s anticipated return to southern California. The Queen’s Domain caterpillar made its debut (in the region) however it really did not bring the “wow” factor that we were expecting as the other stages seemed to lack the same feature. The Mad Hatter’s Castle was the same main stage that Beyond presented two years ago before its brief hiatus and the Funk House was the same Upside-Down Room setup that was presented to us at Nocturnal Wonderland last year. Insomniac has always strived to stay on top of their production value festival after festival regardless of the size, even so Beyond Wonderland brought the mediocre production that we would expect from any other festival with minimal changes.

Without a doubt when it came down to the musical acts booked for the festival, Insomniac got some of the best and influential acts in the business who know how to keep the energy going. Tiesto, Firebeatz. Aly & Fila, Simon Patterson, Green Velvet, and Z-Trip were just some of the many 30+ acts to grace the stages on the first day. Insomniac Records inaugural artist Arty, Knife Party, Andy C, Sub Focus, Carl Cox, Adam Beyer, and Delta Heavy among others all steered the crowd on a chilly second day of the festival.

One of acts that completely dumbfounded us over the weekend was the up-and-coming dub/trap soloist, Brillz who completely took the crowd at the Mad Hatter’s Castle to a new level. Comprising a set of his own hits such as “Buckwild” featuring Teddy Tuxedo and “Rvtchet Bitch” alongside “Turn Down For What”, made for one of the wildest yet most energetic sets of the festival. With everyone around us jumping up in unison, to a setup consisting of pyrotechnics and flames, Brillz became one of our favorite acts of the weekend.

Meet up spots at any festival are a necessity for anyone traveling in a large group. Various art structures and themed out decorations throughout the festival grounds made the task of reuniting with your companions much easier. A dandelion forest composed of larger than life lighting structures, a life-sized chessboard, and various sizable mushrooms were located throughout Beyond Wonderland adding on to the feel of the San Manuel themed grounds.

As Beyond Wonderland made its bright return back to southern California, the festival turnout showed us just how much the festival was truly missed. While we might have hoped for a more momentous set up, we can always count on Insomniac to accomplish that task in the near future. We can’t wait to see what the rest of the year awaits us as we prepare for the flagship event, the Electric Daisy Carnival Las Vegas.