After months of suspense, Desert Hearts Festival has released the lineup for their 2019 edition! This year the crew took longer than ever to announce their roster, and the anticipation has been well worth it.

Since its inception, Desert Hearts has always curated a group of artists outside of what many people expect from a U.S. house music lineup. These might not be the biggest names in the world who are hosting their own Ibiza parties. Rather they are DJs true to the form who embody the House. Techno. Love. ethos that’s allowed Desert Hearts to grow at such an extraordinary rate.

Of course, there are still some acts worth mentioning specifically. Archie Hamilton. Popof. Elrow mainstays De La Swing and Toni Varga are going back-to-back. This is a lineup for people who understand the true values of house music, which are the same values upon which Desert Hearts was founded.

Check out the full lineup below! Desert Hearts Festival will take place April 26-29 at the Los Coyotes Indian Reservation. Tickets are sold out. 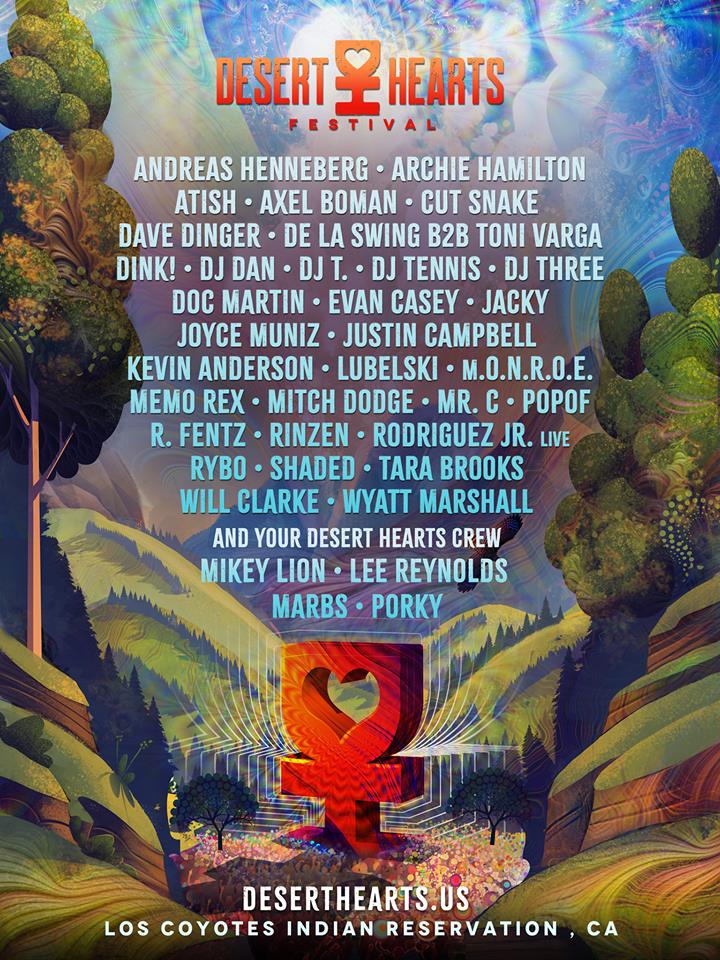 Stagehand Dies While Setting Up Coachella 2019