Although there is a little bit of everything for everyone at Odyssey Music Festival 20xx (OMF 20XX), the event focused on bringing distinguished techno and house talents from all over the world. Here are five artists all with their own sound that can’t be missed at OMF 20XX.

California Native, Kyle Walker, broke through originally back in 2016, by winning Insomniac’s Discovery Project, with his original track “Claude Von Deeper.” With fans praising tracks like “Strut” and “midnight dancer” it is clear Walker can bring some heat to the dance floor.

Once describing his music in an interview as “that house music you can listen to in your car or get down to in the club.” It’s sure to be a giant groove session during his set this weekend at OMF 20XX.

Back in 2002 at the promising age of 16, Smith decided to dive right into practicing speed garage, bassline house, and UK garage. Combining a heavy bassline with techno-influenced BPM, Smith has established her own rhythm to house music.

After dropping the hit single “Rhymes” with Chris Lorenzo in 2014, Smith has not stopped pumping out tracks that make her regularly heard in households all over the world. The energy at her sets is indescribable and a must-see at any event she is at.

Dropping tracks on some of the most respected techno and tech house labels like Intec Digital, Tronic Music, Suara Music, and more, Spain native, Rafa Barrios’, full, deep, fun-loving energy has packed out danced floors all over the world.

Barrios has this irresistible tribal mix that he adds to a techno sound, giving his fans a powerful place to get lost and release. Barrios describes his sound in an interview with Electronic Groove, by expressing that “when I make material, I do it as if I was dancing on a dance floor, that’s what motivates me.”

Thomas Greco, a New Yorker, growing up on Long Island, has dived right into the electronic music world, going by his last name Greco when DJing.

No stranger to music, Greco quickly jumped into music production, focusing on house music, after learning the piano at age seven. With a deep passion for electronic music, Greco has a goal to bring light to the house and techno community all over the east coast, with his NYC-based record labels Rawsome Recordings and Rawsome Deep.

The passion and vision doesn’t stop shining there, he is also the founder of OMF2 20XX, bringing the west coast of Florida an amazing showcase of electronic music.

Building house and techno out of NYC, Ky William, once a fan and now a producer, has hit the scene throwing his everything into the music.

Patterns and high hats are the foundation of William’s tracks, but his proper adaptive sound design is what grabs the attention of the listener in each one. He has one goal and it is to create emotion for his fans when they listen to the tracks he put his heart into.

Check out the full lineup for Odyssey Music Festival 20xx below: 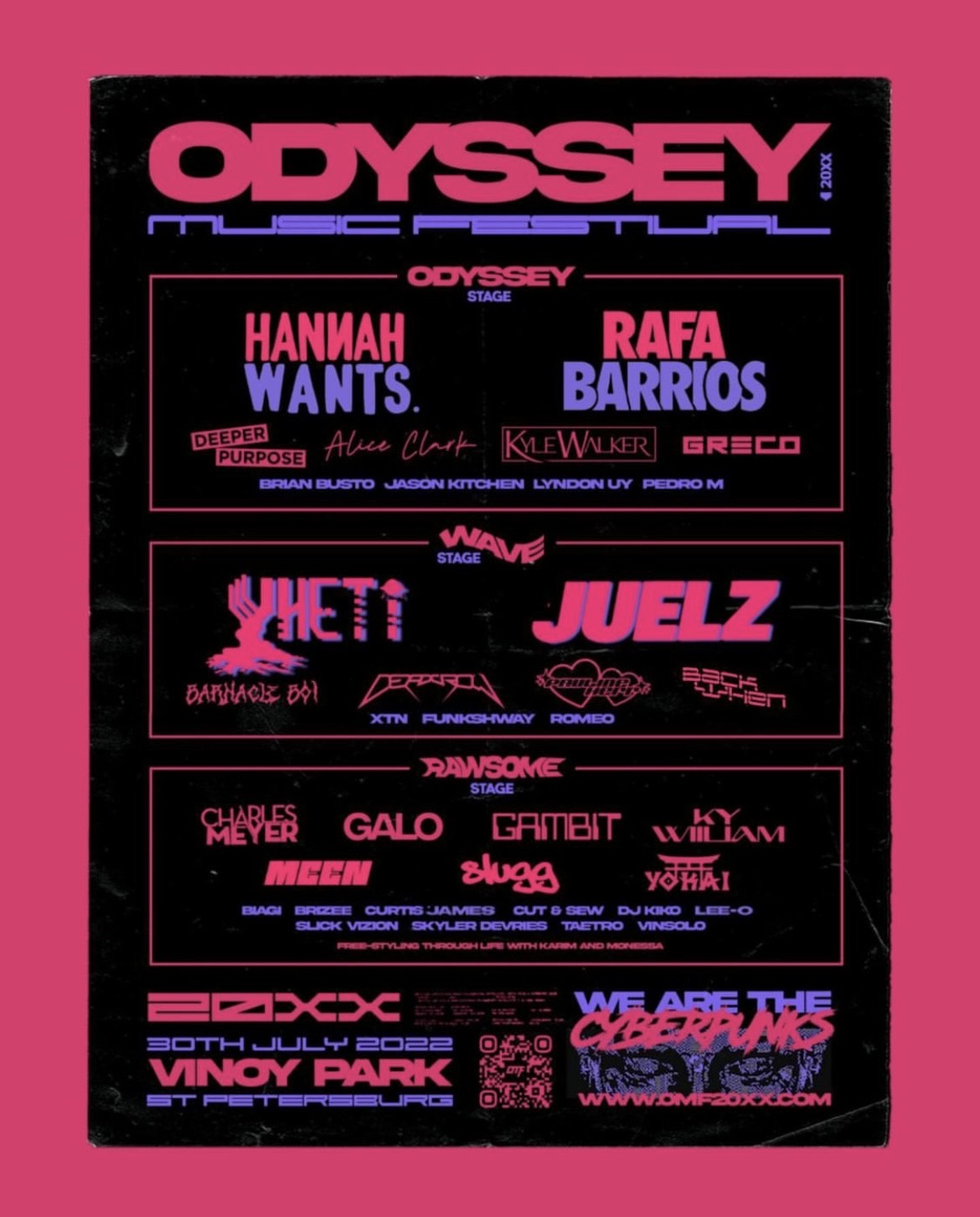