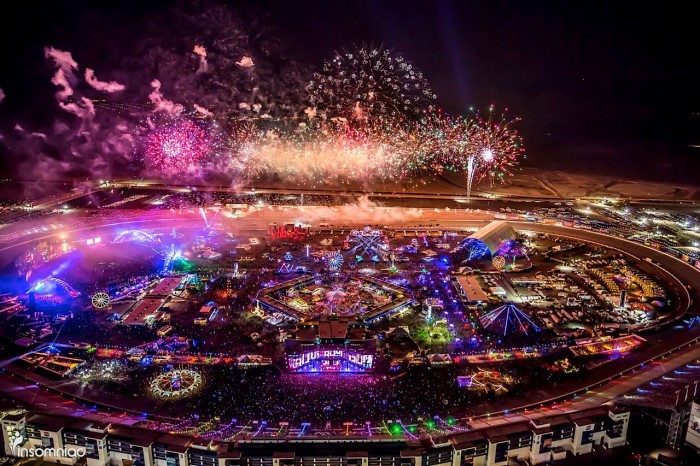 7 Ways To Festival On A Budget

Many fallacies about the EDM scene have been engrained in the negative stigma surrounding it. Other than the classics such as how electronic music can only be enjoyed by drugged-out morons or that all DJs are just glorified button-pressers, one stereotype that has never lost steam is that raving is as expensive as owning a yacht.

People read about Dan Blizerians $650,000 Electric Zoo package or how EDC Vegas offers an option for helicopter rides between your hotel and the festival and immediately assume that no one in the 99 percent can actually afford raving.

Granted, some festivals do offer amenity packages that sound heavenly, but beyond that festival promoters work hard to make sure these festivals can be enjoyed by anyone. Yes, ticket prices are increasing, which is something that can’t be avoided, but when it comes down to it, the ticket is all that’s actually required to attend the festival. With a savvy mind and a conservative wallet, you can attend pretty much any festival on a budget. Here are a few tips to festing without breaking the bank.

Some festivals out there are very expensive. Some festivals out there can be attended for almost nothing. As the season approaches, if you’re short on funds really think about what aspects of a festival are important to you. If you absolutely need to see first-rate artists on giant stages draped in LEDs, get ready to do a little more saving. If you just want to be in the festival environment surrounded by a community of like-minded individuals, you can make that happen with minimal funds. So many festivals offer volunteer options, and if that festival offers walk-in camping as well, then volunteering equals a free ticket and a free place to stay while you’re there. All festivals are possible to attend on a budget, but some are harder than others. Really think about which one is right for you.

I can’t tell you how many festival-mocking videos on YouTube involve this quote, and in reality, it’s used so much because it’s incredibly accurate. Festivals present an opportunity for both guys and girls to be themselves in a carefree environment, and one way of practically expressing that is through clothing. However, for some reason so many festival-goers express themselves by buying the most expensive stuff on the rack. Whether it’s an overpriced fur coat or a handmade outfit that would be more fitting for the beach, these outfits have for some reason become an unavoidable expense for some people when they want to rave. The thing is though, clothes are one of the most extraneous costs.

Unless you don’t have enough clothes to actually last for a three day festival, buying new ones is completely unnecessary. Maybe if it’s supposed to rain and you need a good pair of boots or a rain-jacket then that’s reasonable, but other than that, wearing some uber-flamboyant outfit won’t really enhance your festival experience. It is definitely cool to be looking weird like the people around you, but if the inability to purchase outfits is preventing you from attending a fest, you’re doing it wrong. Trust me, no one’s going to laugh at you for looking “normal.”

Back around the time of Woodstock and other giant, disorganized festivals, VIP packages were unheard of. These festivals were not about feeling pampered or having the best view of MainStage. They were about peace, love, and music, and in order for the attendees the experience that in full, they wouldn’t leave the festival grounds until the last note had been struck or security was actually forcing them out. By leaving the festival, you are forced to acknowledge that there is an outside world where these wonderful values are mostly forgotten. Also if you’re going to leave the festival, you probably had to pay for a hotel. Maybe festivals these days aren’t the same as they were back then, but one simple way they still honor that spirit is by offering camping, and there isn’t a single festival where camping is more expensive than a hotel. Instead of paying for three nights, you pay the single fee of buying a car camping pass, and there are even some festivals that offer walk-in camping, which means you don’t have to pay anything to camp. Some people may not have all the necessary supplies, but if you’re actually dedicated to festing regularly, then those supplies are a one-time fee that will more than pay for themselves after two or three fests. Oh and before you start, the supplies aren’t that expensive at all.

Like I said the supplies you need for a festival are not expensive at all. So you don’t have a tent? You can get one for $40 on Amazon. Sleeping bag? $25. If you’re smart about the way you shop those would probably be the two most expensive things on the list. To be honest, you don’t even really need money in your pocket while you’re there. After you let go of buying the $50 festival sweater or getting something from every vendor with a stand, the only things anyone needs at a festival are food and water, which are so much cheaper at the grocery store. Plus, pretty much every festival offers free water stations now and as far as food goes, who really wants to overstuff themselves at a festival? If you rely on consistent snacking throughout the day you’ll be fine, and there are literally billions of options for quick snacks. Chips, fruit, PB&J. All perfectly reasonable options that will get the job done just as well as the $12 pizza.

Even if the aforementioned amounts still sounded a little high to you, the best way to reduce the costs is too split them with someone. On top of the fact that many festivals will charge you to park if you don’t carpool, if you camp with more people, you can coordinate costs very well. One tent can usually fit at least three people, and one loaf of bread can last surprisingly long if rationed properly. If you and your friends are really dedicated to go to a festival, then working together will make it even easier. Even if you’re going to a fest without camping, by collaborating with other people, you can diminish room & board costs significantly. Split the hotel room. Stock up on top ramen. Even if you don’t have anyone to go with, the festival community is one of acceptance and kinship. If someone has the power to help you enjoy a festival, they will.

Let’s be real, when people mention supplies for a festival, there’s one thing that pretty much everybody, including the naysayers on the outside, think about. This also happens to be one of the most unnecessary expenses of all. These kinds of events have been associated with the use of drugs for decades. However (and I know this sounds like something your D.A.R.E. officer would say) just because everyone else is doing it, doesn’t mean you have to do it too. One of the reasons people love festivals is because they offer a different kind of freedom while you’re there, which is why people like to take advantage of that to the fullest extent by doing things they can’t really do anywhere else. What you’re actually spending your money on in that situation though is something that changes your perception of your surroundings, for better or worse. Instead of doing that, try enjoying the festival for exactly what it is. You’ll save a bunch of money and you’ll experience the festival in a different, yet surprisingly satisfying way. If you really need something to artificially loosen you up while you’re there, bring a 30-rack of Natty Light or a box of wine. The lord knows it’s not worth spending $12 per beer at the bars.

I know some of you are probably thinking something along the lines of: “this sounds pretty lame.” Going to a festival sober. Staying in a bare-bones campsite. Eating nothing but fruit and PB&J. For sure it doesn’t sound like the most ideal festival situation, but in truth if things like that really bother you, festivals might not be your scene. The number of fests that cater to extravagance are in the severe minority compared to the ones that don’t. Most fests just wan to give you the most they can for the price of a ticket. Having been to EDC Vegas and Coachella, which are two festivals with expansive options for wealthy attendees, I completely understand the desire to maximize your experience through money. It feels great to back to a spacious hotel-suite after a long night of buying everyone overpriced drinks in VIP areas then waking up and eating a delicious meal that was delivered to your door. However, those things would be nice no matter where you were or what you were doing, and those things aren’t what actually makes a festival special. They’re the icing on the cake. Festivals are special because of the music; because of the environments they curate; because of the people there with you, and the only thing you need to experience all of that is a ticket. So the next time you buy a festival ticket, think about why you want to go. If you’re just trying to blow money on a bunch of stuff you don’t need, try staying at home and getting a table at a nightclub. If you want to be part of something bigger than yourself, just know that you don’t need money to do that.