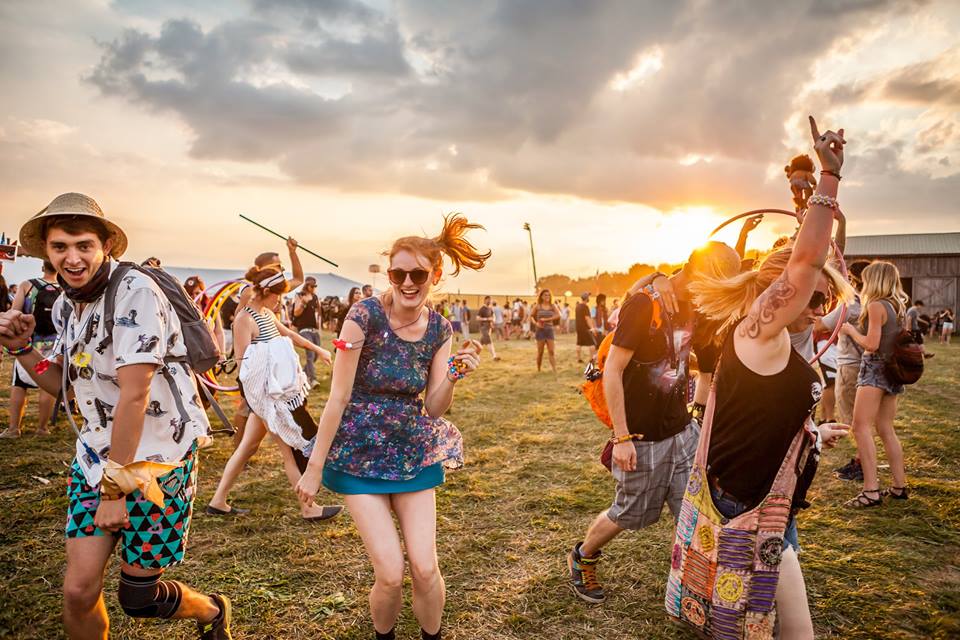 Why Going to a Festival Sober Will Change Your Life Forever

They’re not usually difficult to spot in festival crowds. The ravers who are, let’s say, enjoying themselves a little bit too much – those who may have lost sight of why they’re (hopefully) there in the first place – for time with friends, great music, and memories that will withstand the tests of time. And chances are – we’ve all been there at one point.

For me, it was about a year ago, at one of my first festivals on the east coast. While I did consider myself someone who kept their composure most of the time, I was one of those people who had never been to a show or festival completely sober. Since it was the summer, the heart of festival season, and the first night of a weekend-long event, I felt that my tolerance was up, and that I could push myself a little further than normal.

Well, I was definitely wrong about that. After realizing I wasn’t fit or comfortable to be at the festival anymore, I took an Uber home by myself – missing a Dillon Francis closing set. I felt awful, and like I had missed out on a large part of the festival experience I was looking forward to most. My memories with friends were cut short, I missed one of my favorite DJs, and also didn’t put myself in the safest of situations by stumbling home alone in a city I was largely unfamiliar with.

For no reason other than the fact that I was exhausted and hungover beyond belief the next day, I decided to go to the second day of the festival dead sober. I was definitely nervous, but knew my body wanted water, food and a somewhat relaxing day with my friends.

What I never could’ve imagined, however, is that one day of sober raving changed my entire outlook and opened my eyes to so many facets of festivals that I had been previously blind to.

First off – and possibly the most important: the music.

Raving sober gives you such a sense of clarity when you’re listening to an artist on stage. You may pick up on a song you love, take a video of it or jot down some lyrics, and be able to find that song online the next day. You are more aware of what artists actually captivate their audience, mix up the songs in their set and truly create a piece of art for an hour while they’re on the stage. When you’re raving sober, you’re also probably more likely to explore other stages and check out new artists because you’ll have the wherewithal to make the most of your festival experience.

If you’re anything like me, then people watching at festivals is half the fun. But it’s even more fun when you’re raving sober, because you pick up on every little thing. Totems catch your eye, you see ravers shuffling like crazy out of your peripherals and you have a heightened awareness to pick up on blink-of-an-eye moments that might take place within a crowd during a set.

When you actually stop and take a moment to think about the intricacies of the sets, lights and graphics, you’ll be a lot more appreciative of your festival experience. I was sober raving this year at Tomorrowworld, and I spent most of my time at the main stage not actually listening to just the music, but staring at the performers and different parts of the stage that made the whole production so mesmerizing.

This one goes without saying, but is important to reiterate nonetheless. By raving sober, you increase your odds exponentially of having a safe festival experience. We hear way too many tragic stories about kids getting too drunk or overdosing, and being sober may not only help you but also those around you. As a sober raver, you can help those around you by keeping an eye out for ravers who might not be feeling so hot.

Vibes and energy can make or break a festival. But if you’re too under the influence and not self-aware or aware of your surroundings, you may not be able to differentiate a great crowd from an awful one. And not that a crowd should necessarily make or break your experience – but by being sober, you can vibe off of other’s energy much more easily than if you’re struggling to make it to the closing set. Also – make time to take in your surroundings – especially at festivals surrounded by nature like Tomorrowworld or Electric Forest.

Certain fans dream about pressing the button for Above and Beyond. Others may want to meet their favorite artists more than anything. And some ravers may want a future career in EDM, covering shows and events. All of these dreams are much more likely to become reality if you rave sober, simply because you have an end goal to strive towards other than getting drunk or high. Sober raving is especially important if you’re looking to break into the industry – no one wants to read a recap of a festival that doesn’t make them wish they had been there. While some of the artists I’ve read interviews from say they don’t care if they see fans not completely in control, others have mentioned that they appreciate a fan who can rave sober and make their experience all about the artistry behind the music.

This September, I raved sober the entirety of TomorrowWorld. It did come with a couple of challenges – getting tired early, having to take care of some definitely non-sober friends, being (slightly) miserable in the rain and missing out on some of the late night/early morning afterparties – but it was one of the best experiences I’ve had at a festival. I felt so in control of my wants, my needs and my destiny, that I gained a deep appreciation for so many new aspects of my life.

While I don’t think I can call myself a ‘100% sober raver,’ I do think it’s of the utmost importance for every raver to try it at least once – especially over a three or four-day festival!