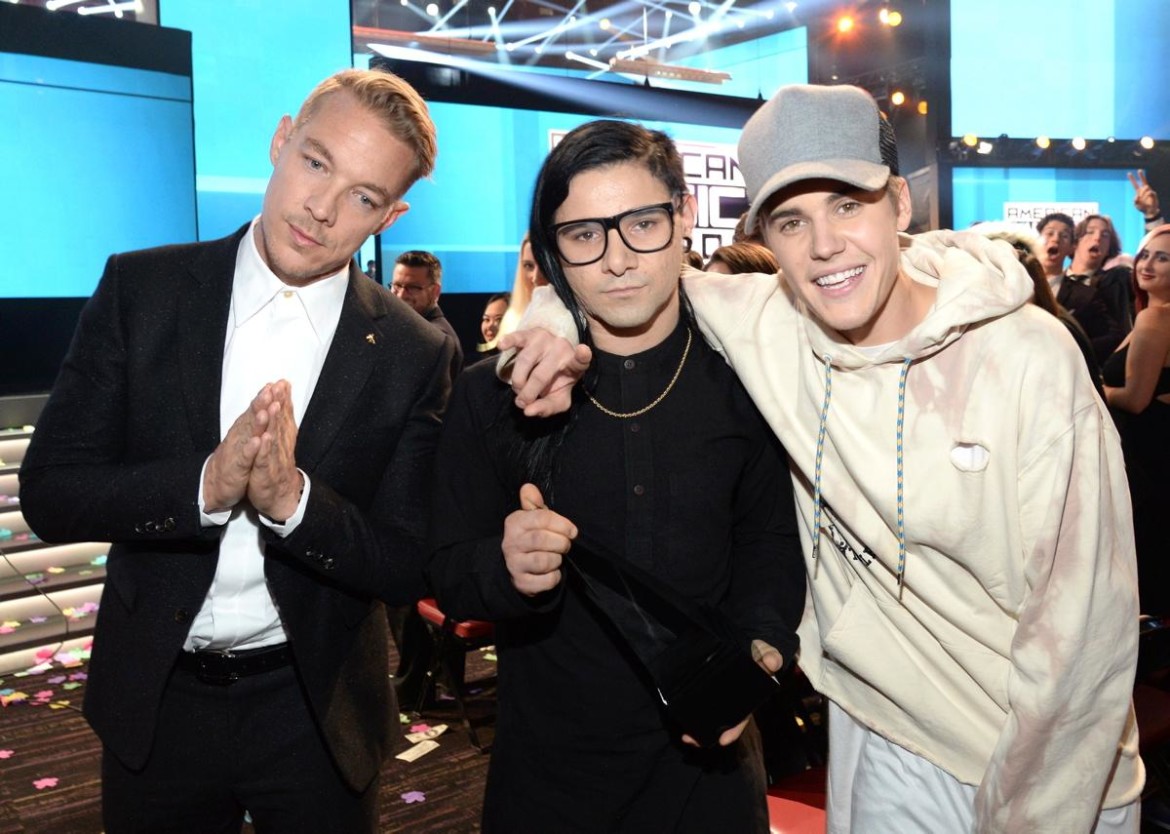 What The AMA’s Mean For EDM

With the words “For Your Consideration” being plastered all over billboards and newspapers in larger and larger print, it’s clear that awards season is ramping up. The Grammy nominations will be out December 7th and the Oscar nominations will be announced January 14th, 2016.

While these award shows in all their prestige will receive the majority of the media attention, one award show just passed that actually says a lot about the state of EDM in the music industry: The American Music Awards.

The main factor separating the AMA’s from the Grammys and the Oscars is that the AMA’s are based on public votes as opposed to votes within the industry, which is why there are only 22 AMA categories as compared the Grammy’s 83 categories. (Let’s face it, the public doesn’t care about the “Best Classical Compendium”)

So why do public votes say so much about EDM?

If you look at the one EDM based category at the AMA’s (Favorite Artist), there isn’t much depth. Calvin Harris took home the award, and his only competition was Zedd and David Guetta, a.k.a. two more superstar arena DJs who are making upwards of 400k per night.

What does speak to where EDM stands in the music industry was the award for “Collaboration of the Year” which was received by Diplo, Skrillex, and Justin Bieber for their utter smash hit, “Where Are Ü Now”. 2015 was the first year this category existed in over 40 years of the AMAs.

Many surface-level music industry observers wouldn’t say this was surprising. They see Bieber. They see Skrillex. They see Diplo, compare it to EDM’s phoenix-like rise, and all they see are three humungous stars that are just as mainstream as the three artists competing for “Favorite Artist – EDM”. However if you approach the awards with a little more depth, some interesting truths begin to appear.

First of all, the award they received was “Collaboration Of The Year”. As such, it was given completely independent of genre, which makes the competition much more fierce. This newfound power trio behind “Where Are Ü Now” went up against musicians that have not only been in the industry for much longer, they were competing against musicians that are considered some of the best and most influential of their generation. They beat out Kendrick Lamar & Taylor Swift, Wiz Khalifa & Charlie Puth. They even came out on top of a Beatle: specifically Sir Paul McCartney on his single “FourFiveSeconds” with Kanye West and Rihanna (two more names that have much more juice than Jack Ü and Bieber).

If any Beatles fans (other than the author) are reading this right now I can imagine what you’re thinking, and it’s probably along the lines of:

“The fact that “Where Are Ü Now” took home the award over Sir Paul McCartney by popular vote means that today’s music culture is full of a bunch of ecstasy-fueled degenerates who have zero semblance of what music actually is.”

Did I get close?

Personally, I’m a huge Beatles fan. The first song I ever heard that wasn’t an educational jingle for toddlers was “Strawberry Fields Forever”, and even though it is a bit disappointing that one of the greatest musicians to ever live was bested by two laptop producers and some kid Usher found on YouTube, I still think this is a good sign for the industry.

Think about “Where Are Ü Now” compared to past hits from the EDM spectrum like “Turn Down For What?”. While the latter is literally an ode to getting as drunk as possible, the former represents a more soulful side of electronic music. There aren’t any overly suggestive lyrics, harsh synths or migraine-inducing attempts at a melody. Just like the rest of Bieber’s work, the song is a piano-driven love ballad. Skrillex and Diplo just teamed up to produce a drop that sounds the nothing like their other work, but the catchiness of which is undeniable.

The trend of EDM has been leading away from the “louder is better” philosophy for a couple years now, but these more “sophisticated” styles still fell under the “unce unce unce” umbrella with genres like deep house and techno. With “Where Are Ü Now”, beating out other hits from 2015 by popular vote,  Skrillex, Diplo, and Bieber have proven that EDM is more than just “unce unce unce” and partying; its real music.