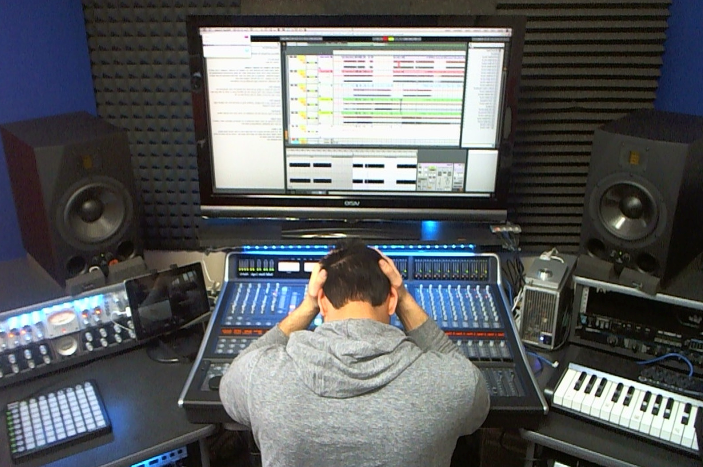 What To Do When You Can’t Finish Tracks. Pt. 1

As the resident producer at EDMManiac.com, I am all too familiar with the burdens of trying to finish tracks. Over the next few weeks I’m going to show you some simple tricks to complete those tracks instead of having them accumulate digi-dust on your hard drive.

Focus on the process and the result will come

If the idea you had was so amazing that it inspired you to start then its probably worth pursuing. It’s like riding your bike down a hill; the first bit is easy and you don’t have to do any work. As the ground levels out though you eventually start peddling.

Let me tell you, most of music production is peddling. Thinking  your just going to breeze through every track unassailed by boredom or difficulty is a fantasy – it’s hard work. But it’s all worth it. Once you have your basic idea, refuse to deviate from it. Just keep plugging away at it, you’ll get there, or at least significantly closer to where you want to be.

Learn to create a ‘scaffold’ to finish tracks more easily

Plenty of producers forget that arrangement and songwriting are completely different skills. Even if you are trying to create Beatport bangers, you need a scaffold to work from, especially so infact. So many times I’ve half made a song and realized “I have no idea where to go from here.”

Motivation obliterated. You always need a next step.

Learn to break it down into small chunks so and ask yourself “What am I trying to achieve here?”  An examples might be “I am EQ-ing the vocals so that they don’t clash with the lead synth.” You must be as specific as possible. Once you know exactly what you want to do, you will be amazed at how easy it is to get it done. It sounds simple but do not underestimate this process. An excellent resource for this is Gary Ewer’s ebook on this topic ‘A Complete Guide To Songwriting’, an excellent book that taught me an awful lot about how to make better music. Don’t be fooled by the chintzy looking website, the info is fire.

Know what your working on

As well as specificity you have to be working towards something significant in terms of your track. Work from the outside in: to ensure you can successfully finish tracks get your structure, basic beat, vocals, basslines chord patterns and melodies down first and DO NOT OBSESS OVER THEM. They don’t have to be perfect just yet. Remember it’s better to be roughly right than precisely wrong. You don’t want to spend 6 hours on something that is ultimately going nowhere because you painted yourself into a box.

I suggest you start to make a habit of pulling yourself up on how significant what you’re working on is. It may be fun to tweak for hours at a time but you may need to delete that section if it doesn’t flow properly into the next one. Don’t waste your time on the specifics if the big picture isn’t sorted. It isn’t worth making the icing until you’ve baked the cake.

The upshot of working on a track’s structure is that it dramatically increases the overall quality of your tracks. After all, if a track doesn’t flow well from verse to chorus or stops dead when it should have a nice coda, it really doesn’t matter how big your basslines are or how crisp those hat sounds are.

Pt. 2 on how to finish tracks coming next week!