Now, Dancefestopia released a super stacked lineup that is sure to build a lot of anticipation for festival goers! Headliners for this year’s edition include Adventure Club, Bingo Players, Borgore, Excision, Gramatik, Griz, RL Grime, Seven Lions, Head Hunterz, and plenty more. It’s an awesome selection of over 100 EDM acts, with numerous big names as well as some of today’s rising stars. Check out the rest of the lineup below: 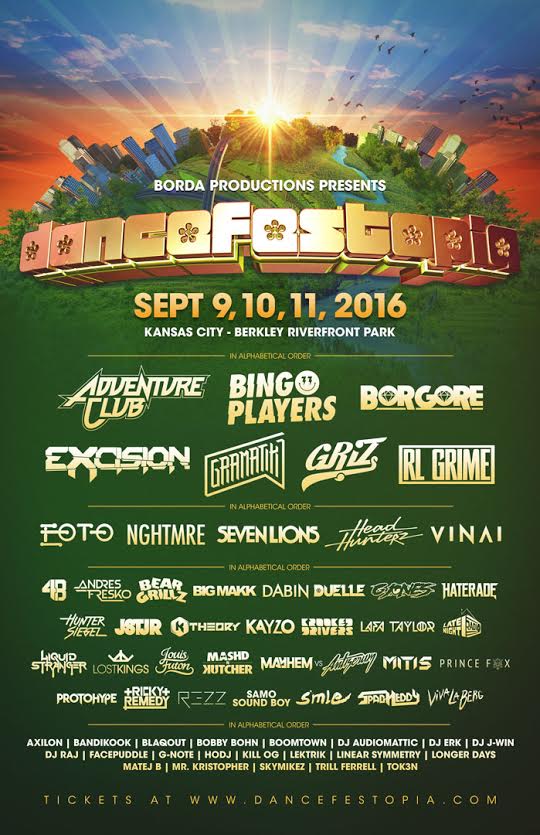 Boasting a “NEW MASSIVE STAGE + ENHANCED PRODUCTION,” Dancefestopia is yet another festival striving to stand out in the growing list of electronic music events around the world. Other features include “non stop music,”  “secret sets” on a secondary stage, helicopter/canoe tours, firework displays, camping accommodations and VIP options as well.

Insomniac's Beyond Wonderland SoCal Brought An Estimated $15.5 Million To San Bernardino County In 2015