Just last week, Electric Forest promotor Madison House Presents and AEG Live got the final word permitting them to bring a new music festival to the Buena Vista, Colorado area. Now that it’s all official, the festival’s name, initial lineup and trailer have all been released to build hype for yet another inaugural festival in 2016. 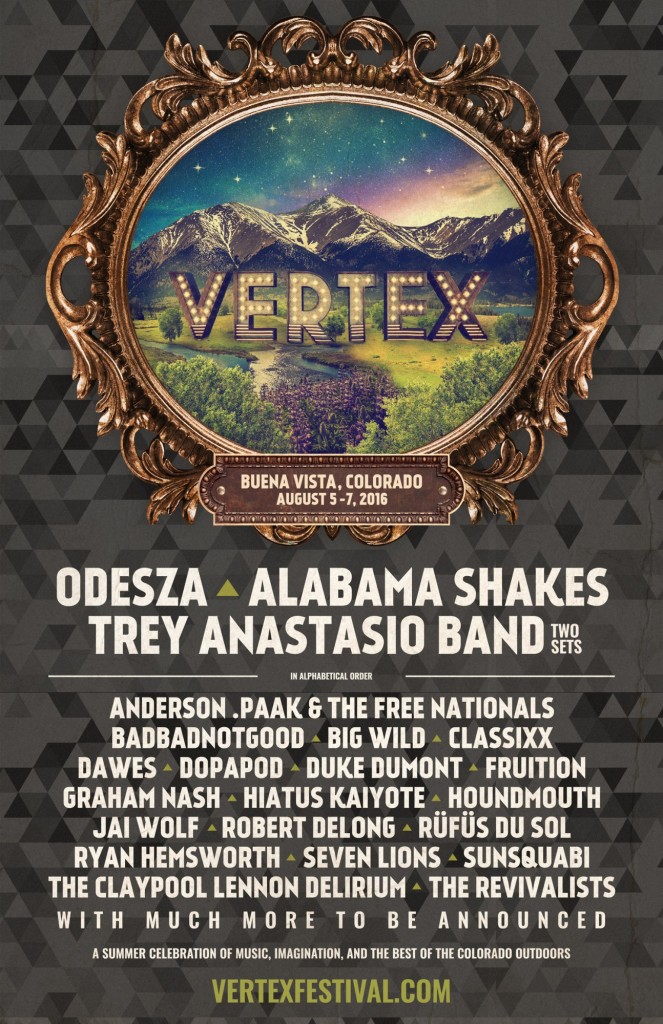 Vertex, will be held on the Cottonwood Meadows ranch just outside Buena Vista, Colorado. From August 5th – 7th, 2016 the new music event will feature camping options, as well as rafting along the Arkansas River and other environmentally immersive excursions. The lineup is eclectic too, showcasing electronic music and hip-hop, as well as rock and indie live performances. Included in the initial announcement are headliners like ODESZA, Alabama Shakes, Trey Anastasio Band, Duke Dumont, BADBADNOTGOOD, Big Wild, and many more.

Tickets won’t be available until 12 Noon MT on March 25th, along with more information on travel and lodging. Keep an eye on the official website for more, including additional artists to be announced. In the mean time, take a look at the trailer for Vertex below!