Once again, the legendary David Guetta showcases his talent as the world’s top DJ by staying ahead of the times when it comes to current trends in the music world and beyond. This time, it is with a remake of the Fleetwood Mac classic “Dreams” featuring a video with the now-iconic Doggface that shot to instant fame after his viral TikTok video to the 1970’s original soft-rock hit. Back in September, Nathan Apodaca (known by his TikTok handle @doggface208) brought the song back into the spotlight after creating a video of himself skateboarding to work while drinking Ocean Spray juice from the bottle as the track played in the background. As viral trends often start, the TikTok community and beyond were drawn to the video for the pure joy, positivity, and overall good feelings the video incited. From there, the rest is history as Fleetwood Mac was brought back to life in full force decades later in 2020.

Keeping up with the trend, David Guetta jumped onboard and recreated the track in a collaboration with Danish DJ MORTEN and vocalist Lanie Gardner for an incredible dance version of the catchy song. Lanie Gardner found fame prior to the collaboration with over 7 million views on her cover of “Dreams” on YouTube that was released back in early October shortly after the debut of Doggface. Part of the release of the David Guetta version includes an official music video featuring Doggface as he brings children along with him as he drifts in and out of his dreams while skateboarding and enjoying some Ocean Spray cranberry. After being voted #1 DJ by DJ Mag Top 100 this past year in addition to Dohis Future Rave collaborations and epic live streams, the is yet another accolade under his belt as David Guetta continues to impress the electronic music community and beyond with his dance music. 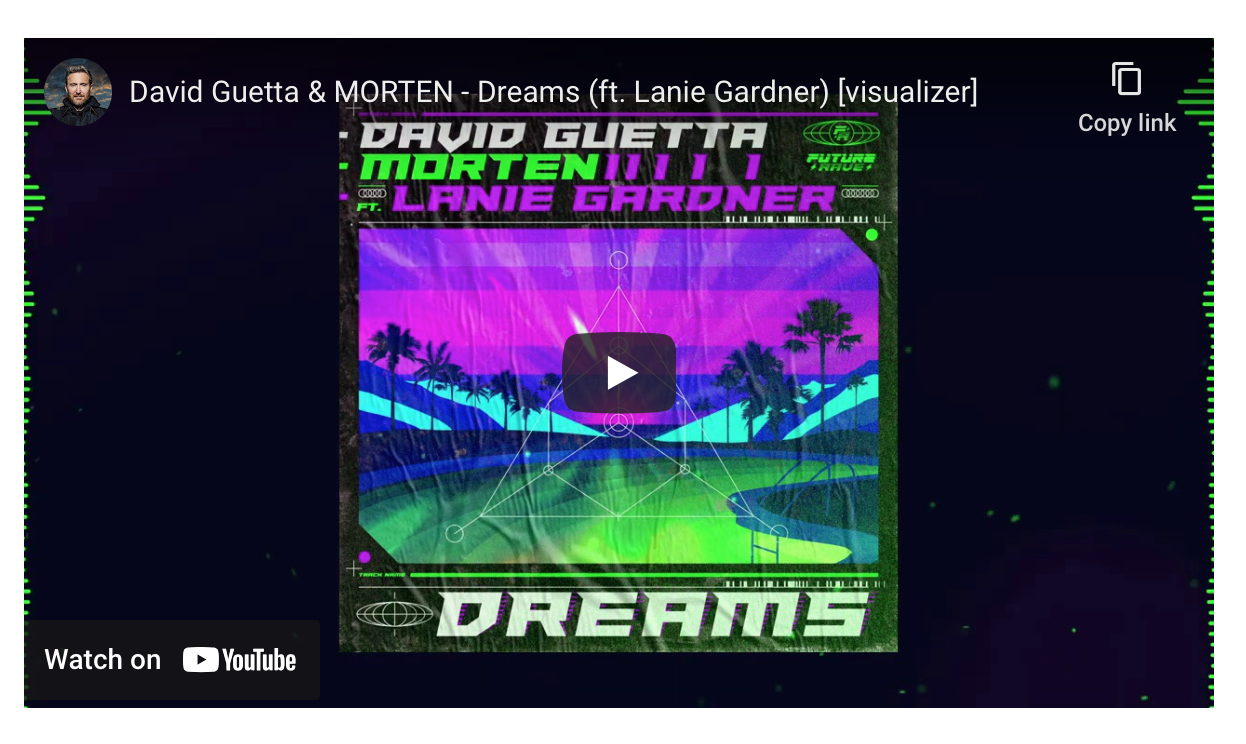