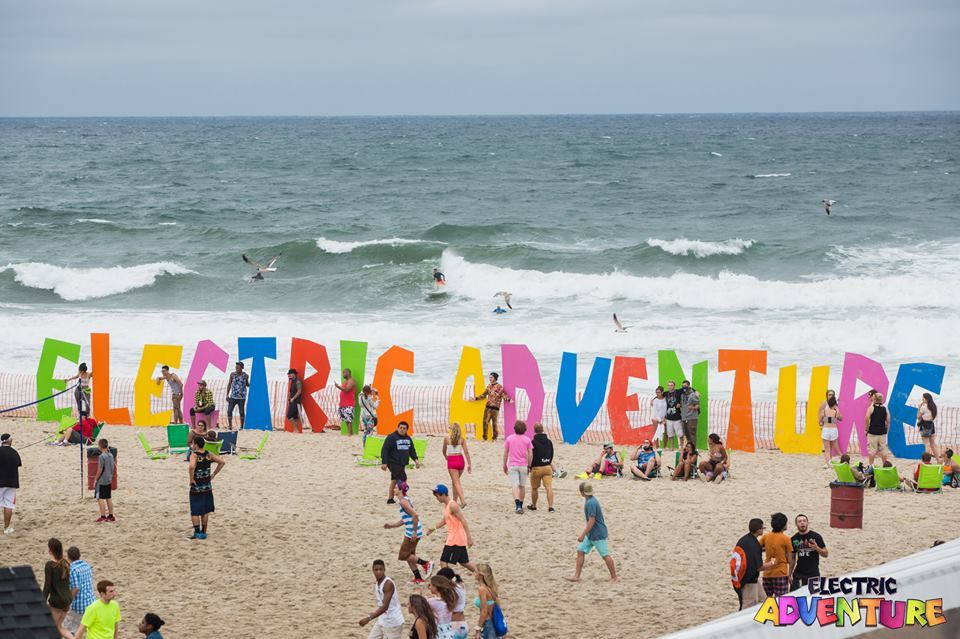 Before I entered what I would call my “hardcore” raving days, I decided to reunite with one of my best friends from college at Electric Adventure 2013. It was the second year of the festival, and while I was definitely into the music, I went more out of convenience and the mere fact that it was held at Six Flags Great Adventure – 20 minutes from my shore house. Looking back on it, it was one of the best weekends I can remember. I got to see GTA, Flosstradamus, Deorro, and Dillon Francis on the grounds of an amusement park on a perfect summer day. While I couldn’t attend Electric Adventure on the second day, or at all in 2014 because of work obligations, I could not be more excited to cover the event in 2015.

Initially, there was some skepticism of Electric Adventure coming back with a powerful and improved lineup. Well, whatever doubt people had was erased immediately when the lineup was released this spring. Featuring almost every genre of EDM that’s out there, Electric Adventure stepped it up in a HUGE way. The two-day festival will feature six stages (two main stages) in the sand on the Atlantic City boardwalk. Bingo Players, A-Trak, Keys N Krates, Tritonal, Brillz, and 3lau only start the list of 60+ performers who will be a part of the festival’s fourth year. Headlined by Pretty Lights, Dillon Francis, Big Gigantic, G-Eazy, and special guest Kygo, Electric Adventure is one NOT to miss if you’re from New York City, New Jersey, Philadelphia, or even Maryland and Delaware. The festival will also have a plethora of food options, in addition to beach activities such as volleyball, and is located right off the boardwalk (so there will always be something to do).

A few key things to think about in the time leading up to Electric Adventure:

So, now that we’ve gotten some of the logistics out of the way, here are just a few of the DJs I’m looking forward to seeing on August 1st and 2nd.

I saw Brillz this past October at a small venue in upstate New York. And then, I saw Brillz at EDC Las Vegas. And I am now completely hooked on the NJ native. He threw down one of my top three favorite sets from Vegas, and brings an insane amount of energy. His “Crazy” bootleg along with Snails was one of the most played songs in any EDCLV set, and he has been on fire for all of 2015 thus far. If you like to get down to some wild bass, make sure you don’t miss his set (and, plus, as a NJ native, you know he’s going to make it extra special).

Tritonal recently announced a fall bus tour that covers most of the continent that they will embark on in September, along with Cash Cash and various openers. The Texan duo just released “Gamma Gamma,” which has been extremely well received by the EDM community. Their radio show, “Tritonia,” is my go-to source for kandi making playlists. Just imagine listening to “Anchor” live while the sun sets on the beach, and you’ll be sold on catching their set.

Prepare to really get the party started at Party Favor’s Electric Adventure set. Again, one of my top sets at EDC Las Vegas, Dylan’s humble rise to the top has been beyond enjoyable to watch, and I really can no longer call him “up and coming”. Party Favor’s 2014 single, “Bap U,” made its way into a T-Mobile commercial as well as the trailer for Vacation (2015), and his recent release “Booty Loose” is expected to have just as much success, if not more. A Party Favor set will leave you all sweaty and smiles, with the perfect ratio of throwback remixes to dirty drops.

Last time I saw 3lau, he played at my college in NY for a crowd of probably 100 people and strictly mashed songs. That was 4 years ago. I love writing about DJs who have recently risen, and 3lau is one of them. “How You Love Me (featuring Bright Lights)” was an immediate hit, and hits you right in the feels. In contrast, “Vikings (w/ Botnek)” shows a much harder side to 3lau; and most recently, “The Night (w/ Nom de Strip, featuring Estelle)” has taken the house scene by storm. Coming off of a fire performance at EDC Las Vegas, I can’t wait to see what Justin has in store for us in Atlantic City.

Having never seen Victor Niglio live before, I can only imagine the madness of one of his sets. His new EP, “Witchdoctor,” released on Yellow Claw’s Barong Family label, was played throughout EDC Las Vegas and other recent festivals. Niglio brings the Jungle Terror sound, created by Wiwek, to festival stages across Europe and the US. I suggest you check out his EP, and if you are an instant fan like myself, get ready to hear some filth at Electric Adventure.

I couldn’t not cover Kygo in this preview, could I? The final surprise guest to the EA lineup, Kygo is going to play a special day set on Sunday. This is ideal for people who couldn’t take work off on Monday, but who want to see the Norwegian sensation play “Firestone” live in front of what is sure to be a packed crowd. At only 23 years of age, Kygo has become one of the most recognizable names in the EDM community with his remix of Ed Sheeran’s “I See Fire.” Even though I’m usually one to go hard, I won’t be missing Kygo’s Sunday set for anything.

I wish I could preview every amazing DJ on the Electric Adventure lineup – but there’s just no time for that! In the meantime, check out some of the names you might not be familiar with on SoundCloud so you can make the most of your weekend. See you all in the sand in just over a week!