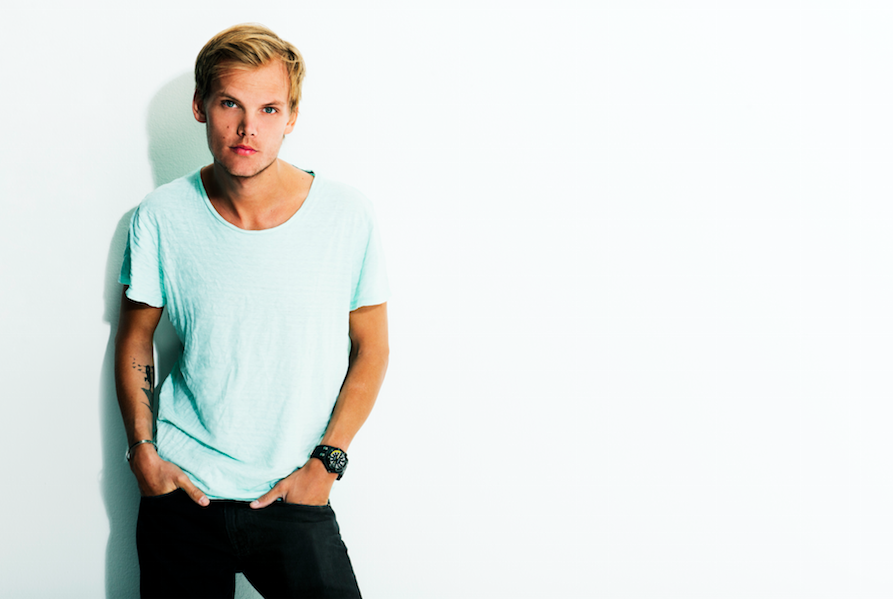 The End of Avicii: The End Of An Era?

A giant has fallen.

This past Thursday (3/29), in a heartfelt letter to his fans Tim Bergling, commonly known as Avicii, retired from the decks.

“I’ve decided this 2016 run will be my last tour and last shows,” the 26-year-old EDM superstar wrote as the third-to-last sentence of his thankful manifesto.

The average person who wasn’t really fan is probably thinking, “whatever”.

The EDM elitists and the general haters are probably thinking, “good”.

Some fans are probably crying, because they might never be able to see their idol again in the flesh.

Others are probably really bummed, but aren’t surprised. I mean, in all honesty, it isn’t surprising. He cancelled a tour in 2014 for gall bladder surgery. He was forced to cancel his appearance at Ultra that year because he had his appendix removed. Back in 2013, he told GQ magazine that he was diagnosed with acute pancreatitis due to his heavy alcohol use.

At the end of the day though, why he quit doesn’t matter. Figuring out the reason won’t make him come back. What does matter is that Avicii is the reason I know or can predict any of these things about any deejay.

Before Avicii this idea of deejays being celebrities on par with rockstars did not exist. Deejays were simply people who mixed records together and kept the party going. Not to say some deejays weren’t already known or respected, because many were, which is clearly represented by the large number of deejays on rave lineups who started long before Avicii (and will end after him too). However, almost none of those deejays to this day have reached the same level of notoriety.

The only thing people were concerned with prior to Avicii was their music and their actual skill behind the decks. Even then such things were only relevant to people heavily involved in the scene. To most people, deejays were simply the people playing music at the club. Think about it, the only deejays/dance music producers that came close to being in the spotlight in the same way as Avicii before “Levels” was released were Deadmau5, who rejected such fame by embracing his negative reputation, and Daft Punk who haven’t shown their faces in public in years. In reality, Daft Punk embodied everything deejays were before Avicii. Out of sight. Out of mind. Purveyors of music.

So what was it about Tim Bergling that made him such a paragon for the millennial? Was it the intoxicating simplicity of his music? Obviously music quality is all based on opinion, but without bashing “Levels”, “Wake Me Up”, or any of his other tracks, it’s safe to say there was electronic music being produced of equal quality for many years before people had heard of him.

What isn’t a matter of opinion though is that there were (and are) DJs with far more skill behind the decks than Avicii ever had. If Avicii were to enter the DMC Championships, he would be eliminated in the first round if he didn’t quit before that simply because he saw what the other DJs can do. You may have noticed that I used both “deejay” and “DJ” in that last sentence. That’s because “DJ” stands for “disc jockey” and Avicii doesn’t jockey any discs. In fact, in that same GQ article I referenced earlier (which held the title “The King of Oontz Oontz Oontz), the author, Jessica Pressler, described the way he prepares for his sets as such:

“‘I kinda know what’s going to work,’ [Bergling] says, pulling up a screen of cardiogram-like shapes on his laptop, which he identifies as songs. ‘You have to retain the energy level throughout the set,’ he explains, moving the shapes around until they fit together, like Tetris pieces.”

I don’t know about you, but that sounds like he was planning his sets out in advance, which goes against the ethos of deejaying and certainly doesn’t require any discs. Yet, he’s the one selling out the Hollywood Bowl while real DJs like Craze turn a set of turntables into an instrument of their own, but the only reason most people know that name is because of Avicii.

I can’t say for sure what elements came together in such a way that decided Avicii was going to be the leader of the EDM charge, but from an outside perspective I’d say it came down to two key factors: timing and his choice to embrace such a lifestyle.

Up until Bergling championed the EDM movement, millennials didn’t really have a genre of music to call their own the way the baby boomers had rock n roll. For years millennials attempted to manifest rap as their own, but that kind of influence only lead to rap becoming less complex and less intelligent. In the 80’s and 90’s rap was about social struggle and personal communication, while rappers were highly regarded for their ability to communicate important truths through music (KRS-One was nicknamed “The Teacher”). The glorification of violence and the belittling of women mostly resided in gangsta rap because that was the way gangstas lived. It wasn’t pretty, but it accurately described their real-world experience (to a certain degree).

When millennials got their hands on it though, the aspect of social struggle almost completely disappeared, and was mostly replaced by unopposed competition and a serious amount of partying. However, because rap was not based on those qualities, no rappers who embodied (or continue to embody) them have earned the same comprehensive respect of the rappers who came before them.

That’s where Avicii came in. As their effect on rap had made clear, the kind of music millennials pined for was a type of music that simply embodied the essence of a good time. They didn’t want deep meaning or complex structure. If they did rap would have hit home, but it didn’t. Millennials wanted something that gave them a good feeling (pun intended), and Avicii delivered.

Again, without bashing “Levels”, the simplicities to its production can’t be denied. I’ll give it to whoever came up with that melody; it’s catchy as hell. Other than that you have a four chord structure and a vocal sample that uses 17 words total. The thing is though, pretty much everyone from EDM haters to Avicii’s biggest fan will admit that the words aren’t what matter (why there’s so few). What matters is what follows, which to be honest, pretty much no one had heard before; a drop. Not just any drop though, a drop that takes those simplicities and cranks them up to 11, and that’s really what millennials wanted in their music. Millennials are the generation where technology had already removed so many of life’s complications to begin with, why would they want it in their music?

One might argue that all house music is simple like that, and that isn’t the reason millennials embraced it in such a way. To that point, I would counter by saying that house music may have always been simplistic, but it didn’t blow up because of who was making it. Most electronic music producers during this time were in generation X, and those producers had accepted their role as deejays, which is why house music hadn’t evolved in any drastic way for years and years. While the mainstream crowd was listening to rap, dorks who would rather stay in and fiddle around on their computers were making and listening to electronic music. Everyone else who listened to it would pretty much only hear it when they were dancing.

Two house tracks that were pretty freakin’ huge before “Levels” were Daft Punk’s “One More Time”, and Benny Benassi’s “Satisfaction”. Both of those tracks convey meanings similar to “Levels”, but not only were they released before much of the millennial generation was old enough to comment on music, it wasn’t produced by one of their own. By that time, Daft Punk was hidden behind their helmets, and Benny was nearing 40 years old. When “Levels” was released, Avicii was at the young of 22 with starry eyes and a heart full of hope (probably).

Kids who were still hyped on the idea of going to the club were running there even faster to hear “Levels”, and those are the people who define popular culture. It’s always been like that. Kids get into something that adults either don’t understand or don’t appreciate. This inherent level of rebellion then leads to the trend being glorified even further, and with a kid just like them standing on stage, it makes it even easier for them to be swept up in it. It was music created by them, and for them.

Well considering Avicii thrived because he was a part of that crowd, it was the easiest for him to be swept up in it. As I stated prior, the only deejays prior to Avicii that had the potential to reach his level of notoriety were Deadmau5 and Daft Punk, but at every key moment when they would reject the spotlight, Avicii embraced it like a fish chasing after bait. It seems oh so sweet, but after that first bite you realize that it will lead to your downfall, and that’s exactly what happened to him. Except that first bite was so delicious (at first) hundreds of other fish tried to get a nibble, and more than a few got a solid taste.

There have been plenty of documentaries depicting the effects that such a life can have on people. I’m not a mind reader so I don’t know exactly what Tim was going through during those years, but it’s been less than five years since the release of “Levels” and he’s already called it quits. Such a fact communicates that he never had the kind of personality to maintain a lifestyle like that. However, during those five years he changed what it means to be a DJ, and now that he’s gone, I’m wondering if lifestyle trends he curated will follow.