Miami Music Week is officially one month away as the electronic music world prepares for the most anticipated week of music on the planet. From March 16th to 22nd, 2020, downtown Miami and South Beach transform into an electronic music paradise with the finale of Ultra Music Festival (UMF) that weekend. During the week leading up to UMF, the entire Miami area plays host to a series of events and the most legendary pool parties imaginable.

Along with the return of Miami Music Week, the Kimpton EPIC Hotel is back with six days of pool parties appropriately called EPIC Pool Party. During each day of Miami Music Week, the Kimpton Hotel collaborates with Winter Music Conference (WMC) to host the best pool parties right in the heart of Miami. This year is set to be better than ever as they celebrate their 10th anniversary featuring a redesigned sixteenth floor pool overlooking the city.

Epic Pool Party kicks off the week with the WMC Opening Party on Tuesday March 17th, 2020. In a six-hour exclusive, the Kings of House composed of Louie Vega and David Morales will be doing a special back-to-back set. On Wednesday, Amnesia Presents x Do Not Sleep will be curating an event featuring Skream, Ilario Alicante, Luigi Madonna, Sidney Charles, Chris Stussy, Rich NXT, and Mar-T. On Thursday March 19th, an exclusive event will be held with a surprise host and lineup to be announced. 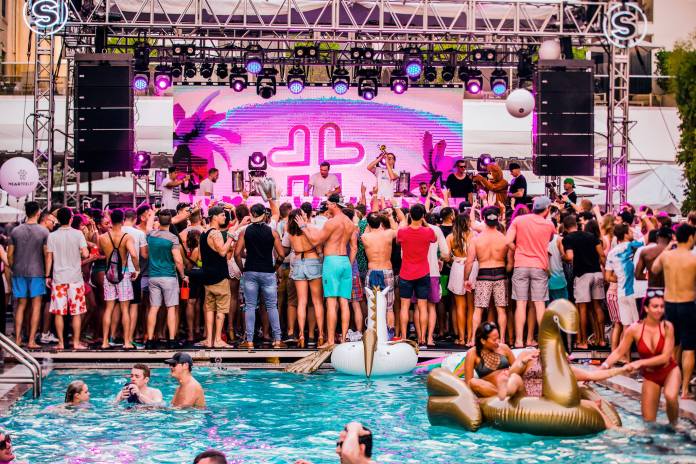 On Saturday March 21st, beloved house and techno event producers Desert Hearts of Desert Hearts Festival will be heading an event featuring Mikey Lion, Marbs, Lee Reynolds and Porky as headliners. To conclude the weekend, EPIC will be hosting an exclusive finale party to close out Miami Music Week. The lineup and host will be announced closer to the festival date.

As you plan out your week for Miami Music Week, Kimpton EPIC hotel is a must. For tickets and more, head here! Stay tuned at edmmaniac.com for full Miami Music Week guides to the very best of MMW.