The weekend following the epic return of EDC Las Vegas, Insomniac kept the party going with Escape Psycho Circus over Halloween weekend. Despite a one-year hiatus due the pandemic, Insomniac came back better than ever with new experiences and an always stellar lineup. With four state-of-the-art stages and a variety of experiences on-site, headliners were welcomed with open arms as the Psycho Circus was resurrected at the legendary NOS Events Center in Southern California.

Heading into the first night, guests set foot into a Halloween wonderland dressed up as a spooky circus. Performers wandered through the festival grounds, setting the tone for the immersive experience. From the Factory 93 Sewer District to the main stage Resurgent Grimm, guests were treated to performances by Loco Dice b2b Nicole Moudaber, Lady Faith, Eric Prydz, Loud Luxury, The Chainsmokers, Green Velvet, and more. Continuing into the second night, performances included HI-LO (Oliver Heldens), Gryffin, Zedd, Jauz, Tchami, Adam Beyer, and so many more.

As always, each stage was specially curated using next-level technology from the animated stages to the lasers to the pyrotechnics. Factory 93 brought the underground vibes to life at the Sewer District, complete with an overheard intersecting laser show from all angles of the shipping container setup. Meanwhile at the Sanitarium, Basscon brought a stunning show of lights throughout the specious tent. Over at the Psycho Circus, bass lovers united for an evening head banging with a fiery display of large flames coming out of the stage. At the Resurgent Grimm, guests watched at the Grimm began to move closer to midnight to eventually rise completely out of the stage. 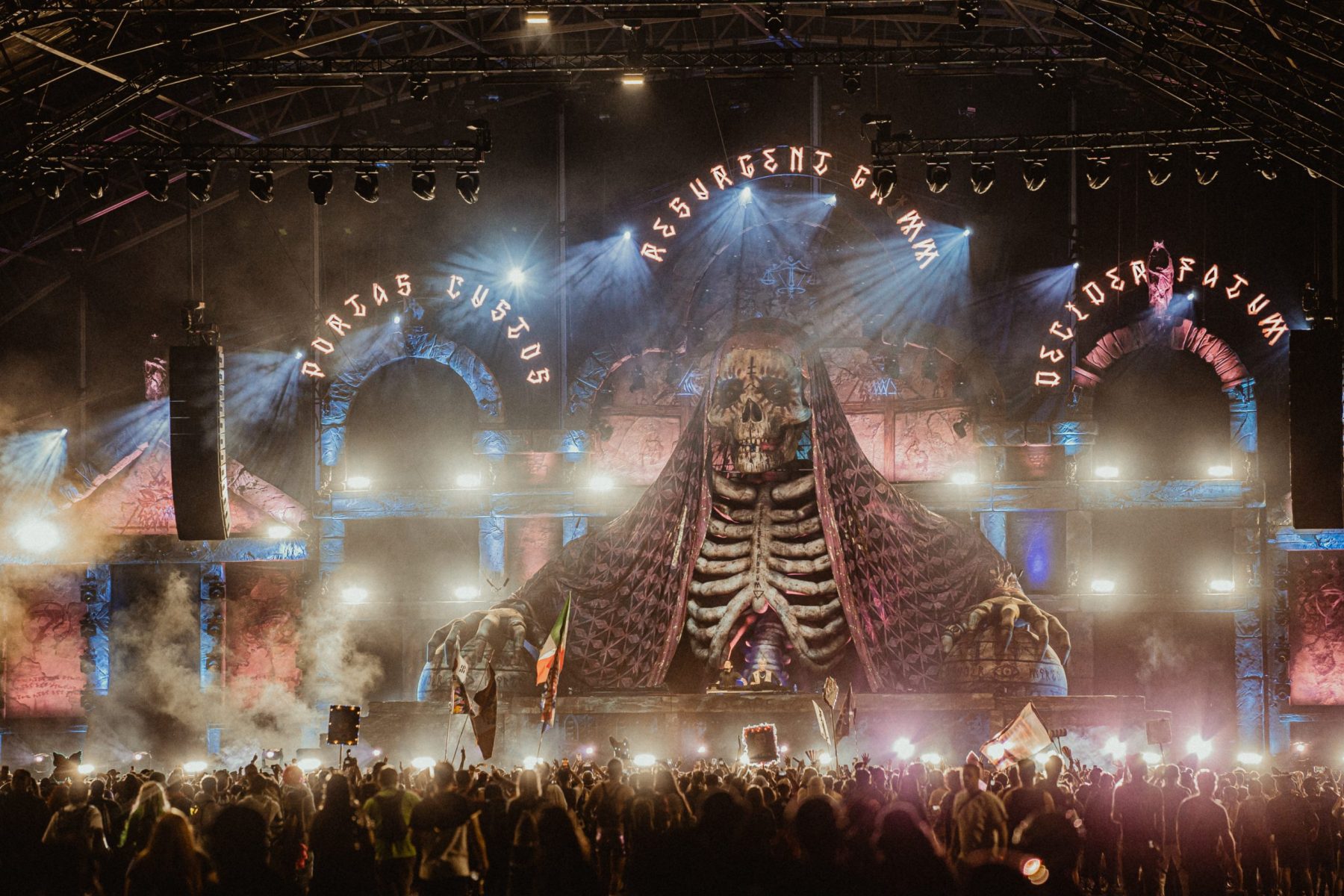 Between sets, guests had the opportunity to wander through the festival while making stops at Poison Ivy Bar in Crazy Town for  creative cocktails, the Pyscho Circus tent for special performances, a dance party at the Raveyard featuring a silent disco, or a relaxing break beneath the heat at the flaming cathedral. For those in VIP, a variety of photo opportunities included a troll bridge, a haunted play room, the Rave Name Tree seen at EDC Las Vegas, and more.

For those that chose to stay closely and take the shuttles, this year was the most streamlined yet. Recovering from the shuttle situation at EDC, Insomniac provided more shuttles than ever before with the check in process starting was you board this shuttle (as opposed to before when guests had to go to a hotel room, get their wristband, and then stand in line). Everything was linked up to your wristband making for an easy and fast departing and returning trip.

Overall, Escape Psycho Circus did not disappoint. If anything, Insomniac has further solidifed their prowess as the top festival experience. With two major back-to-back, multi-day festivals and only a week break before EDC Orlando, the Insomniac team has certainly been busy to give headliners the perfect long-awaited return to the dance floor.