Spooky season is officially upon us as the lineup for Escape Halloween 2022 was just announced. The Insomniac festival is one of the most popular Halloween events in Southern California and this year’s lineup shows why.

Artists include techno icons like ANNA, Anfisa Letyago, and Deborah De Luca and bass legends Black Tiger Sex Machine, Subtronics, and Wooli. There will also be a rare back-to-back between Deorro and Valentino Khan sure to fill the crowd with enough energy to jump all night. Eric Prydz will once again return to Escape on the heels of his incredible HOLO performance at Tomorrowland this past month.

There have been several other Halloween festivals that also dropped their lineups earlier in July. Among them include BOO! Seattle and a new RL Grime show Halloween: Dead Space. This Halloween looks to be incredible for dance music lovers.

Check out the full lineup for Escape Halloween 2022 below. Tickets go on sale here Thursday, August 4 at 12PM PST. 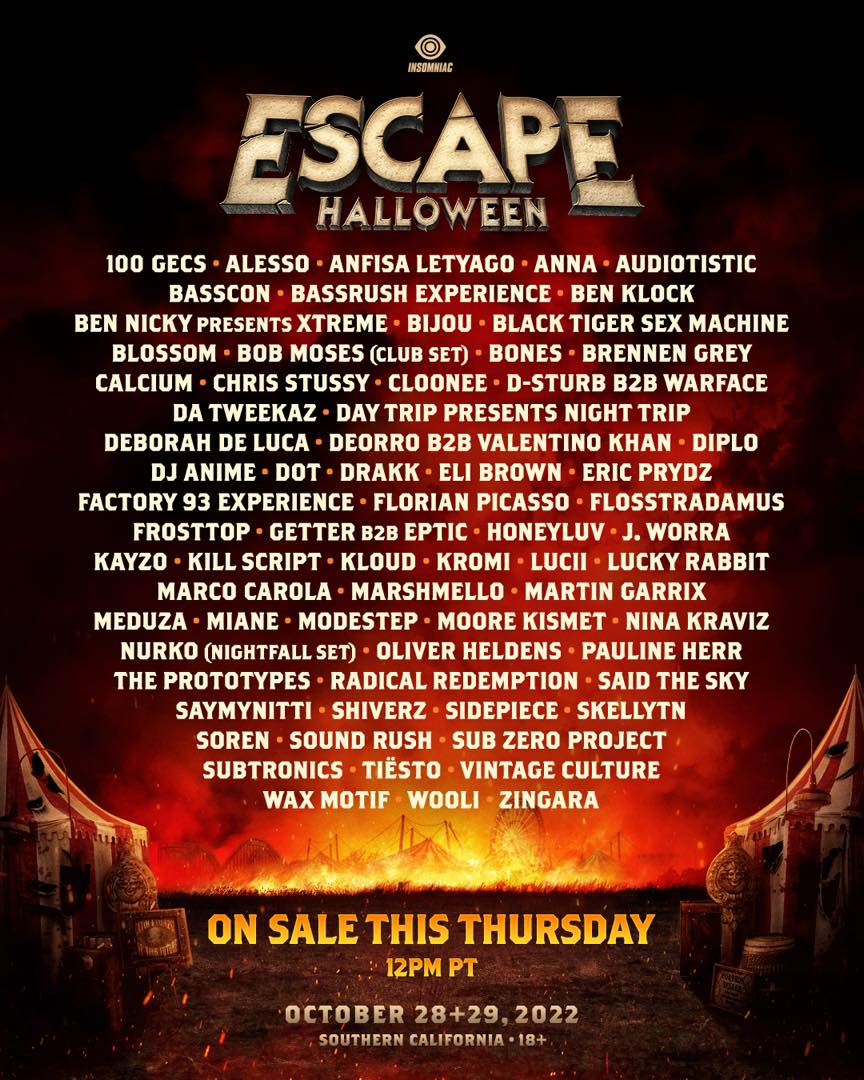 5 Artists To See At The SOMA Tent, The House And Techno Paradise At Outside Lands 2022