‘Fisher In The Park’ Brings Tech House to San Diego

Fisher is well known for his party vibe and insanely funky sets, and the San Diego was all about it at “Fisher in the Park,” his latest headlining show in the oceanside hamlet. The Australian dance music bon-vivant was joined by fellow unique house artists  WE, Bruno Furlan, and Mat.Joe, who kept feet moving and hearts warm throughout the day-into-night experience.

Over the last few years with the assistance of promoters like FNGRS CRSSD and LED Presents (the company that produced “Fisher In The Park”) San Diego has amassed a strong house music community, and other than some minor logistical challenges and cliquey-ness in the crowd, “Fisher In The Park” was another opportunity for that community to grow. 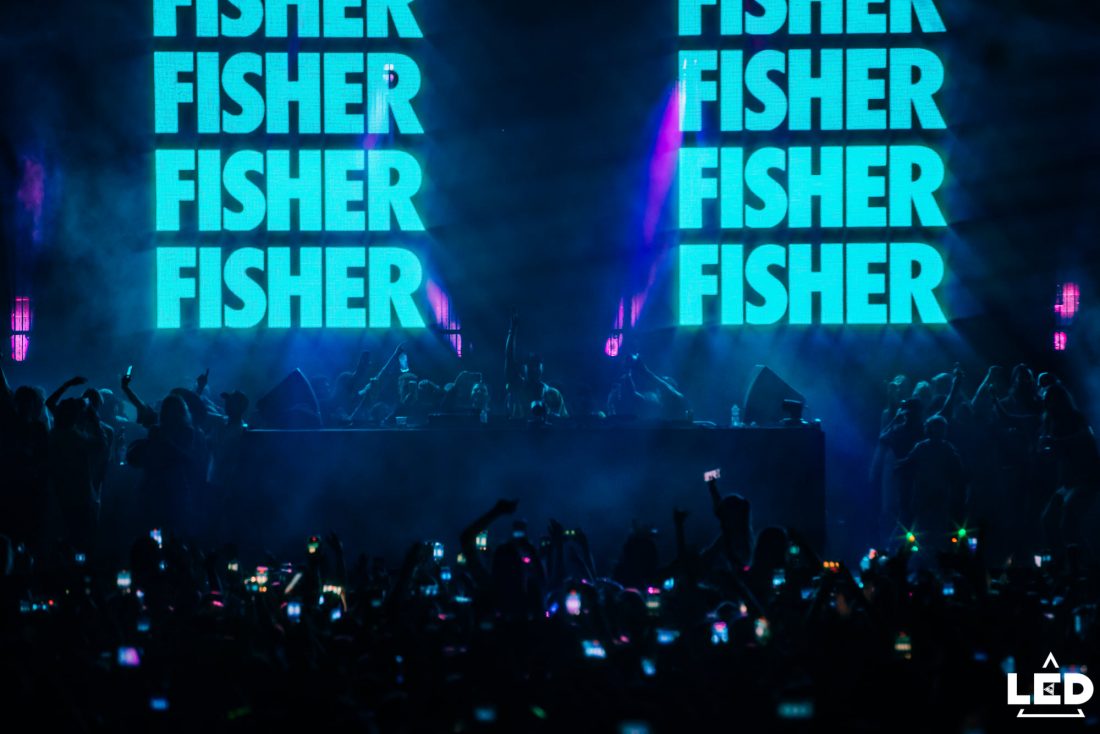 As a popular artist with some mainstream songs, Fisher can draw a crowd described only as “fratty”. Yet, it seemed that the vibe of the crowd in San Diego was pretty pleasant.

The short artist list did not disappoint. Bruno Furlan warmed up the crowd with a more chill, Dirtybird vibe while Mat.Joe really threw down. Shufflers also appreciated the duo’s funky beats and sprinkled in huge drops. Fisher, as expected, was a great time. He had the entire thousand-person crowd singing “Sweet Dreams are Made of This” by Eurythmics. It was a spiritual moment. He played many of his top hits like “Wanna Go Dancin‘ ” and a fire remix of “Belly Dancer” by Imanbek and BYOR. If you like tech-house, this was the show for you.

Everyone was jumping and singing and having a really good time. When people had to get through the crowd or got in the way of another, they definitely said “excuse me”. Given there was plenty of space to dance and everyone could see the stage, attendees seemed to be in good spirits. There was also very little fan clacking in the crowd.

The crowd seemed to be having a blast, but everyone did seem to stick to their selective friends and there was little mixing between groups. Shufflers kept the crowd going, but also largely didn’t interact with each other. The vibes were good, but they could have been great. 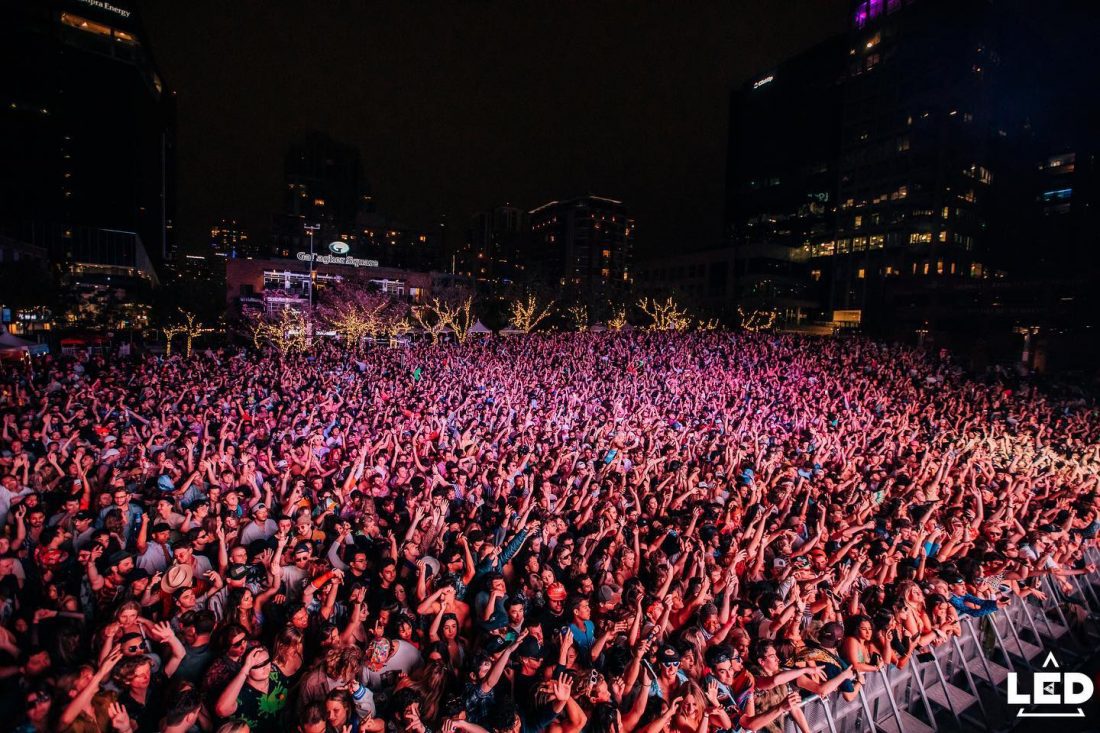 The venue of Petco Park has typically only one stage with one screen, so there wasn’t much to expect production-wise. Although the addition of smoke cannons did add a nice touch. The sound was very loud and could be heard all the way behind the main hill and the bass wasn’t too off-balance. Yet, there was some sound bounce on the left side of the hill where there would have been a bit more room to shuffle on the concrete. Overall, the sound and visuals were more than decent, leaving room to focus on the music and the vibes.

Petco Park has an interesting setup for a lot of its shows. The stage faces a large hill with bars, food, and bathrooms on either side. This setup is great because no matter your height, if you want to sit, or if you want to shuffle, you can still hear the music and see the stage. Although your calves may burn by the end of the night due to the incline.

There was plenty of room to dance even with the event being completely sold out. Bar lines could get long, but there were two on the side of the stage and two at the very top of the hill that seemed largely unused when compared to those inside the food hub.

Bathroom lines were crazy long, but once Fisher started his set, they disappeared. Bathrooms were also not porta-potties, a rare luxury at many shows. Food options were minimal and lines were also extremely long. Security took 15 minutes maximum to get from the entrance to directly into the festival, even during peak entrance times. Overall, Petco Park is great for small shows whether you want to relax in the grass or shuffle your heart out, but some logistics could be improved.

Overall, the crowd was pleasant and the music was great for all tech-house lovers in San Diego. Petco Park continues to be a great venue for smaller shows, even with huge headliners like Fisher. San Diego shows also typically end around 11, meaning after-parties are abundant and encouraged. “Fisher in the Park” was a great show that many tech-house fans and San Diego locals seemed to have a blast at. Keep a lookout for more events at Petco Park hosted by LED presents.