Insomniac just released a monstrous lineup for its summer bass music and hard dance festival, Project:Z. The event is a battle between Insomniac’s Bassrush and Basscon, bringing a mix of heavy dubstep and electrifying hardstyle to San Bernadino’s NOS Event Center on July 2, 2022. Project:Z will have three thrilling stages for festival goers to explore. The ongoing clash between hardcore and dubstep gives Project:Z a future dystopian theme and will make attendees feel like they’re prepping for a war of music on a distant planet.

Alongside Project:Z’s intergalactic battle-front theme, is an explosive lineup. Space Laces, Jessica Audiffred, and Champagne Drip are just a few of the artists set to strike for team Bassrush. Svdden Death will also be performing on the bass side with a special set titled, Into the Inferno. Bassrush also has a number of exciting back-to-backs planned, including one from Barely Alive and Midnight Tyrannosaurus. On the roster for team Basscon are artists like Darren Styles, TNT, and Darksiderz. Audiofreq, Code Black, and Toneshifterz also have a set planned together titled 3 Blokes.

Both the hardstyle and dubstep sides of Project:Z will hit ravers hard with heavy bass. Prepare to break your neck and dance your night away with this exciting summer night of music.

Check out the full lineup for Project:Z below, and click here to purchase tickets. 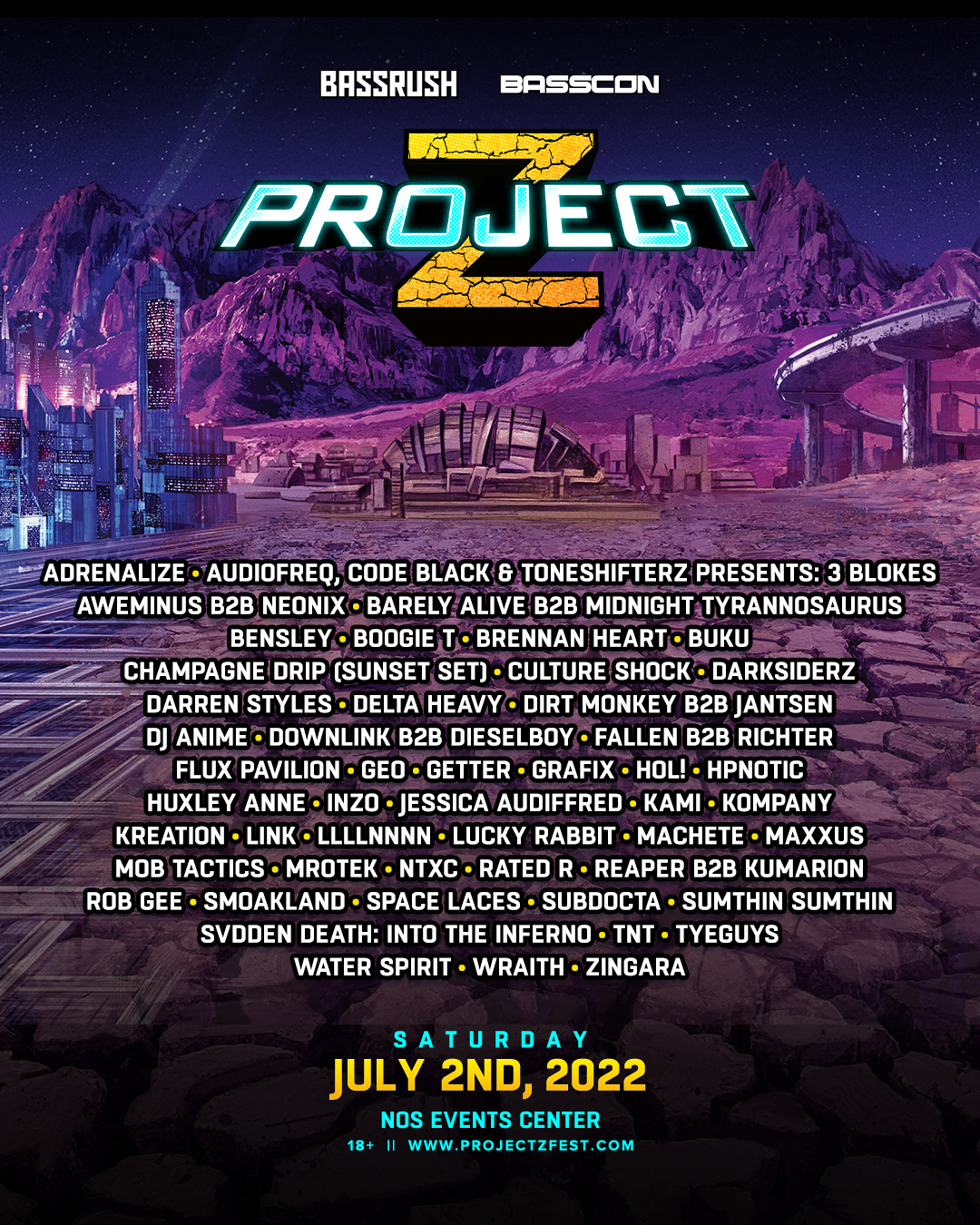 Author
Skyler Gee
Hi, I'm Skyler! I live in Arizona and I am a huge Bass head. I also love hardstyle, trance, and techno. I love traveling, lifting weights, camping, painting, running, and just getting to explore the world! Sending PLUR vibes out to all of you :)
Previous Article

'Fisher In The Park' Brings Tech House to San Diego

What Changes Are In Store For The PNW Rave Scene?