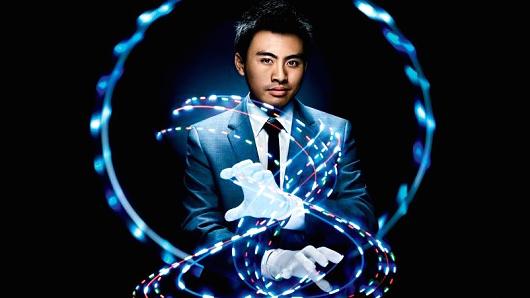 Gloving Has Turned A SoCal Raver Into A Millionaire

Brian Lim from right here in SoCal is 27 years old and is the founder of Emazing Lights. He was just featured on CNBC because Emazing Lights is now one of the fastest growing companies in the United States. Emazing Lights is forecast to bring in $8 million dollars in sales this year, with $12 million projected in 2015. Emazing Lights has five retail stores as it tries to capitalize on the growing festival fashion scene. Lim told Inc Magazine that it was his girlfriend that got him into gloving: “She put those gloves on me. I’ve never been a dancer or a performer, but I was able to wow crowds just by waving my hands around in the dark. It was magic. It’s like your hands are paintbrushes, and your imagination is the canvas. People were actually impressed! That feeling is very rare. It got a little addicting.”

Lim’s company has also grown into a full-fledge community and you can even see dance music fans proudly representing Emazing Lights drawstring bags at almost any event. At the Emazing Lights retail store, you can buy gloves, clothing and everything “rave” on its extremely popular website. Gloves range from $20 to $120 a pair, and have been featured on shows like MTV’s “America’s Best Dance Crew.” The company has grown from nothing and now has 43 employees.

Congratulations to this Southern California raver for pursuing his dreams and we wish him nothing but continued success.