The lineup is out for the monster return of HARD DAY OF THE DEAD in Los Angeles. Six years later, the festival is returning to the heart of Downtown Los Angeles at the newly renovated LA Historic Park with a heavy hitting lineup.

This year will be a special one, as it includes unique live performances that will mark it’s dramatic return. Iconic French Duo JUSTICE will perform their last live show in the foreseeable future at this year’s festival, and KNIFE PARTY will also be back to bring their ferocious sound to the LA Skyline as a their stunning backdrop.

Dirtybird stars Shiba San, J. Philip and OMNOM will also takeover “Stage 2” for some filthy sets you won’t want to miss.  You can check out the full lineup below. 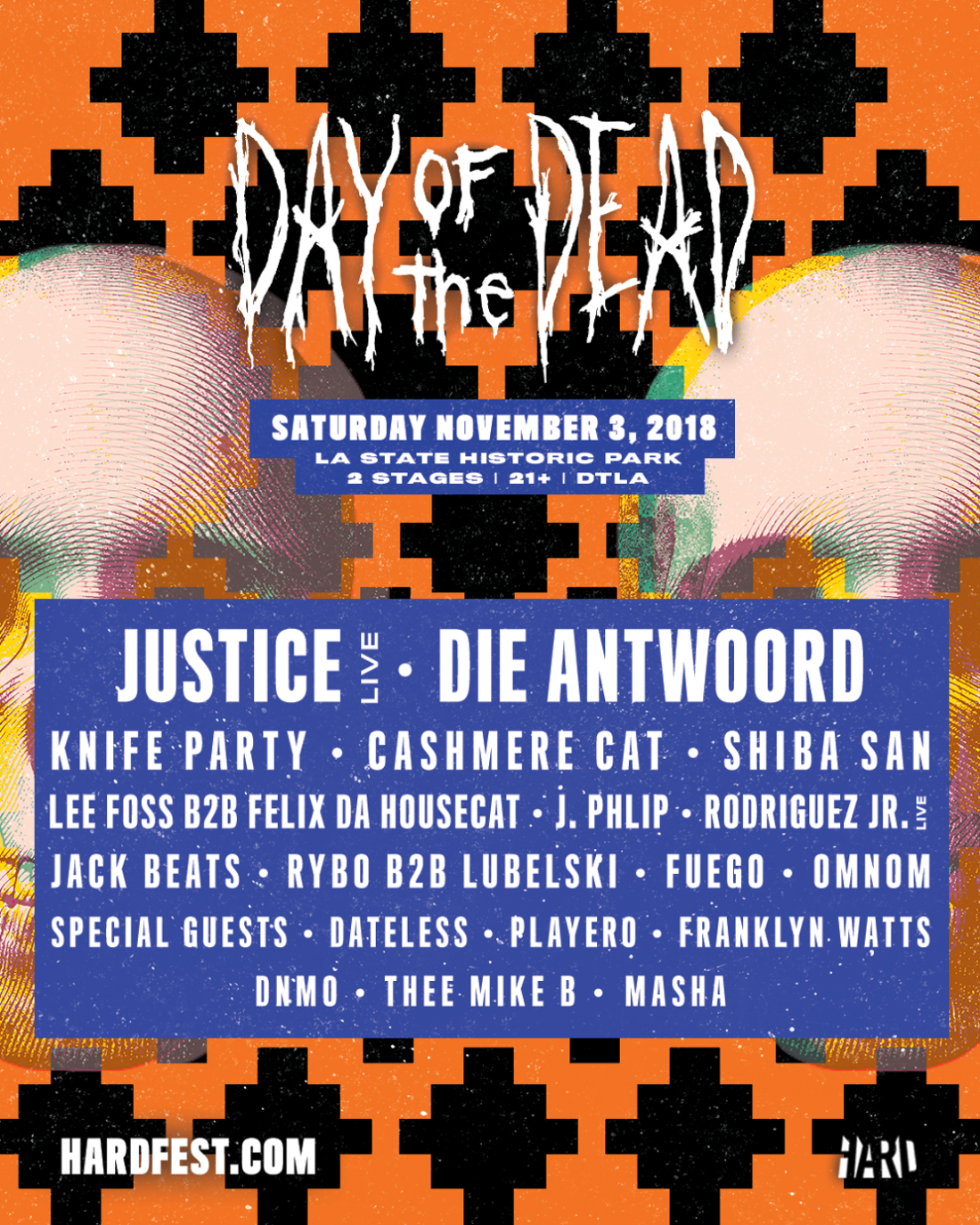