A little over a week ago Headhunterz invaded the Bass Monster at EDC Las Vegas for yet another unforgettable night of Hardstyle. If the 3 days of hard dance on the Basscon stage wasn’t enough to satisfy your cravings, don’t worry. Insomniac has joined forces with Headhunterz to bring his HARD with STYLE’s U.S. debut event to San Bernardino’s NOS Events Center Saturday, August 23rd. With an expected capacity of 5,500 party people, this show has the potential to be the largest Hardstyle event in America to date.

HARD with STYLE began several years ago as a monthly podcast with hand-selected tracks from Headhunterz and has since evolved into one of Hard Dance’s most prominent music labels devoted to spreading the reach of Hardstyle internationally. Previous editions of Willem’s brainchild show Hard with STYLE have only been held throughout Europe and Australia up until now, making this the first of the series to be held in the United States. Willem personally designs every aspect of his HARD with STYLE production as well as hand selecting accompanying DJ’s. This will certainly guarantee something unique that Southern California has yet to experience.

If you haven’t been following Headhunterz closely, he can be found now at just about every major festival. From EDC, Mysteryland and Coachella appearances to Defqon. 1 and the upcoming Tomorrowland, party people everywhere can’t get enough of the Hardstyle mastermind. HARD with STYLE is bound to deliver a unique musical experience we have yet to enjoy in the United States, so keep an eye out as a full announcement will be coming soon! 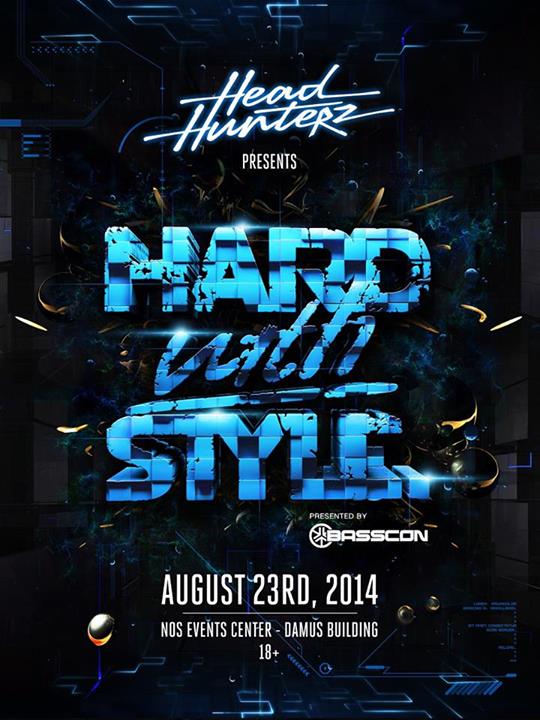