Hard Summer 2014: Like Any Festival, It’s What You Made of It 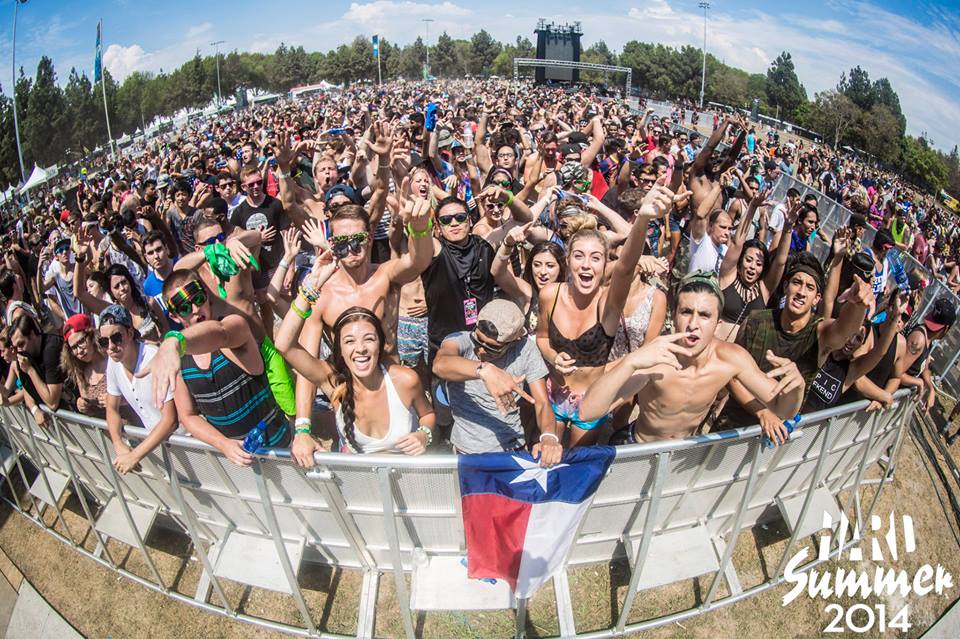 Hard Summer is now a memory after taking over Whittier Narrows Recreation Area for the first time in Whittier, outside of Los Angeles. Of course there are some challenges whenever an event moves into a new venue, sometimes those challenges get resolved easily and some don’t. Yes, some negative things may have happened there. Yes, there was dust. The Dust thing, however we are no strangers to. We’ve  seen it at EDC, at the Polo Field at Coachella, at the former Historic Park venue in Los Angeles, the San Manuel.. the list goes on. If the event is going to be outside, it’s very likely there will be dust. Yes, there were a few fights (none that we actually saw). Yes, some people may have encountered bad vibes. Yes, some of underage crowd acted like they were underage. Yes, there was some banging music all weekend.

But like most festival experiences, it truly was what you made of it.

Day one was hot and humid. An odd weather pattern came over Los Angeles and actually gave us some real heat. Getting through security and the ID check was fairly easy. We had my pockets empty and was given a quick pat-down. For the girls, we definitely noticed they had to endure a little more. We saw some security staff jiggling bras to see if anything that was stashed would fall out, and did see some security touch in appropriate upper areas. They also looked at one of our friend’s hair to see if she had anything inside. Nothing too crazy, but is what you would expect for any mass gathering event, especially in Los Angeles. It was also clear security was carefully making sure guns and weapons were NOT brought inside the venue. It’s for our ultimate safety.

Once inside, we heard the bass banging from across the massive new venue. Compared to the LA Historic Park, it was certainly spread out. We got our wristbands so we could drink and it was time to explore.

Our group of about 15 friends and I started out at the HARD Stage. We stayed in the beer garden that was located off to the side. It was perfect, and away from the dust cloud that soon engulfed the center of the massive HARD Stage. Plus, being a veteran raver ourselves, its nice to be away from the masses sometimes and enjoy the music with more space to dance, especially with a large group of friends.

It was time for Tommy Trash to take the stage, or so we thought. Apparently his flight was delayed so he played a very short set once he arrived. But it was amazing. The crowd waited for him to come on and welcomed him with a loud cheer. He made us all dance up a dust storm. When going to a venue with dirt and open fields, remember to wear that bandana! It will save your nose and sinuses.

After, we went to the Purple Tent to see What’s So Not. Again, another amazing set and that had the tent packed and spilling out with people. But it was very hot inside of the tent so we took a breather until Jack Beats took the stage. 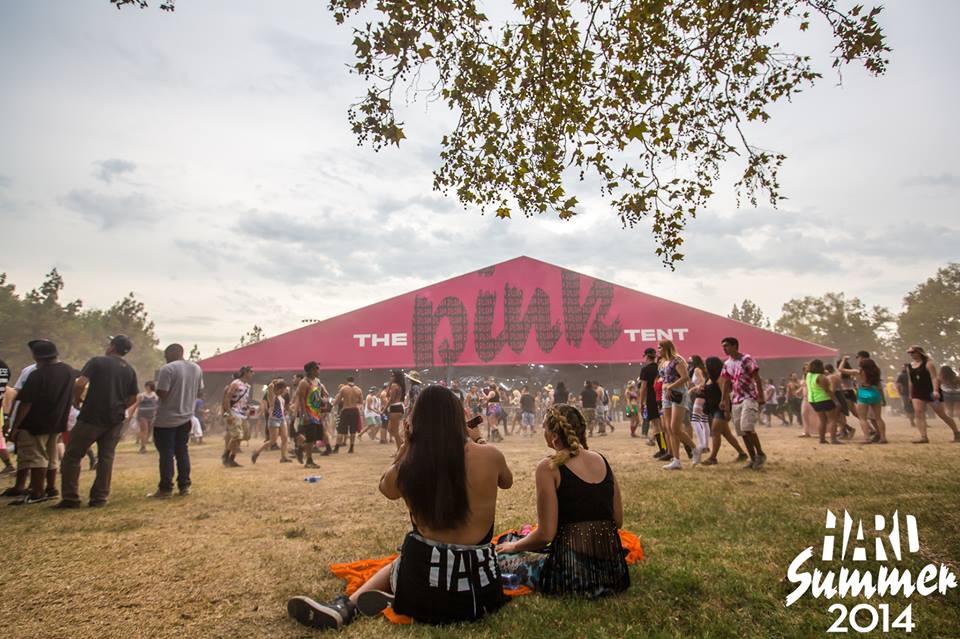 What a sensational set that was. We love Jack Beats and have been a fan of them for years. The duo didn’t disappoint. The vibe inside the tent was on fire. People were dancing and grinning from ear to ear. I was in the very front with my friends listening to Jack Beats play new tracks from their latest album. We certainly felt the good vibes under the tents.

Next up: DJ Snake. We missed his set at EDC Vegas, so I made it a point not to miss this. I’m glad I made that decision. He threw down some crazy tracks along with some old classics. The sound on the HARDER Stage sounded a bit distorted at times due to the booming bass. Then it started to rain, and didn’t stop. We actually enjoyed it. We decided to leave and dip out on Jack U since we have seen Diplo and Skrillex perform together before. Plus, we were wet. But that didn’t stop tens of thousands of people from staying to watch.

Day 2 was more fun than day 1! We arrived and had the same experience with security. Once in, we went straight to see A-Trak demolish the HARD Stage.

A-Trak has to be one of the most talented artists out there. His scratching was mind blowing. It was great to hear him drop some new tracks as well.

We stayed at the Hard Stage for most of the afternoon and evening. 2ManyDJs were up next. It was my first time seeing these true legends perform in my 16 years of going to raves and festivals. I must find this set online to download.

Dillon Francis, oh Dillon. He was never one of my favorite DJ’s until I saw him at Coachella. He won me over. That set was insane, along with his crazy visuals, so I knew this set at Hard would be just as good. It was. He debuted some new tracks, teased the crowd with some drops that didn’t drop, and ended playing Wannabe by the Spice Girls. Besides, it’s fun to look at cats and cheeseburgers floating on the giant LED screens towering over the Hard Stage. It was packed beyond belief for this set, and rightfully so. 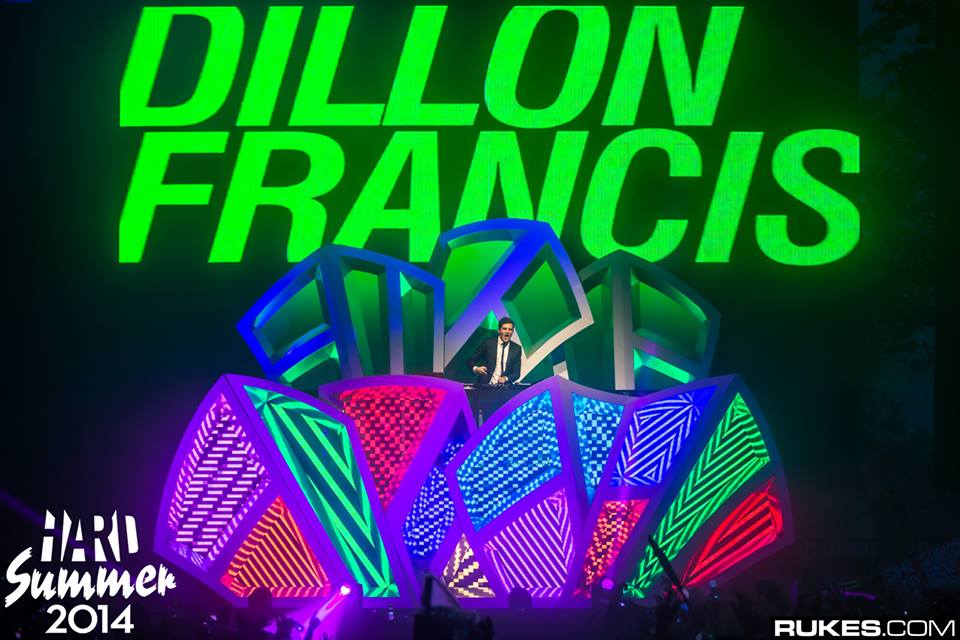 Disclosure was up next. WOW. Mary J. Blige even performed live with them. It was sad to see Sam Smith didn’t join them on stage. Hearing Disclosure play LIVE was awesome. A total festival highlight of the year.

Oh yeah, Gorgon City was amazing too! Glad we caught them!

The vibe all weekend was like at a normal festival. Although some have been calling it a ratchet version of Coachella. Let’s face it, the music is was a bit more diverse this year so one could expect a different crowd. It’s up to you how you define that. It was 18 and up, so there were some younger people there. I didn’t have problems with any of this. Most festivals are 18 and up. I didn’t see a fight, encounter people throwing shade or causing trouble. The dress was the same you would see at any other festival. There were girls wearing pasties, thongs, etc. Guys wore shorts, jeans, t-shirts, tank tops or were shirtless.

We heard following the event that a  19 year old girl died from a suspected drug overdose. Sad to say, this is nothing new now at festivals. Just be sure to always go with a good group of friends or a festie bestie. Be sure to stay hydrated and if you decide to party – get a testing kit and be aware what you are putting into your body.

This was my first time at a HARD event. I’ve been raving and going to festivals since 1998. I started out in San Francisco going to warehouse parties and undergrounds featuring Dj Dan, Donald Glaude, Simply Jeff, Charles Feelgood and Mark Farina. I then went to my first Insomniac event in 1998 in Los Angeles. I’ve seen the scene change dramatically over the years, with some promoters wanting money more than a good party. Most of those promoters are gone now thank goodness. I go for the music, friends and the whole “experience.”

In all, HARD Summer was a great festival, with some sensational music all weekend, and it’s truly what you did with your time at HARD that made it fun, or not fun. Focus on the negative aspects and you will probably not have a good time. If you embrace everything and have an open mind and spirit, you will have the time of your life. Forget about any issues and just dance. We really can’t stress this enough. We heard a lot of complaints about the new venue and the vibes and it sucks not everyone had a great experience. However, no festival is perfect and most festivals at new venues have a lot of issues. That’s just the nature of the beast for mass gatherings of any kind. If HARD is not a festival for you ,we implore you to keep looking out for new ones and maybe visit new places and expand your horizons.

Kudos to Gary Richards and everyone who brought this party to life, and to HARD for having our team. Remember, you get what you give at festivals. Go in ready to have fun and try and do just that. 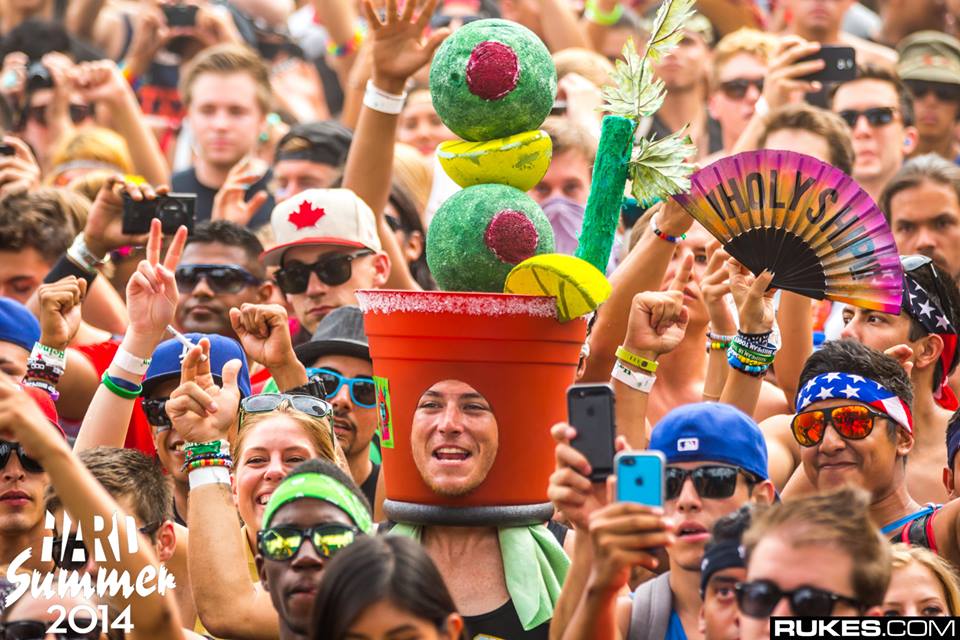 Females, There's A New Way To Use The Bathroom at Festivals