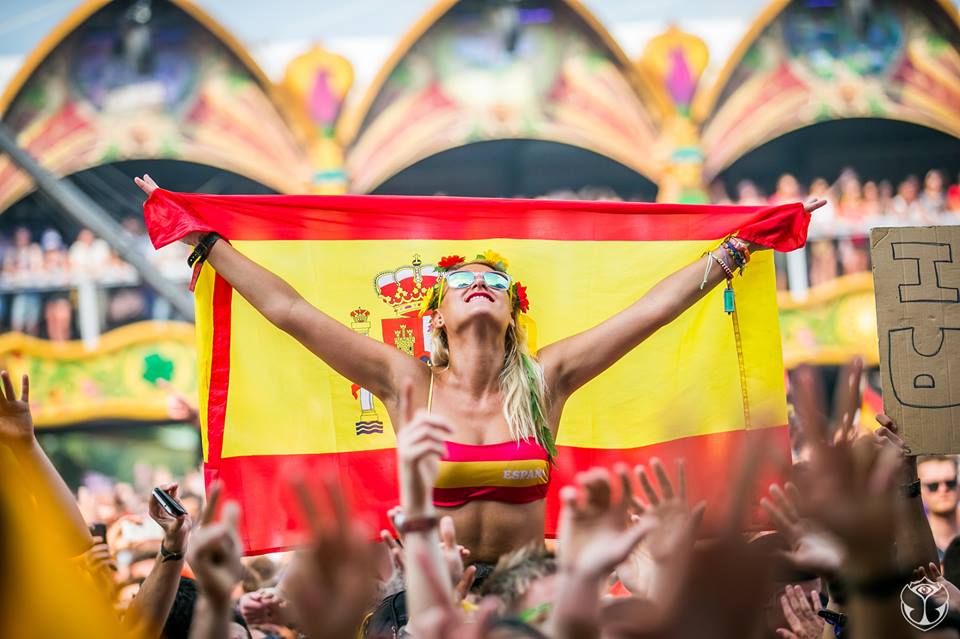 Why Good Vibes Are Important This Festival Season

It’s all too frustrating looking at my Facebook news feed lately. With Tomorrowworld recently releasing 18 headliners as part of their Phase I lineup, I decided to click on a couple of articles from popular EDM blogs to see what the response was. Well, predictably, while there were a few people praising the lineup, most people were only commenting something negative. “Same lineup we’ve seen every year,” some said. Or, “It’ll be a bunch of guys pressing buttons on their laptops again…so sick of the same top 10 DJs headlining everywhere.”

Festivals can’t win this year. Take Mysteryland as a counter-example from Tomorrowworld. When the Mysteryland lineup leaked earlier in 2015, most people were disappointed, whether they’d admit it or not. There were only a couple of big name headliners on the lineup, like Diplo, Dillon Francis, Porter Robinson, and Kygo, which left people a little bit stunned after a 2014 lineup that featured the likes of Kaskade, Showtek, Flosstradamus, and Oliver Heldens, just to name a few. People immediately attacked Mysteryland, ripping the lineup to pieces and instead, switching or keeping their loyalty to EDCNY (their main competitor for Memorial Day Weekend on the East Coast). In direct opposition to that, after scrolling through the comments regarding the Tomorrowworld lineup, many people expressed their frustration with no new names. “Where’s the new talent?” they said. “It’s always the same lineup….can we get some new names any time soon?” It is the biggest double edged sword in the business – how to keep ravers coming back, whether it’s for a top 10 DJ or someone they’ve never heard of.

The reality of the situation is that festivals can never win. There will always be people let down by a lineup, whether it’s personal taste or, more commonly, an inherent sense of jealously that they’re not able to attend. Even with EDC Las Vegas coming out with a massive lineup release just a few weeks back, they still received criticism due to the ‘big names’ that were nowhere to be found. I get more and more frustrated when I see this negative feedback; like I mentioned above, I think jealousy is driving this bus more times than not. But at the same time, if you don’t like a lineup, just don’t go. It’s as simple as that. But before anyone gets to that point, where they’d sell a ticket they’ve already purchased just because they don’t like the lineup, take a minute to consider the following.

I know it might come as a shock to everyone, but it’s not all about the lineup. Sure, it’s the best feeling in the world to see your favorite DJ headlining the festival you bought tickets to the minute they went on sale. And it’s comforting being able to recognize names and know that the best possible talent was booked. But we have to take a step back before we criticize and pick apart every lineup and look in the mirror. Most of my friends attended the Bethel Woods Mysterland festival, having purchased their tickets months in advance. They came back raving about the weekend, and how amazing the vibes were. They said their eyes were opened to new styles of music, they saw so many DJs they never even heard of before, and, beyond anything else, they met awesome people who they’re still in touch with. Mysteryland went for the EXPERIENCE rather than the talent, and in turn, created a magical world much more conducive to good vibes. Were they more successful than EDCNY? It’s impossible to say, as both festivals seemed to get rave reviews.

What we sometimes fail to realize about festivals is that their magic and impact on our lives comes from within. If you go into any festival with a negative mindset, whether it’s a backyard festival in your hometown or Tomorrowland in Belgium, you won’t be able to enjoy the experience. We are getting in our own way, and that’s what frustrates me the most when reading about festival lineups and reviews. We accomplish nothing by publicizing our discontent with a lineup – we’re only spreading negativity and sucking others in with us. I am not promoting an opinion-less society – everyone should have the freedom of speech to comment what they want, when they want, how they want. And open forums of discussion are some of the most productive places in our world. But they go hand in hand with having an open mind and reflecting within, rather than jumping to conclusions and self-determining what marks success.

It really comes down to this. A festival that cares about the experience, and the world it creates for people from all over the earth, will move mountains compared to big names without any thought or creativity behind them. I’ll put it into simple words: if a company focuses on WHAT they want as components for their festival season, they might come up with a great lineup or a great name in a great city. But, if another company focuses on WHY they’re creating this festival, and WHY their festival will be unlike any other, they will push the limits and leave people in awe, returning year after year. We, in turn, cannot focus on attending a festival because of the WHAT. We have to remember WHY we rave – to meet amazing people, get lost in the music, escape reality, be the simplest, most real versions of ourselves, and, even if it’s just for a long weekend, to feel like the world is at our fingertips.

With EDC Las Vegas, Electric Forest, Paradiso, and more all coming up within the next few weeks, all that I hope you take from this article is a moment to reflect on your festival mindset. Stay open minded, positive, and optimistic, and your energy will carry you above everyone who’s preoccupied with the hard facts.

Focusing on making the most of your experience, spread the good vibes, and help those around you self-reflect and rise above the lineup critics who are all too frequent this festival season.