ILLENIUM is reviving his three phase performance concept, Trilogy, in Colorado next summer.

On June 17, 2023, Denver fans will be treated to three separate sets dedicated to the phases of the ILLENIUM (real name Nicholas Miller) evolution. Empower Field is a 76,000-capacity stadium and it is sure to fill up with fans from all over the globe.

Miller is one of the biggest and most well-known artists in the current EDM scene. This marks the second Trilogy show following his record-breaking 2021 headliner at Allegiant Stadium in Las Vegas. His songs commonly have over 100 million listens on streaming services and his sets are often packed with ravers sporting branded jerseys, flags, and merchandise. 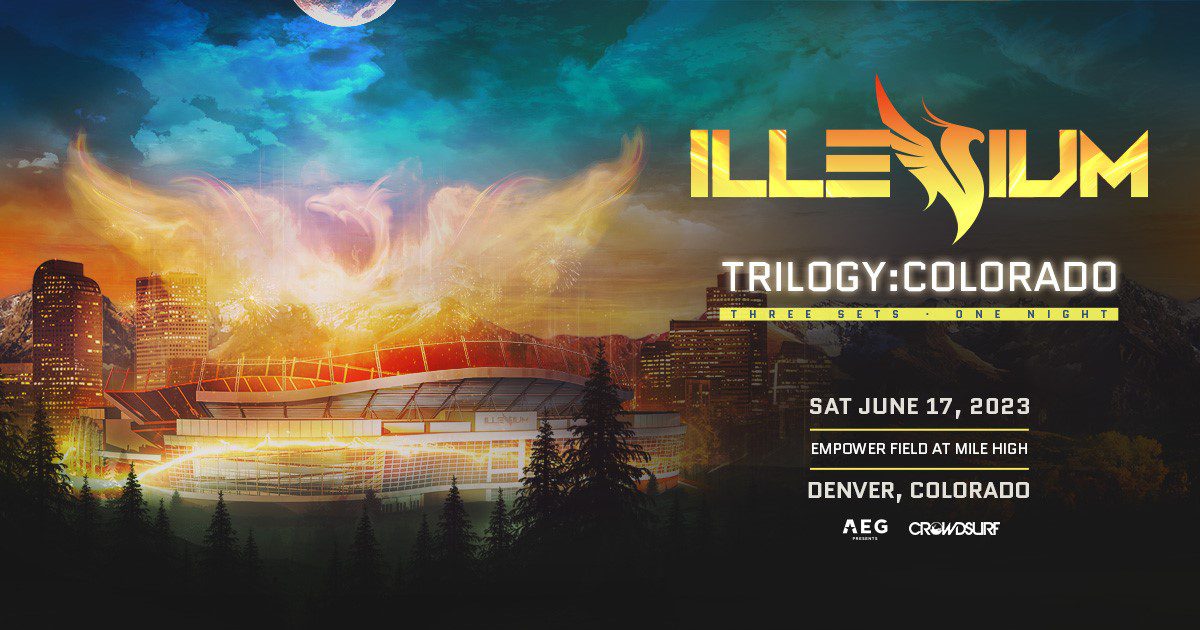 Dom Dolla Is Coming To The Shrine In LA This October