Once again, 2022 festival season has not gone to plan for Kanye West. The artist known as “Ye” has yet again pulled out of another headlining slot, this time for rap music festival Rolling Loud. He will be replaced by Kid Cudi at the Miami festival next weekend.

Earlier this year, West pulled out of Coachella 2022 just weeks before the event, and was replaced by a Swedish House Mafia x The Weeknd set. This led to a slew of rap fans selling their tickets last minute, only to be snatched up by excited EDM fans.

Rolling Loud Miami will be held July 22-24 2022, at Hard Rock Stadium and features some of the top names in rap today. Notable artists include Kendrick Lamar, Future, and 2 Chainz.

Check out the full updated lineup below: 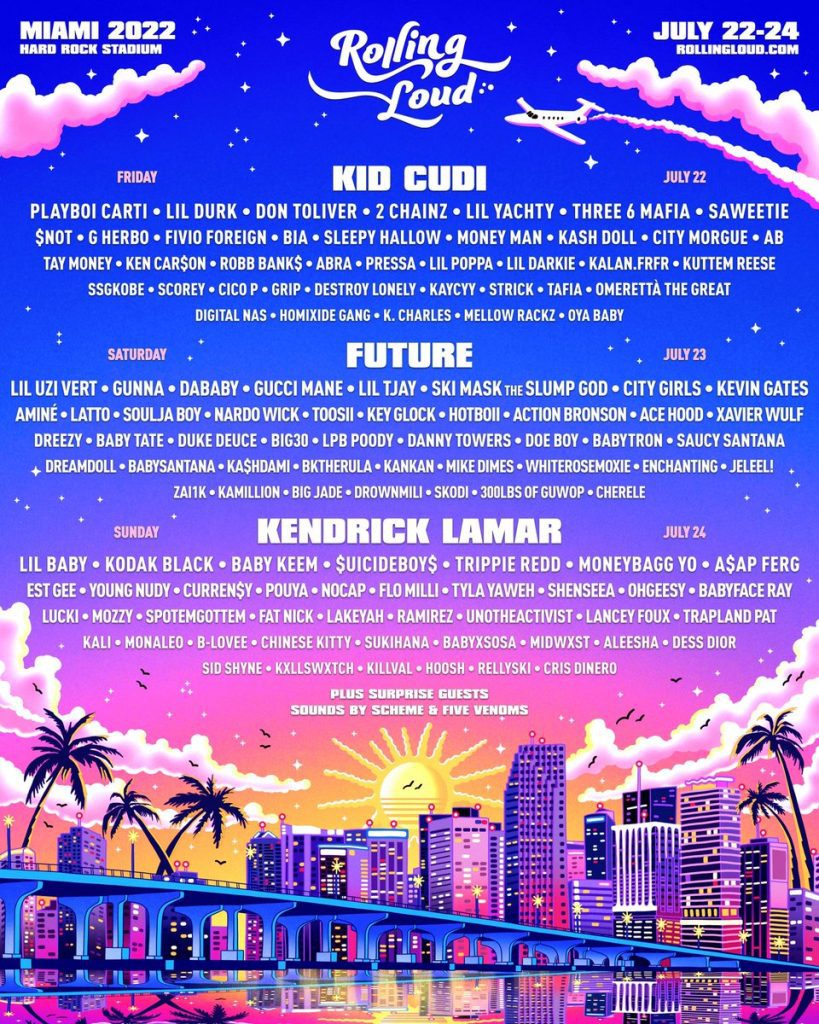