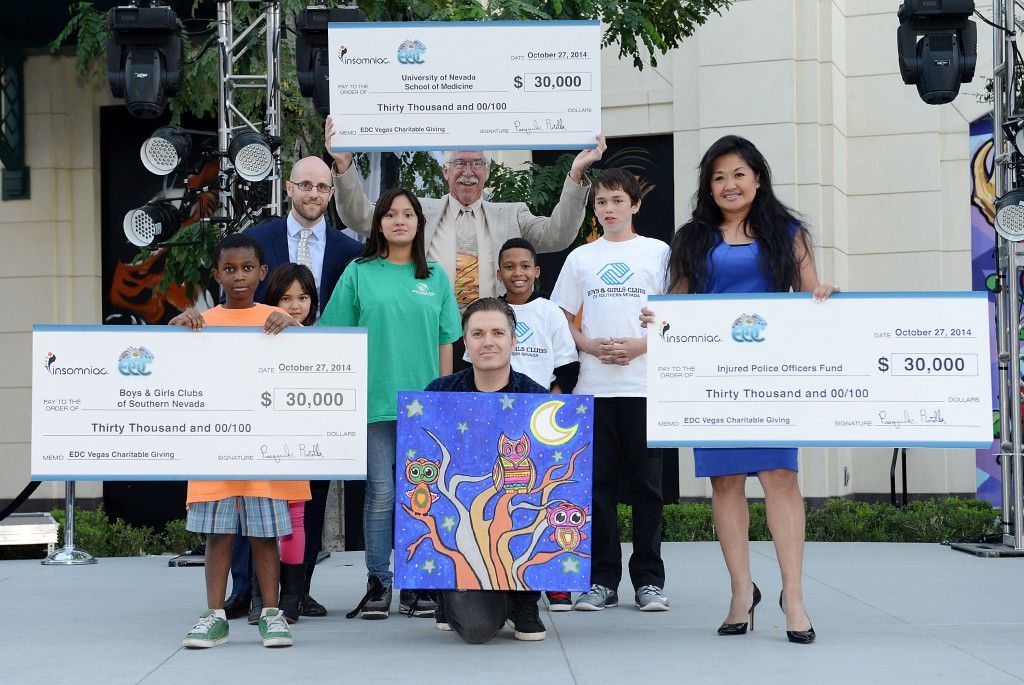 Insomniac Events has donated $90,000 from profits raised at this year’s Electric Daisy Carnival to three deserving Las Vegas organizations. The company has donated more than $375,000 to Las Vegas groups since the festival moved to Las Vegas back in 2011.

This year’s recipients include the Boys & Girls Club of Southern Nevada, Injured Police Officers Fund Las Vegas, and the University of Nevada School of Medicine. Each group will receive $30,000.

The Boys & Girls Clubs of Southern Nevada serves more than 30,000 youth in the Las Vegas area with a number of daily programs. There are 14 facilities across Las Vegas that will benefit from the funds. The Injured Police Officers Fund helps out families of officers who have been killed or injured in the line of duty. Some 8,000 officers in Nevada are currently enrolled in the program. The University of Nevada School of Medicine will use their money to help with research activities. These are the same doctors that planned and directed the medical care needs for EDC!

Pasquale Rotella, founder and CEO of Insomniac, says being able to give back to the community where he lives and works is an” amazing feeling.” He hopes to inspire others to do the same.

The 18th annual Electric Daisy Carnival was held in June of this year. More than 400,000 people attended the three day festival that was sold out. Dates for 2015 have not yet been announced, but we will let you know the second that information is released.

Fan Pukes While "Pushing the Button" During Above & Beyond Set