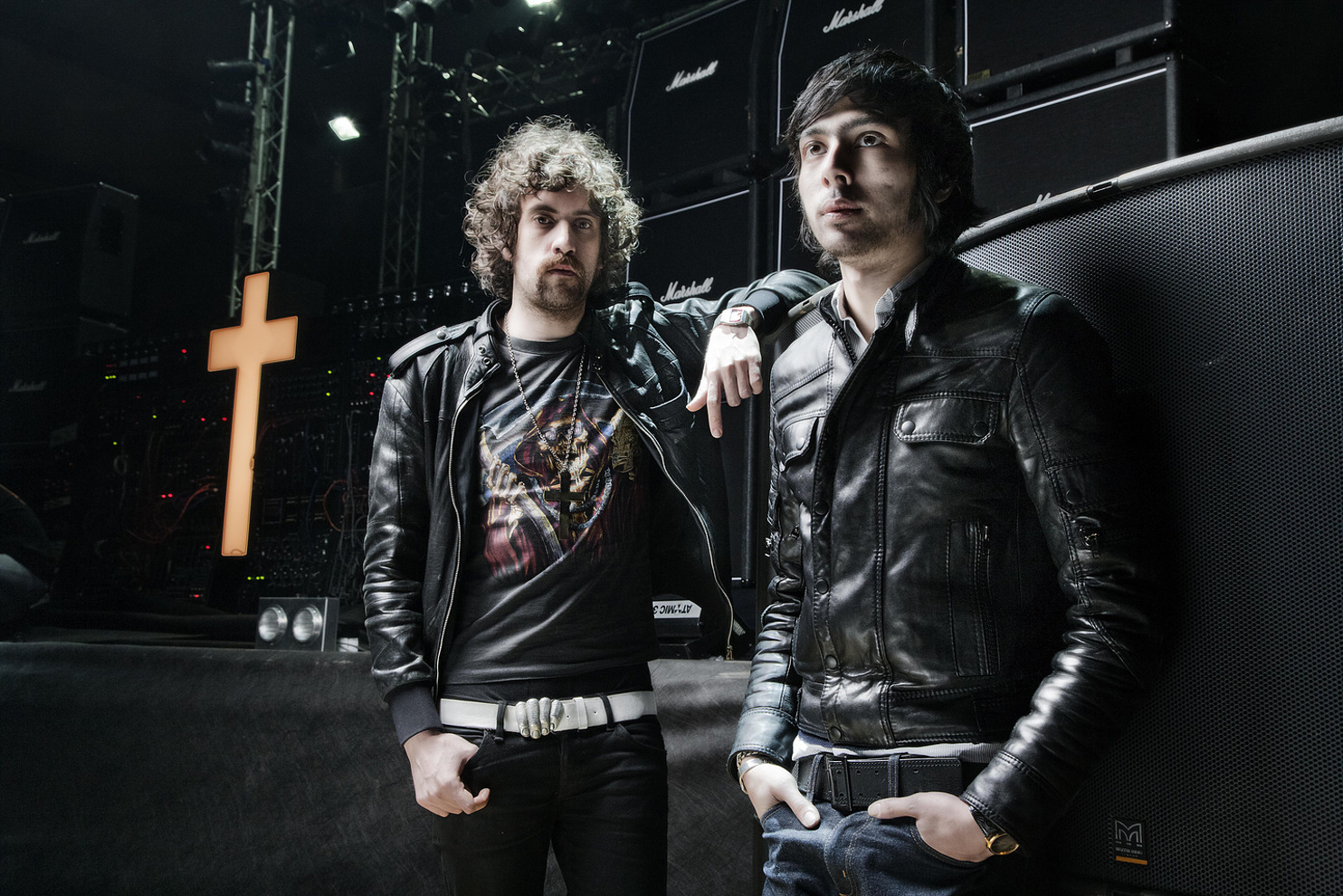 How Justice Are Reinventing Dance Music One Album At A Time

Last month, one (or perhaps two) of the most influential acts in the history of electronic music made their grand return in the form of a new single, “Safe and Sound.”

They go by the name of Justice and they are absolute legends.

Sure in this age of like-farming and clickbait headlines, words like “legends” get thrown around like a dirty baseball, robbing them of their inherent value. The thing about real legends though is that they transcend such nonsense, and frankly, time itself.

Like so many other wildly successful artists, their timing in regards to releasing music was crucial. See, it was their debut album which goes by the name of “†” that forever separated these two French producers from everyone else, and that album came out in 2007. Not too long ago, but it may as well have been decades before the monster that was EDM.

At that time, electronic music was in an interesting place. Beat producers were doing their thing on the low while house, techno, and trance were alive and well at raves and night clubs, but there was only one act that garnered respect from the entire community of music: Daft Punk. In an age where electronic music (especially dance music) was surviving on one club single at a time, they were making albums and touring the world with a live show that is regarded as one of the best to ever exist. In reality there’s only one other electronic artist to really come close to conquering the scene in a similar manner: and that is Justice.

As an album, “†” is an exquisite work of art. It flows effortlessly from beginning to end while visiting a variety of different tempos and styles, defining the sound of Justice as something that can’t be defined by any traditional means. (The “genre” section for Justice on my iTunes is “Electro-Awesome”).

By releasing “†” at the exact moment in time when electronic music had truly captivated the world, Justice has been able to land top bookings without crossing into the world of celebrity status. Unlike the EDM producers of today, Justice’s reputation surveys solely on their ability to make music. You’ll never see any lame blog entries about a Justice Twitter-beef or some stupid relationship post. They shook the Earth with “†” back in 2007, and everything they’ve released sense has been like some sort of heavenly aftershock for which people will spend years waiting anxiously.

One of the best ways to overcome Justice withdrawal is to find artists who emulate their ingenious style, something that these five do in fine style:

The two most important things to remember about Justice is that they are French, and that they are funky. This group Hypnolove is definitely both of those things. They’ve found a balance between old school funk music and upbeat house that’s as perfect as Justice, but also different. Their soundcloud isn’t super up to date, but they have been releasing material including the “La piscine” EP this past May, and their full length album “Ghost Carnival” which came out in 2013.

Although Justice are respected as songwriters and innovators, the world still knows and loves them for being electronic producers, and the reason for that is their ability to craft and manipulate sounds unlike anyone else. Some of the times those sounds would be reminiscent of live instruments, but most of the time they demonstrated just how endless the possibilities for sound design really are. This guy Far Too Loud isn’t quite there yet, but he sure makes sounds that would put plenty of MainStage producers to shame.

A lot of people may not know this, but Justice has only released music under one label: Ed Banger Records. If you haven’t heard of Ed Banger, well it’s a label run by Busy P. If you haven’t heard of Busy P, he’s the guy who managed Daft Punk from 1996-2008 (a.k.a. their entire career up until their hiatus prior to Random Access Memories). Since then he’s focused on taking his inherent taste for funkified-electro and sharing it with the world through Ed Banger. His latest addition to his artist roster is Boston Bun, who was recently featured on Annie Mac’s radio program because of his chilled-out vocal cuts.

This is one I got super stoked on when I found it for you guys. Another Frenchman, this guy has found a balance with orchestral composition and electronic music in the same manner as Justice seamlessly incorporating funk into their music. Best of all his Soundcloud is loaded with 38 full tracks, all of which maintain his unique style. No tempo or genre is off limits.

At only 19 years-old, New York native, Zaxx, has displayed an impressive level of production chops in his short time on the scene. He’s remixed notable artists like Ookay and Tiësto,, and worked with the likes of KSHMR while developing his own style of music. How does this relate him to Justice? Well for one, his music has that same rock n’ roll fell, and two, he’s clearly going places. With the right introductions and the proper motivation (of which I’m sure he has plenty) he has a real opportunity to reach the same caliber as our fabled frenchmen.