KSHMR is headed to the NOS Events Center in San Bernardino, CA to headline Insomniac’s Park ‘N Rave on March 19. This will be KSHMR’s first live performance during quarantine and what better way to make a debut than performing at Insomniac’s Park ‘N Rave. Not only will this be KSHMR’S debut performance during quarantine, but he will also be premiering his forthcoming album titled, ‘Harmonica Andromeda.’ KSHMR burst onto the EDM scene back in 2016 after collaborating with Tiesto on ‘Secrets’ and R3hab on ‘Karate.’ KSHMR has been featured as one of DJ Mag’s Top 100 DJs and recently released his first single off his upcoming album titled, ‘The World We Left Behind’ featuring KARRA.

Tickets will go on sale Monday, February 15 at 12PM PST and can be purchased here. Tickets will start at $200 per car and will allow up to five adults per vehicle with the option to purchase additional passes for larger vehicles if necessary. All traffic laws and social distancing guidelines will be enforced at all times. The show is an 18+ event and will go from 7-11 p.m. Get tickets here. 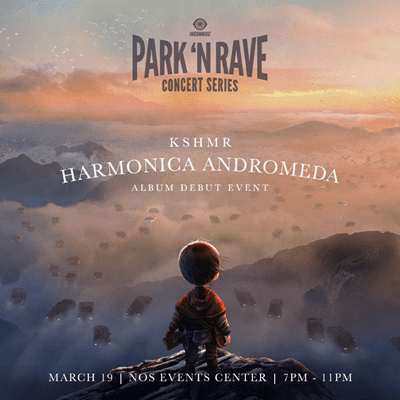