As the end of 2019 nears, our favorite end-of-year party with Lights All Night (LAN) will be celebrating its 10th Anniversary as it returns to Dallas Haymarket. This year will be extra-special to celebrate this milestone, and with that comes an amazing line-up! The festival will take place NYE weekend on December 27thto 28th2019 and boasts a line-up including Skrillex, Bassnectar, Louis the Child, 3Lau, Tritonal, Said the Sky, San Holo, and more. 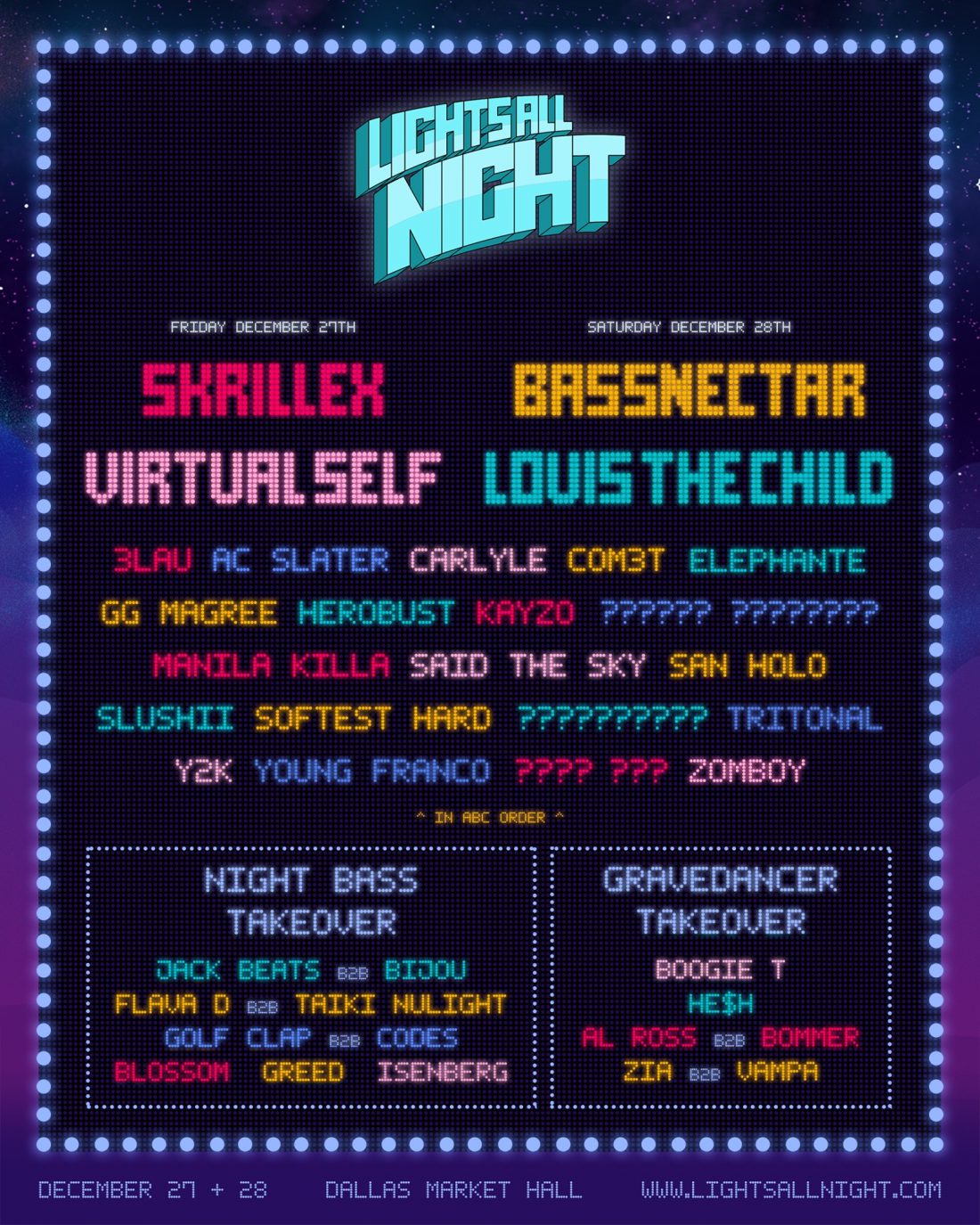 In addition to this line-up, attendees will enjoy the festival location in Downtown Dallas in a beautiful outdoor location featuring intimate stages including a silent disco area known as Disco Galaxy. There will be two mainstages with an intergalactic theme featuring a football-field size display with light shows that will certainly be mind-blowing. Ticket sales will be open on Thursday August 22nd, so head over to www.lightsallnight.com to score yours for this special anniversary edition of Lights All Nights. As the festival approaches, more surprise acts will be announced so stay tuned for more!

Tale Of Us Bring Afterlife Back To New York This September