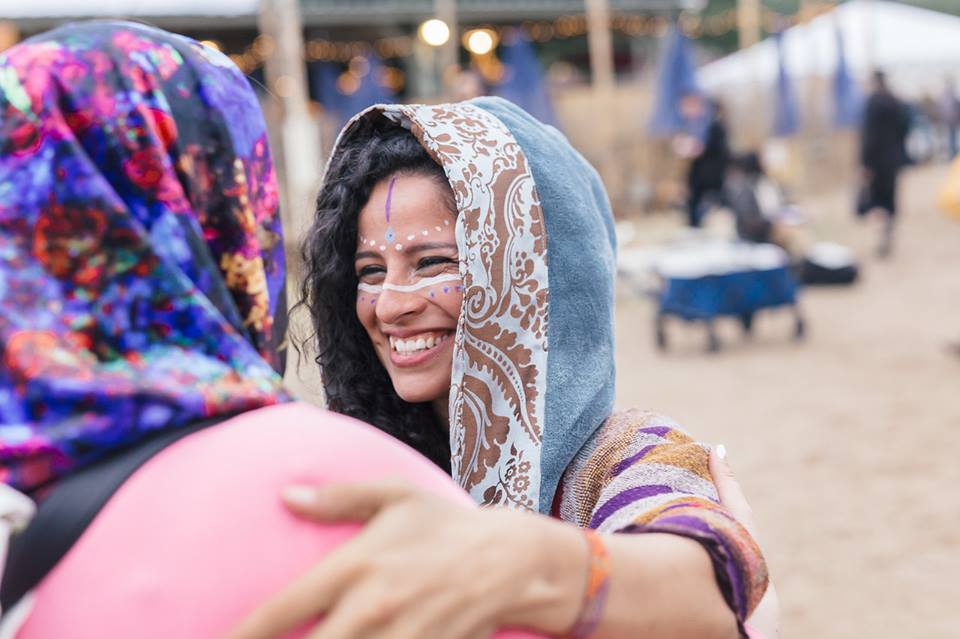 Last weekend Lucidity Festival celebrated its fifth anniversary in style (and in the rain). Flocking once again to the Live Oak Campground in the mountains of above Santa Barbara were a few thousand unique and expressive souls. Some of them had been coming to Lucidity since the beginning and some were first timers who hadn’t really grasped what a festival could be yet, but all of them were an important part of the festival. Each provided their own energy to a create a wondrous and captivating whole that was greater than the sum of its parts.

This may sound like something that is supposed to happen at every festival, but I can say from personal experience that it doesn’t always go like that. There’s no concrete reason as to why. It’s not like its the fault of any one individual or occurrence. Festivals are the result of thousands of different factors coming together to exist simultaneously, and some times they don’t fit together as nicely as they could. On the other hand they can also fit together like Lucidity, which welcomed it’s attendees with the openest arms possible; even if you were only there for eight hours like me.

Now there hasn’t been a festival that I have ever attended where I didn’t end up alone at one point or another. Most of the time it happens on purpose as I have no qualms about departing from the group in order to see artists, but it can also happen within huge crowds or any of the other billion ways to get lost at a festival. What I had never done until Lucidity was actually attend a festival alone. That means there was no campground where I could chill by default; nowhere I had supplies and snacks I could tap into. I was only going to be there for the one day so I figured it wasn’t that big of a deal.

When arrived on the grounds at around 230 there was no one handing out maps or set times at the main entrance, and after a slight hill leading up into the main festival area, it became immediately clear the level of site was very minimal. There was no difference in altitude, no large structures protruding through the trees. I didn’t know where anything was. All I saw were tents and a fork in the road.

Without giving too much of a glimpse into my thought process, I instinctually chose left although I would find out that soon it wouldn’t matter. A few minutes after making the choice sounds started to emanate between the forest of tents, leading me down multiple twists and turns. As I gradually moved farther and farther from the main entrance I came across multiple performances, presentations, and pieces of art. There was live ambient music, an interpretive dance class, a flow arts area, all of which was like the buildup to the drop that was the Nomad stage.

Existing as a plateau dug into the side of a hill, Sunday’s edition of the stage offered everything on the low end. All manner of bass driven sounds encapsulated this mid-sized dirt patch causing all those within to shift and shake with sheer veracity.

So after a good portion of the Nomad, I couldn’t help but notice the path that had lead me there did not end there. In fact the opposite. Leading up the hill the Nomad stood against was the heart of Lucidity. To some that might mean the MainStage, food, and vendors (which was all true), but because the lower area I had just explored was also the home to most of the camping, it didn’t offer the same potential for presentation. All sorts of interactive art installations were scattered throughout the area, including a giant tire swing, a fire, and a piano that lit up as it was played.

Basically everywhere you went in Lucidity there was something to see and do, however there was one thing missing on my first run, people. Not to say the grounds were completely deserted, but soon after my arrival the rain began again. Softly at first, but by the time I had full explored the area around the Crossroads, it was coming down hard enough to want to avoid it.

There are plenty of people who say that rain during a festival is something special; something to be cherished. Rain ignites someone’s tribal instincts as it is one of the most direct ways in which nature speaks to us. I’ve definitely been in those kind of rains before, but at a certain point no one really wants to just stand in the rain. Slowly but surely most attendees were receded to their campsites, which is something I was unfortunately devoid of. I had no other choice but to return to my car…on the other side of the festival.

It wasn’t all that bad walking over there, and I wasn’t completely soaked, but I didn’t want to spend the whole day at a festival either in the rain or in my car. So I waited. About an hour went by and it was still raining. Slowly I began to consider just leaving then. Service wasn’t good enough to look top the forecast later, and it wasn’t worth it to stay if it kept raining. However, as I soon as began to seriously think about departing not only did the rain stop, but a small rift opened within the clouds.

I began making my journey back into the festival, but this time at the fork in the road I went right for some new perspective. Well in addition to seeing the festival from some new angles, the venue was now soaked in the rays of the sun.

Suddenly all of Lucidity began to reignite. Everyone was so happy the sun was out that the whole festival became a party. Art installations were now filled with people and musicians. Dance floors became all the more vibrant, and all the interactions that the rain had stifled for a few hours were now ripe for the taking. The number of things to see and do were now multiplied by the number of smiling people everywhere, and you could tell most of those smiles will be coming back for round 6 next year.