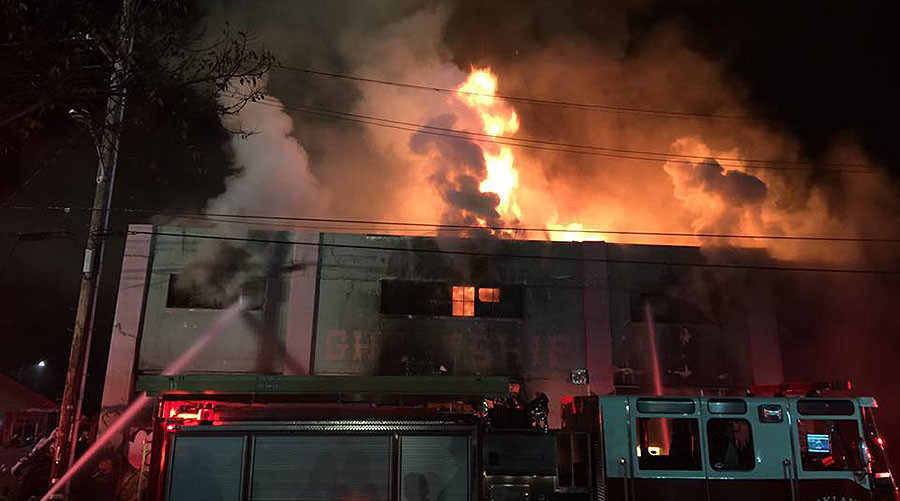 Over 30 Dead In Fire at Oakland Warehouse Party

Extremely sad news out of Oakland, California this morning as authorities have officially identified 11 of the 36 victims in a deadly warehouse fire this past weekend.

The death tool is expected to rise as authorities comb through the site of a massive 2 floor warehouse space which was home to local artists and musicians. The space was known as the “Ghost Ship” and featured tons of art, exotic lamps, paintings and more.

A dance party was being held at the warehouse when the fire broke out late Friday night. Authorities say that cause of the fire is still unknown, and a criminal investigation has been launched.

Social media this weekend played a huge role in helping families and friends locate their loved ones. The Facebook event page immediately became flooded with posts by those desperate to find out more information. Facebook also activated the ‘Facebook Safety Check’ where locals could check in and mark themselves ‘safe.’

70% of the warehouse still needs to be searched, according to officials, and many of the victims of this tragedy have yet to be identified. Officials have released the names of some of the victims, and will not include the name of a 17-year old victim.

This of course hits very close to home as most of us have been at warehouse party at some point. The dance music community worldwide is standing by the families and friends in this time of mourning, and a Donation page has been launched.

We’ll get more information as the investigation continues and our thoughts and prayers are with everyone affected by this devastating event.