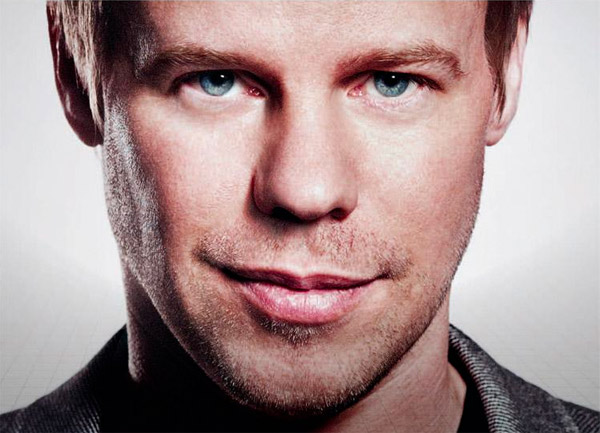 Ferry Corsten, one of the most recognizable iconic names in trance today, was born in Rotterdam, Netherlands. The Dutch producer, now just over 40 years old, has been creating music since the young age of just 16. With his roots starting in Hardcore Gabber scene, Ferry started out performing locally in his town. While DJing he was also selling mix-tapes and washing cars to save for equipment he needed.

Now having been a producer and DJ for over 20 years, Corsten’s extensive career is near impossible to sum up. He has performed as over 30 different aliases in multiple genres, many more than the average DJ and quite possibly the most of any. Ferry’s first ever studio production came in 1991, titled Spirit of Adventure. This release featured four tracks, “Keep It Rockin,” “Total Distortion,” “Growing Knowledge,” and “L’Hysterie.” Early releases such as these will have a much different feel than the Ferry you hear today, demonstrating his ability to develop as a producer and chase the sound he wants. Several years later, while playing under the alias Hole In One, the 21 year old Corsten won a De Grote Prijs van Nederland award for his outstanding contribution in Holland’s electronic dance music scene.

It was time for Corsten to begin his first music label and in 1997 Tsunami Recordings was formed, with partner Robert Smit and the Dutch dance company Purple Eye Entertainment. Two years later he produced a remix of William Orbit’s “Barber’s Adagio For Strings.” This track saw huge success reaching 5th on UK Dance Music Charts and earning him Producer of the Year from the 1999 Ericsson Muzik awards. Ferry’s productions have since described as the “Dutch Trance Sound.”

10 years after his first studio release, Ferry found himself producing the anthem for Dance Valley. Considered by some to be the “Woodstock of Dance,” Dance Valley has been an on-going festival held during summers in Spaarnwoude, Netherlands since 1995. Breaking through into the DJing side of his career, Ferry has been no stranger to festivals world-wide bringing the Dutch Trance to everyone he can.

Staying ahead of the game with his ever evolving trance sound, in 2003 Ferry released his first album under his real name Ferry Corsten, titled Right of Way. The same year brought “Rock Your Body, Rock,” delivering a new electro trance feel with this track. Fans everywhere were dancing to it, and the song to shot up the UK Dance Charts to reach 11th.

In 2005 after 8 years of unforgettable releases, Ferry parted ways with Tsunami Recordings. He went on to create his new label Flashover Recordings, signing creative talents such as Arty, Tritonal, Yuri Kane and more. The label has since grown rapidly, giving birth to several sub-labels in order to accompany the variety of Flashover Recordings. The same year found Ferry being voted Best Trance DJ Ibiza, another milestone confirming everything he has worked for.

Once again displaying his ability to evolve a unique trance sound, Corsten released a second album titled L.E.F. (2006) which stood for “Loud Electronic Ferocious.” His hit track “Fire” on the album went on to be nominated for best trance video that year by the Trance Awards. The following year brought two more awards for Ferry, winning the Best Trance DJ Ibiza again, and SLAM!FM’s DJ of the Year Award.

Between producing, DJing around the world, and playing the occasional game of squash, Ferry has somehow managed to find time to begin one of the most popular trance radio shows in existence, Corsten’s Countdown. The show has aired every week for over 5 years running, allowing fans to interact and vote on tracks they want to hear Ferry play live. Today the radio show is aired in over 50 countries world-wide and is now on its 347th episode.

Among Ferry’s other creations are several phone apps. One being a popular DJing app called “Cue Play DJ,” giving your phone basic DJing abilities. In 2011 he released the “Ferry Corsten – 20 Years App” celebrating 20 years of Ferry Corsten’s career. The app includes over an hour long special mix and 34 tracks, making him the first artist ever to release an album in an app format.

For the last several years Ferry hasn’t slowed down, having over 100 tour dates a year peaking around 129 appearances in 2012. Fans have regularly voted Ferry into the DJ Magazine’s Top 100 list reaching his highest at #7 in 2009. He’s created his own show called Full On Ferry, where he personally invites DJ’s to perform intimate one-of-a-kind back-to-back sets. Most recently Ferry has combined forces with German trance legend Marcus Schulz to form the newest of his groups, New World Punx. The duo made their world debut in Madison Square Garden at the renowned A State of Trance 600, playing their single “Romper” for the first time ever, later re-airing on Corsten’s Countdown.

We’ve only touched the tip of the ice berg in Ferry Corsten’s massive career. With hundreds of songs and remixes produced, thousands of stages destroyed whilst DJing, several phone apps, tours, radio shows, Ferry’s list of accolade’s goes on and on, and on. If you haven’t caught Ferry yet, or are a Countdown faithful, don’t miss out. Ferry returns to Southern California this March!

We recently sat down with Ferry before his set at Exchange LA on February 7th, and you can catch our interview (with your questions) below!

Welcome back to LA, we’re glad to have you back.

I love it here, it’s rockin at as always can’t wait!

What have you been up to this year, any highlights?

The year has just begun. January is usually quiet for me, I go out snowboarding and like to be in the mountains. That’s what’s happened for me so far!

In regards to your ‘F’ logo. How did that design come to light and when?

Any chance of a new alias or rebirth or an old in the future?

Well, I did one a while ago, Feston “Fe+ry+ corston” Ferry Corsten is really what I focus on. Always the eternal question if there’s another Gouryella and some of the older names, it’s hard to live up to the expectation, not sure what to say about that one but never say never!

Co producing. Out of everyone in the scene what brought you and Marcus Schulz together?

It was really random. We were both in Ibiza and had a mutual friend who had a villa for the week and we were hanging out for a couple days and one night we had a big barbeque and it was soon after that we realized this was a real passion for us and we thought we should do something with it, so we sat down in the studio and we were playing somewhere on the same lineup and we said why don’t we see if we can take over the whole night and the response was so amazing, we decided to do it a few more times. Ecostage in DC was a great night and requests came in from promoters and we went with it!

As busy as you are have you ever just taking time completely off sat at home with your family and did absolutely nothing?

In general for the scene, January is a quiet month but there’s always summer somewhere. Lots of festivals are happening in January and like I said, used to be quiet for everyone but changing for everyone, but full on for me the whole year!

What was your inspiration for Twice in a blue moon album?

That was around the time my wife was pregnant with our daughter. It was such a new thing and experience in life and your emotions go left to right and there’s one track called on the album called Gabriella Sky (after my daughter), so that was in the back of my head when making it.

You have seen so much success in your career, any of your favorite accomplishments, things you haven’t gotten the chance to do?

Well I started as producer, and I would like to take on the role of a producer, producer. Like a producer that produces a band.

Speaking of ghost producing, what are your thoughts about it?

I’m not okay with it, I gotta be honest. There’s nothing wrong with having someone produce it for you and being with them in the studio, and you’re sharing your thoughts with the track and you don’t have to be the engineer but I’m very against buying a track because then your just not artist-worthy. You can do stage dives and when you’re on the stage playing the track but you’re just playing the track as a DJ.  Its like, how can you call yourself a guitar player if you don’t play the guitar?

If you could give any advice to aspiring artists, what would that be?

I would say nowadays there’s SoundCloud and Beatport and its easy to put your music out and buy software. You gotta realize that with you are so many artists and there’s a lot of music that comes out trying to create the next ‘Animals’ or ‘Tsunami’ or Armin or Ferry track. Don’t be a copy, try to be very original. Be original! If you like trance music and your friends tell you to make big room, because that’s whats big right now do what you feel and make trance!

Corsten’s Countdown has been a huge success, what do you think has made it that way?

For me personally,  I can only speak for that, what I think it is , it’s the listeners involvement. I can bombard everyone with new tracks but instead it’s the audience’s participation. I think the top 3 listeners choice is the selling point.

Are there any festivals or events you’re really excited for that are coming up?

New World Punx at TomorrowLand, that was just announced!

Well as always, thanks so much for speaking with us Ferry! We know you’re going to have a great night!