Unfortunately, many festivals and raves have been associated with drug use since the early 90s and the ecstasy craze of Ibiza and the UK. This has prompted many festivals to organize testing facilities on-site and dangerous pills were identified this past weekend at Creamfields.

Dimethylpentylone is a stimulant often used to fill out the “bulk” of a drug and can cause severe insomnia, paranoia, and increased heart rate. High concentrations of MDMA can cause high blood pressure, faintness, panic attacks, loss of consciousness, and seizures. Because it’s often associated with vigorous physical activity in warm environments, it can lead to dehydration, kidney failure, or fatal swelling of the brain.

This news comes after a report that a woman died after allegedly taking a substance and falling ill. Although, there has been no link made between the death and the issued warnings.

Unfortunately, many American festivals do not set up on-site testing facilities, causing some attendees to choose to simply not test their substances properly. But there are many resources for raving safely like Dance Safe.org.

Read the issued warning below: 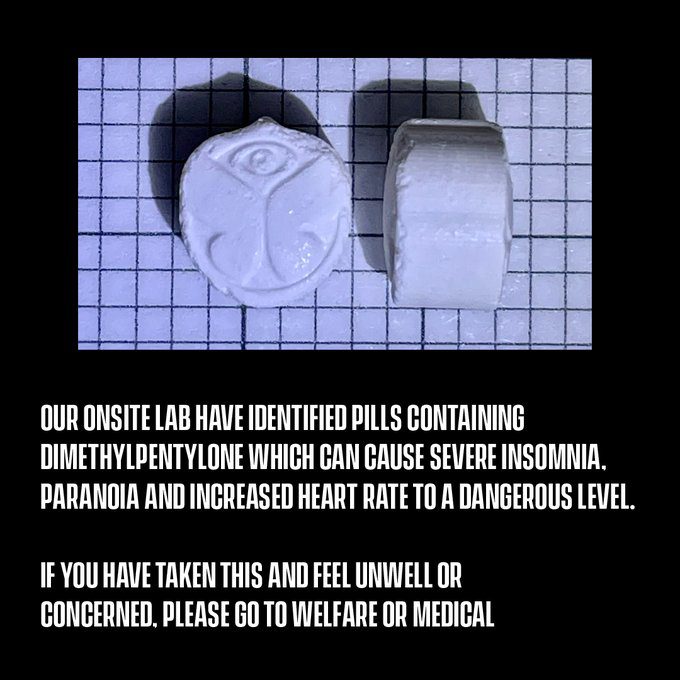