Last year, Ultra Miami debuted the widely acclaimed RESISTANCE Island in the takeover of a small island at the Virginia Key location this past March. With three stages and an incredible lineup, the Ultra Worldwide techno brand provided a next-level experience that brought techno fans from around the world to the heart of Downtown Miami for the weekend. As Ultra Miami returns home to the original location in Bayfront Park this March 20-22, 2020, the brand made another huge announcement today as they bring RESISTANCE back with them for the entire three days of the festival.

This will be the first time in Ultra history to host the RESISTANCE stage for the entire course of the festival, which makes for extremely exciting news for fans as Ultra curates a brand-new stage display and a highly regarded lineup. 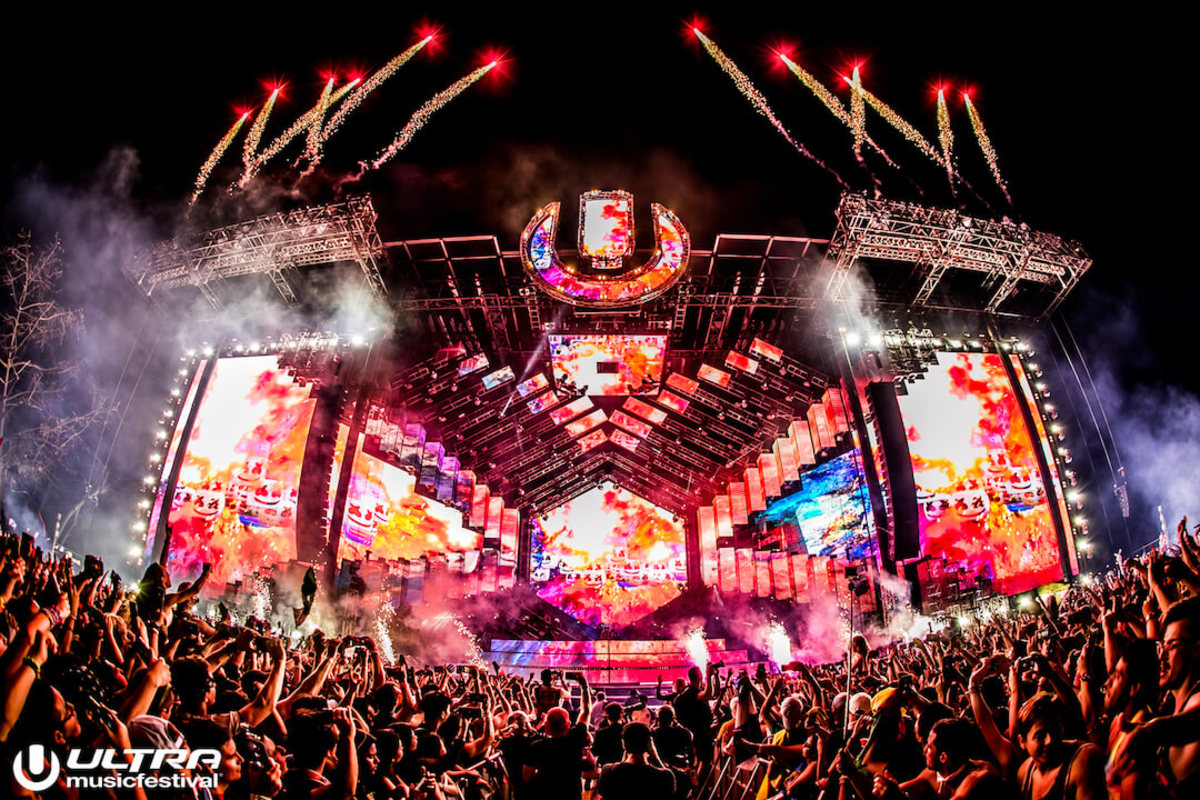 For the 2020 return, RESISTANCE will have an entire area located in the northern perimeter of the festival on the waterfront of Biscayne Bay and will include several new sections including The Cove. The Cove will draw on the vibes from RESISTANCE Island last year and be dedicated to underground techno. Additionally, Carl Cox will be expanding his iconic Carl Cox Megastructure which will also take place for the full three days of the festival rather than the usual single day.

This will be a huge year for Carl Cox as Ultra celebrates his 20th year of performing at Ultra Music Festival. As part of this celebration, Carl Cox will be headlining three times throughout the weekend in three separate sets including an exclusive B3B debut. During the weekend, Carl Cox will play his own solo set, then take the stage with Jamie Jones and The Martinez Brothers, and concluding the weekend with a B2B performance with techno icon Maceo Plex for the first time ever stateside. 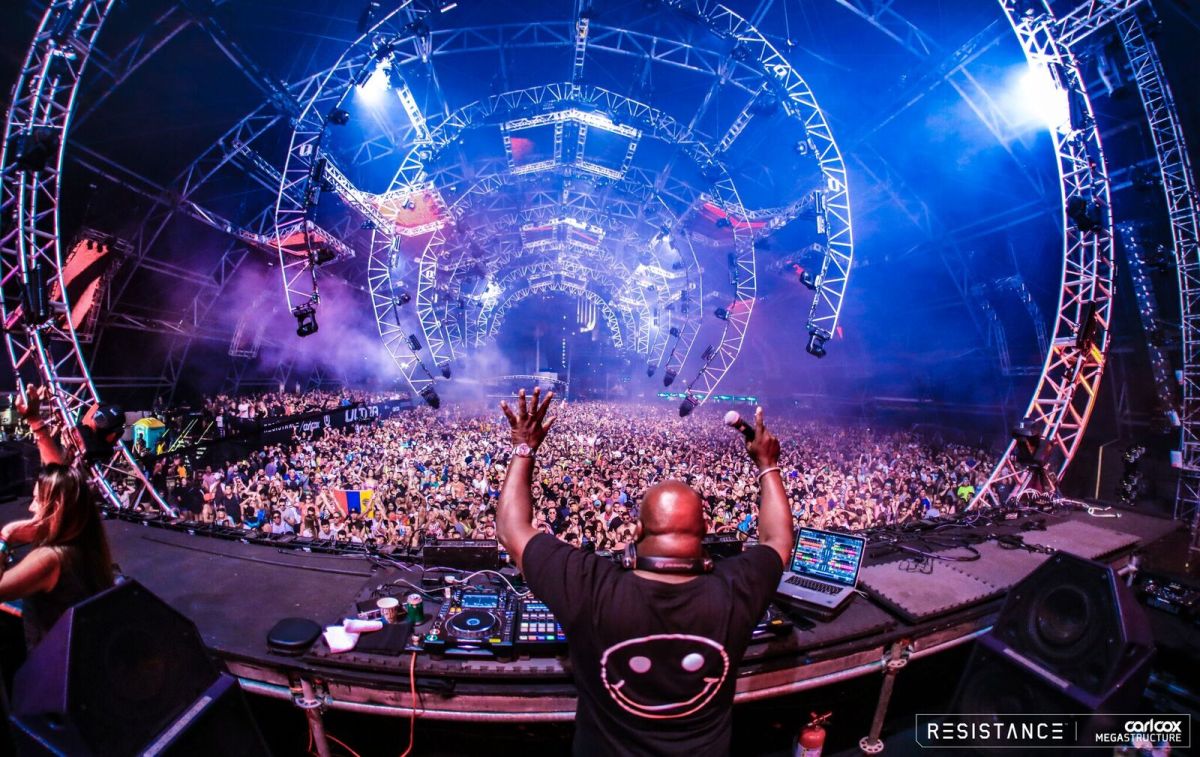 Adding to this stellar roster, Ultra will be bringing in techno heavyweights from around the world to the stages of RESISTANCE with the introduction of several newcomers to Ultra. Techno phenomenon Amelie Lens will be making her way from Belgium to perform in her debut at Ultra Music Festival, bringing along her exquisite talent for mixing techno beats. Also taking the stage this year will be Adam Beyer B2B Cirez D for the first time in a back-to-back set. Additionally, fans will have the chance to see Dubfire, Nicole Moudaber, and Paco Osuna as they return to play at the RESISTANCE stage.

Other headliners will include Richie Hawtin, Nic Fanciulli, Pan-Pot, ANNA, and Eats Everything as they bring over the underground techno vibes from their residency performances this past summer at Ibiza’s most popular nightclub Privilege. Camelphat and house duo Solardo will also be returning to Ultra Miami along with Tale Of Us, Loco Dice, and Gorgon City. In a special guest lineup, Technasia will be taking the stage in back-to-back-to-back sets with both Hector and Carlo Lio as they come together from France, Mexico, and Canada for the first time. 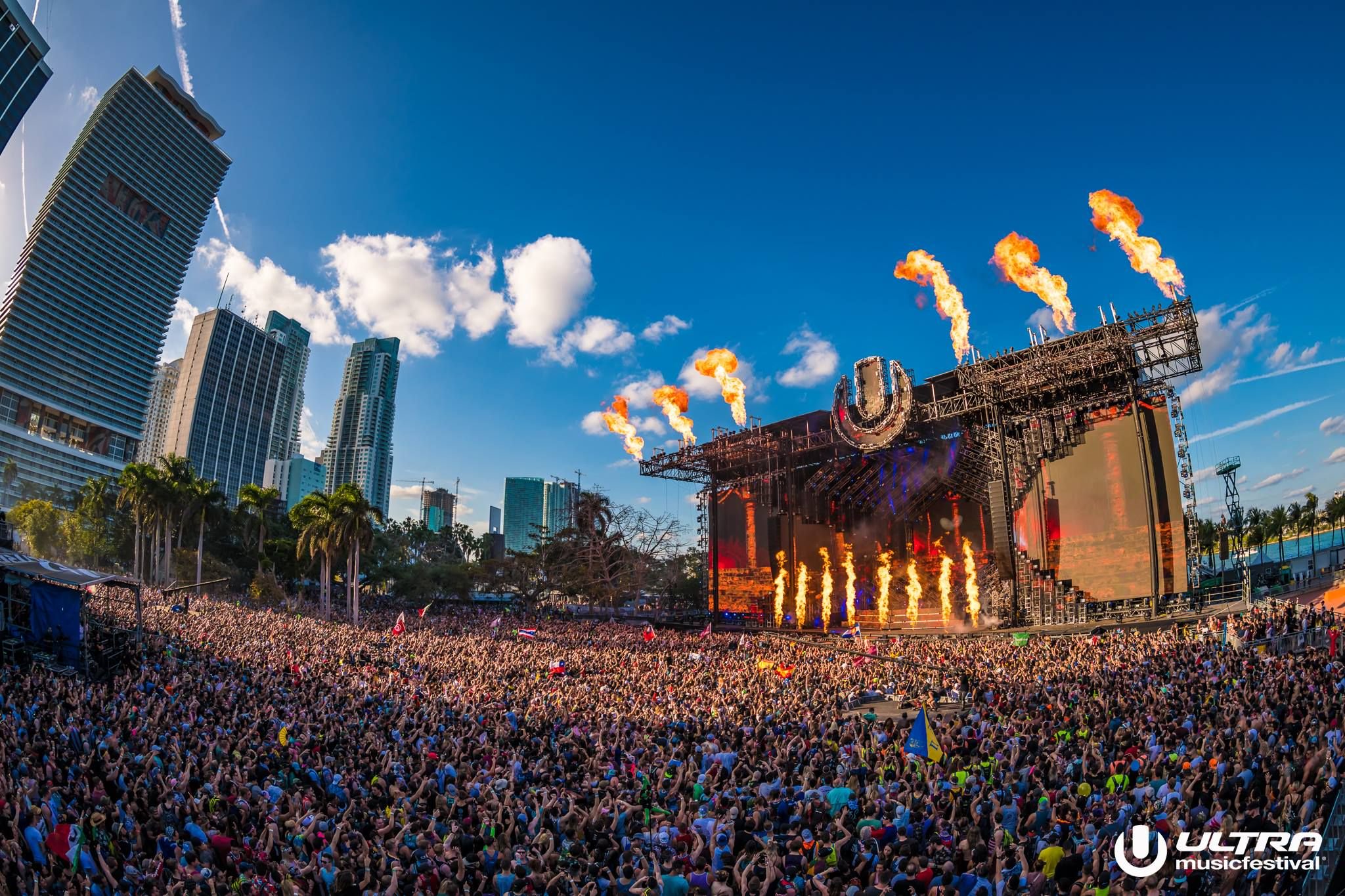 With three days and multiple areas, Ultra Miami welcomes even more first-time headliners including Ibiza’s ‘Tech House DJ Of The Year” Michael Bibi and techno sensation Dennis Cruz in yet another epic back-to-back performance. Fans will also have the chance to see RESISTANCE fan favorite Nastia return to the decks as she makes her way from Ukraine. As techno continues their takeover at Ultra, up-and-coming talent locally and internationally will make their debut in Miami. This includes Dancing Astronaut’s “Breakout Artist Of The Year” Dom Dolla, Ukrainian duo ARTBAT, techno artist Anfisa Letyago, Netherlands-based Reinier Zonneveld, and a special set from Awesome Soundwave co-founder Christopher Coe in a live performance.

The RESISTANCE brand is now rooted in all six habitable continents as Ultra Worldwide continues its global expansion with thirty-eight Ultra festivals across the world. With Ultra Miami being the first debut of the Ultra brand back in 1999, the Miami festival is touted as the most popular and beloved by fans as the festival continues to deliver only the best in festival production and electronic music talent. We expect this year to be no different, with Ultra coming back to Bayfront Park in a big way as fans prepare to celebrate the return home. Stay tuned for Phase 2 of the RESISTANCE lineup and news as Ultra releases more surprises for the upcoming year! 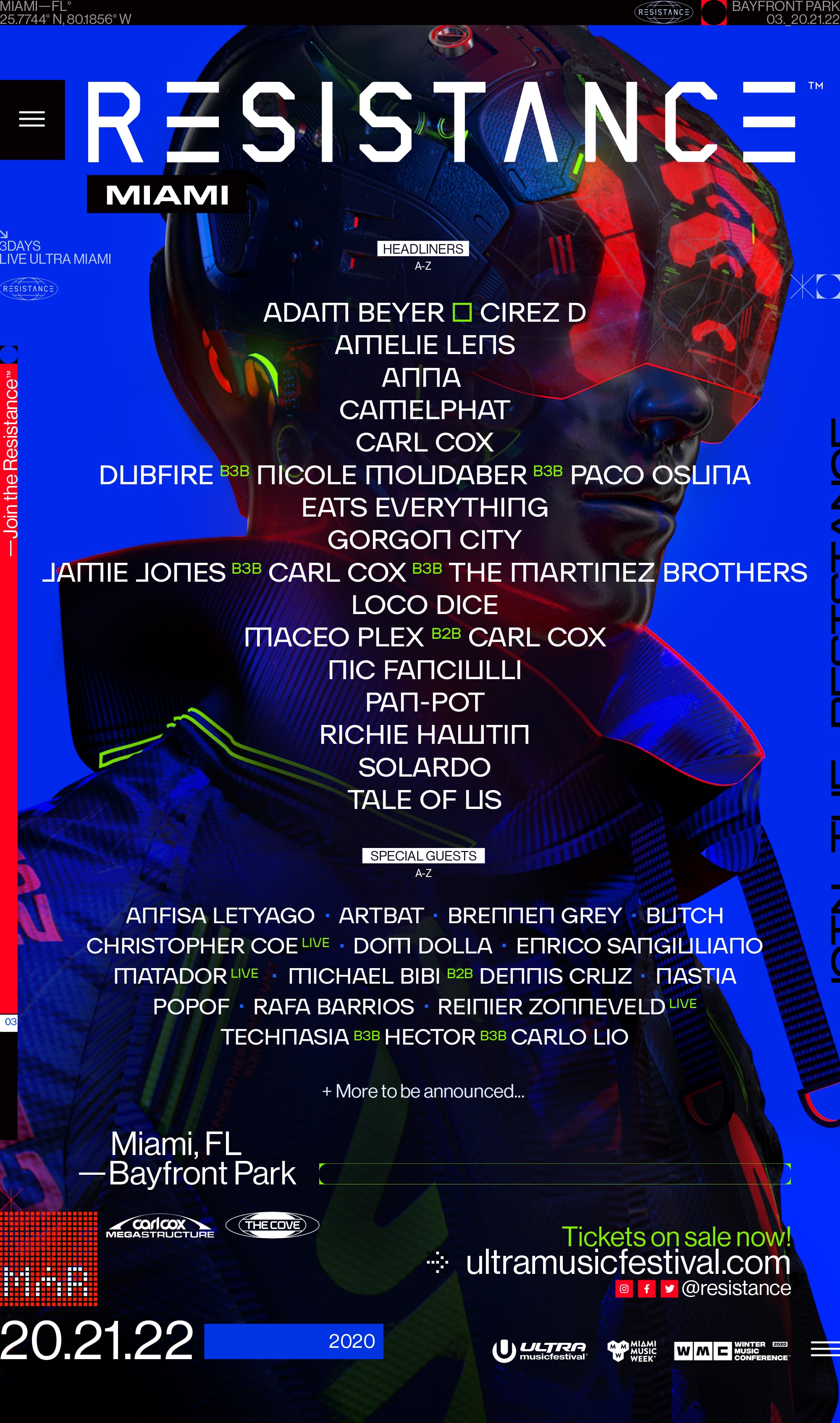