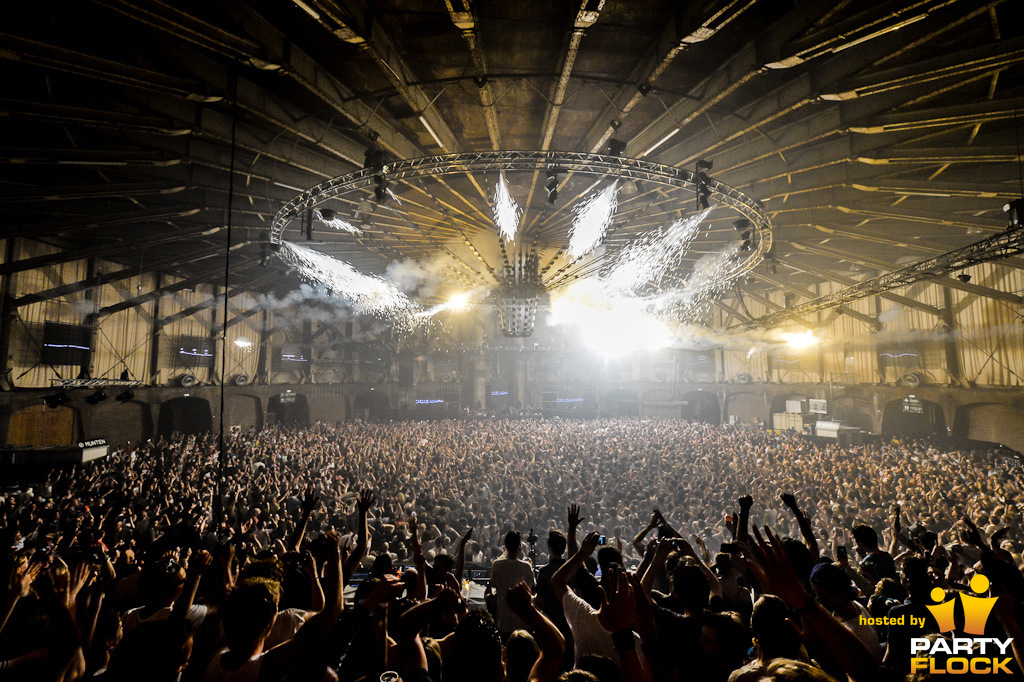 There is one genre that has always been the backbone of electronic music: techno.

Considering that it was one of the first genres of EDM to be invented (it came up right alongside house) techno has evolved to a much smaller degree than its counterparts, which now have so many subgenres that its even hard for the DJs to keep up. The thing is though, pretty much all the subgeneres of house that exist today existed back in the early 2000’s. David Guetta’s first album, ‘Just A Little More Love’, was released in 2002, and it has tech house, electro house, big room house, deep house, vocal house, and more on it, but back then there weren’t any categorizations such as those. It was all just house music. All the different genre names came partially from the need to classify the different sounds and partially from EDM nerds’ desire to sound smart when they talk about it. Once these genre names were “defined”, that’s when producers started working hard to highlight the differences between them, causing their names to be paired with a specific sound.

Right now, EDM culture is saturated in every sense of the word. Events are saturated with people. Soundcloud is saturated with wannabes. Genres like house and trance are saturated with meaningless specifications that are literally determined by whether one sound is present or absent, and frankly people are starting to get sick of it. This has lead to big name DJs such as Jauz and GTA promoting adages like “Death To Genres” because at the end of the day, it’s all just music. Nothing else matters.

Techno has never had that problem. If you listen to techno made 20 years ago, it’ll still sound the same today. That’s why people unfamiliar with the scene still use the term “techno” to describe all electronic music. Oh and when EDM haters make fun of dance music by saying “unce unce unce”, they’re imitating the sound of techno.

What people are starting to understand though is that that sameness is a form of freedom, and techno is making a huge comeback because of it (even though it was there all along).

It’s that sameness that frees the DJs up from any kind of preconceived notions as far as what their set “should” sound like. If you’re going to see a techno DJ, the only thing you can rely on is that there’s going to be a beat. A techno DJ can play the deepest, darkest techno ever one day, and the next, pepper their beats with minimal piano lines or acid sounds. You just never know.

On the contrary, if you go to see Martin Garrix two days in a row, all you’re going to get both days is a whole slew of huge house music that gets huger and huger as the set goes on. That’s because his music is attached to his image, which was cemented as soon as “Animals” came out. That’s not entirely his fault though. If EDM aficionados weren’t so intent on their little subgenres, Martin Garrix could get away with playing any kind of house he wanted.

Techno by nature is so simplistic that the only real categories that exist are based on where the producer of the track originated. New York Techno. Detroit Techno. European Techno. An attuned ear may be able to definitively tell the difference between them, but if you try to go any deeper than that, all you’re really doing is describing what you hear. And honestly, for the most part, the people with those attuned ears don’t really care what kind of techno they’re hearing. Plus, techno producers from America make tracks that sounds European all the time.

This is why, when looking at the Resident Advisor top 100 DJ list (aka the list that really matters), you’ll see a series of techno DJs at the top. Where DJs of other genres, for the most part, stay tried and true to what they’re known for, techno DJs concentrate on reading the room, and crafting an environment through music. There are no weird genre stereotypes standing in the way, and the techno-heads know this. Everyone who goes to a techno party, including the DJ, just wants to have fun and dance.

All the DJs who are still playing festivals have been in the scene for over 10 years, and they all know each other too. All these DJs have ever wanted to do was get the crowd moving, which is what has kept them together all these years. Spontaneous back-to-back sets occur most often at techno parties without a doubt because there is no ego involved in spinning a tech set. It’s all about the party. Where other DJs would rather spin by themselves to make sure the crowd is there to see them, techno DJs just want to have a good time, and sometimes that means bringing one of their homies up there with them. Besides, most of them come from a time where the DJ was either shrouded in smoke or in a tiny corner of the room, with no attention being drawn to them whatsoever.

The time where who the DJ is not mattering may be a long time gone, but that’s just about the only thing that hasn’t remained constant in the techno scene. Almost everything that was happening 20 years ago at a techno party is still happening today. A lot of the DJs are the same. The “let’s have fun together” spirit is the same. But most, importantly the beat is the same. With how much EDM is changing, a lot of people are starting to realize that sort of repetition is comforting, and also, a damn good time. Unce unce unce.