Techno DJ Shlømo Is Coming To San Diego This July

San Diego techno fans are in for a treat as Shlømo; a French producer creating dark, authentically-European techno; will be coming to their city. Downtown venue Revel Revel will host the artist presented by rising event promoter Veluda on July 10. Veluda, meaning “velvet” in Portuguese, is an event company focused on the polarities in light and dark. Their events are dark in tone but lavish in design. The upcoming show is a part of their Disconnect series bringing hard techno and wellness together under one roof. 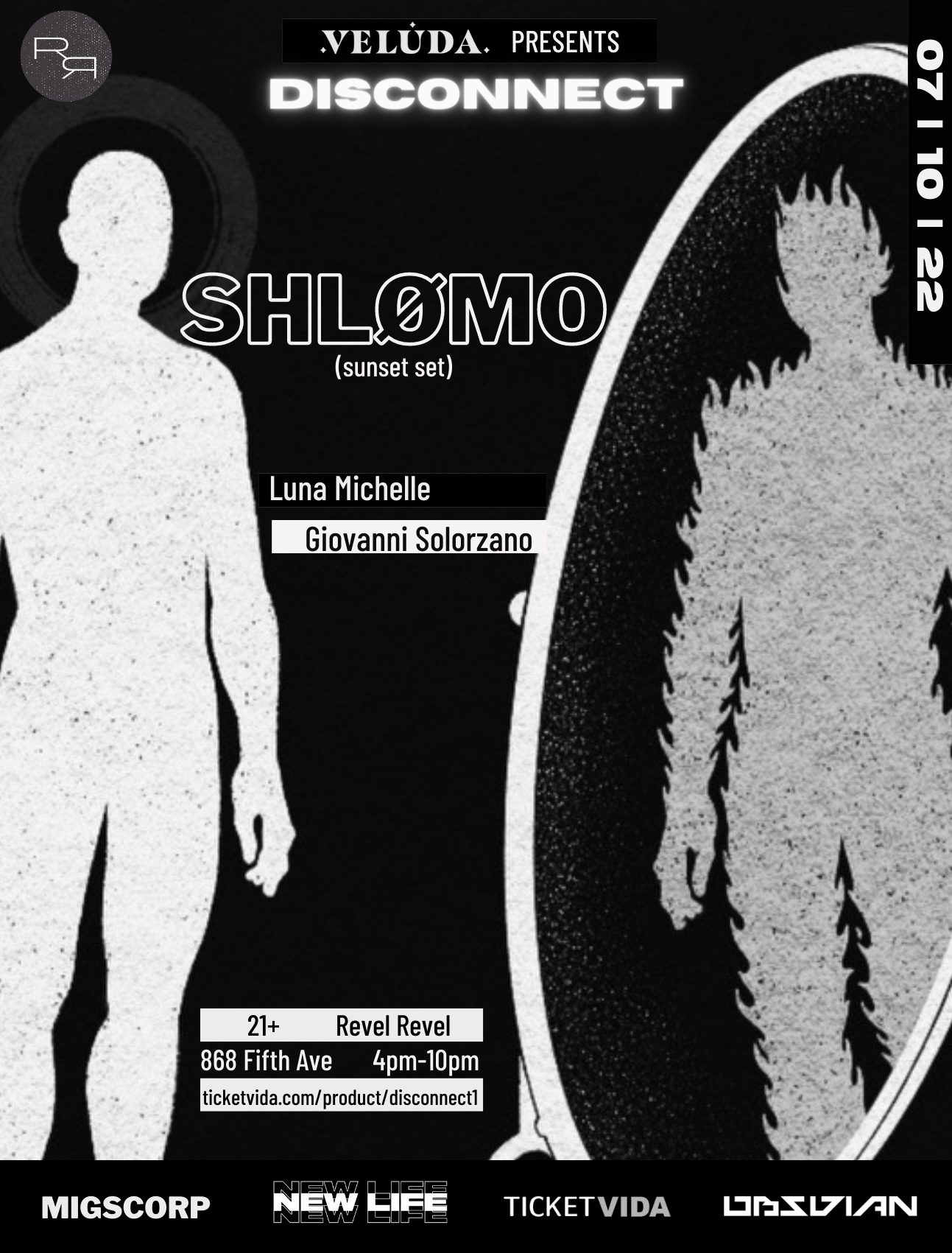 Shlømo is known for his varied productions and performances containing hard-hitting techno, ambient, and IDM. The numerous EP’s released over his eight-year career have landed him at Berghain in Germany and Awakenings Festival in the Netherlands. Check out the clips of his set at Awakenings below. His music is so infectious, he also has a residency at Polish hotspot POSSESSION. Taapion, the record label started by Shlømo, puts out techno bangers sure to be played at the most underground of raves in Germany. Tracks “Welcome Back the Devil” and “Posh and Scary” emit pure, hard-hitting energy.

Tickets for the event are available here. Shlømo is a unique artist sure to draw big crowds to a smaller venue, so this event could sell out.