2023 is the year of the neck brace as Subtronics just dropped the news he’s going on a full U.S. headlining tour next year.

The bass innovator will be traveling all across the US from January to March on his Antifractal tour. He will be hitting prominent cities like San Diego along with smaller markets like Little Rock, Arkansas and Lincoln, Nebraska.

Subtronics stated in the comments, “If you don’t see your city it’s because I likely have something special planned for later in the year.” The tour includes his recently announced show at the Kia Forum in LA co-hosted by Bassrush and Live Nation.

The support is also well stacked with artists like Getter, Peekaboo, and Virtual Riot, plus additional support from Blanke, Dimension, A Hundred Drums, Artix!, and Austeria.

Subtronics has been hailed as one of the biggest bass stars to come out of the electronic scene. This past weekend he performed a back-to-back set with house artist John Summit at Lost Lands hilariously calling the duo “Subjohnics”.

Tickets go on sale for the Antifractal tour begin Friday, September 30 at 10AM local time here. 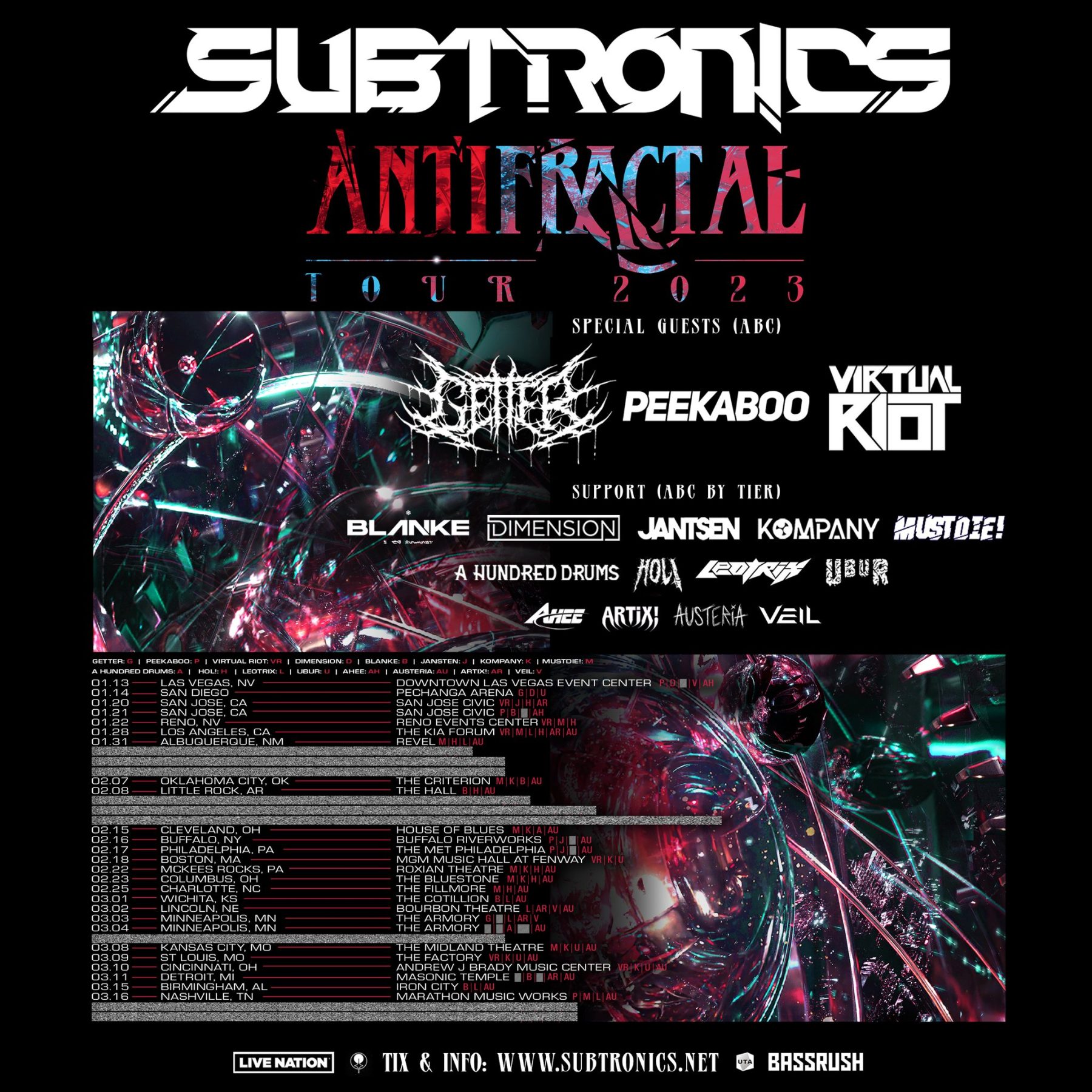 All images from Subtronics