Growing up, many of us watched these shows where there were flying cars, holographic phones, regular people in space, and a bunch of other ideas that seemed outlandish at the time. But in the short time since these shows were aired, we’ve seen the growth of technology in unprecedented ways. Our generation alone has been the first with regular use of laptops, social media, and iPhones. We have seen both the birth and death of CDs. So now the question is, were these ideas really outlandish or foreshadowing the future?

While the future of technology originally seemed geared to more utility products, it has grown much further. Think about it from the EDM community standpoint. The first films were in black and white, the first computer filled an entire room. But this year, we watched from our own laptops and phone screens as DJs broadcasted their music and crazy visuals to millions of people. Even past that, the live events we love so much wouldn’t be the same without the hundreds of lasers and giant light screens.

So we pose another question, as technology continues to advance, how do we see it changing the dance music industry? We’ve listed out a couple of things that we think and hope and think the future of EDM technology could hold.

In a perfect world, every raver would get to go to every festival all the time. But since things like work and money exist, that’s not possible. We see the potential for a fully immersive rave experience you can have from your laptop. This might seem crazy but bear with us here. Take a festival map, for example, EDC Las Vegas. The stages, art installations, and rides are all on the map like normal. What if, you could click on each piece of the map and get taken to the area via live stream? Maybe you can’t go to the festival, but you really want to see a certain set. You could simply click on the map and get taken to a live video recording of the set as it’s played. Or, you see a crazy cool immersive art experience. You can click on that area of the map and get a walk-through video like your there. 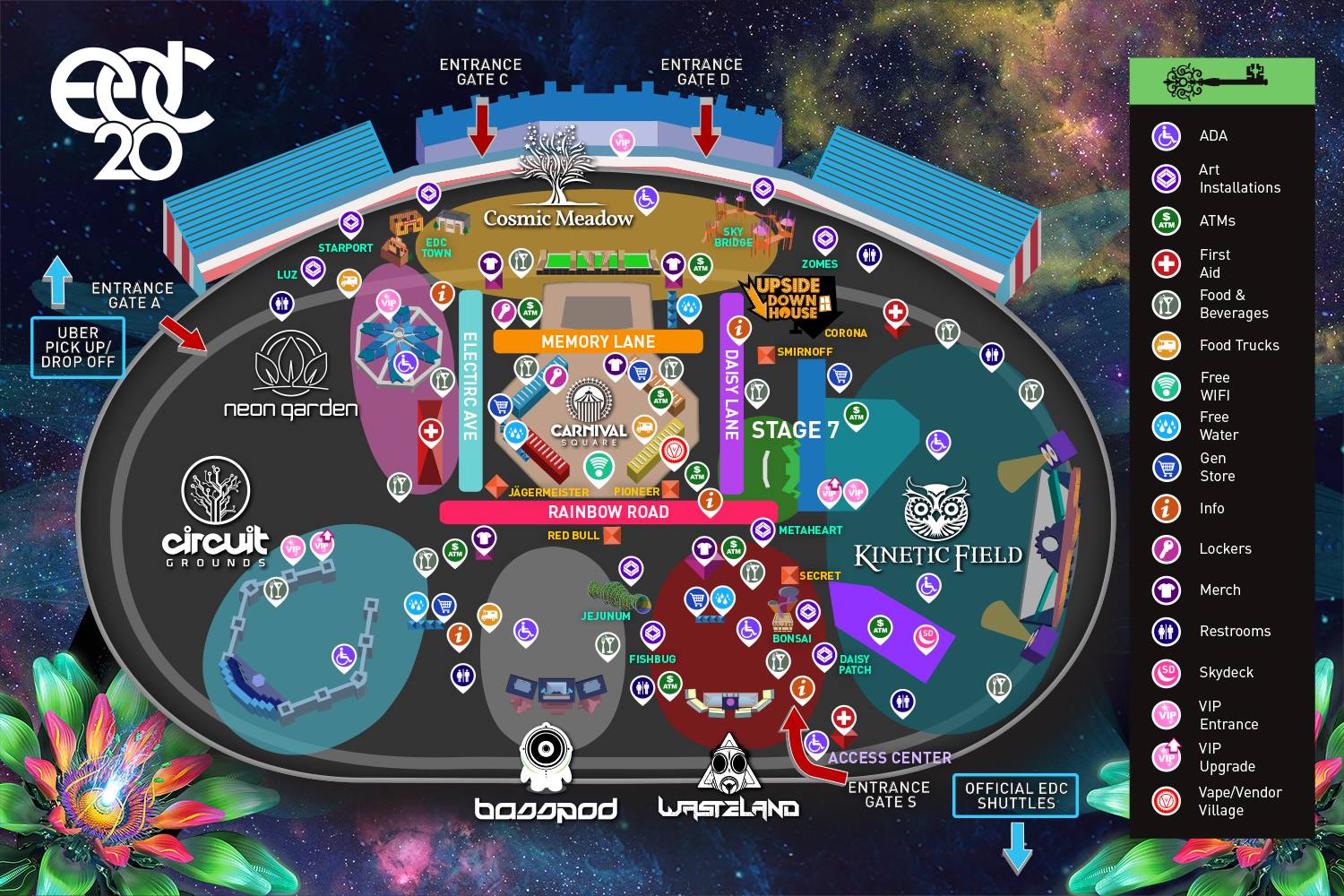 It sounds wild, but it’s kind of already happening. With the rise of Tik-Tok, event vlogging is becoming incredibly popular and will keep growing as festivals return. With Twitch, live streams have become the new normal and we already know that festivals are recording the sets. In Snapchat, we see interactive maps where you can click on a place and get taken to videos of it. All the technology is there, so it would only make sense to put it to use.

Whoever said you can’t be two places at once came long before technology did. Hologram technology could open the door to having DJs play multiple sets the same weekend or time, without the worry of flying from place to place. In the past, this travel time has led to artists be late to sets or missing them completely, totally disrupting to flow of the festival. With hologram technology, artists could be projected on stage to do their sets. In Las Vegas, the show Micheal Jackson: One broke the charts in sales, gaining lots of press. One of the most notable features of the event was the hologram projection of Micheal Jackson dancing and “singing” on stage with the cast. 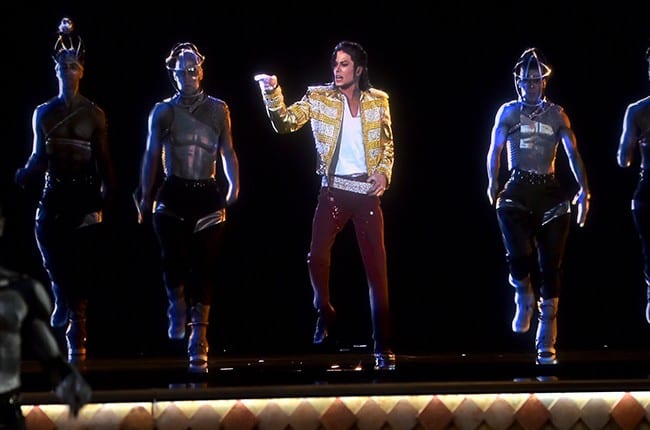 Which opens a door to another use of holographic technology. For artists that have either passed away or stopped their careers, the potential to continue to share their sets remains. We would all love to see one last Swedish House Mafia or Daft Punk set, but that time seems to have passed. But if a reunion was justified to take this new technology out for a spin, we wouldn’t be upset. Similarly, Avicii, like many artists, was gone too soon for his fans. While a holographic set for late artists like him would be tempting, it definitely poses some ethical concerns. It’s too soon to tell what roles holograms will play in either case, but we hope to find out.

While holographic technology is still in the growing phase, people are already using it to replicate objects, buildings, and even brains.  As of now, most high definition and moving AR and holographic technology still require glasses to see it perfectly. But that seems like a small roadblock compared to many of the technological hurdles we’ve seen crossed. But even if that’s stopping them, what raver doesn’t love a good set of goggles?

One of the most incredible experiences I have had at a festival was in The Hangar of Electric Forest (if you know, you know). The building was full of rooms that each provided a different form of sensory stimulation, my favorite room being a room full of Rosie the Riveter actors each manning a massage table to work out those festival aches. While the hanger seemed huge at the time, it was limited to what could fit in the forest. What if that limitation was gone?

Virtual Reality technology has progressed hugely in the past years. At this point, it is even been sold on a commercial basis for normal people to use at home. However, we see the potential much further than that. We imagine a festival art experience where ravers can use virtual reality technology to explore the untapped “world” of the festival. Imagine a dome at Lost Lands where you can put on a headset and explore the prehistoric world of dinosaurs to the tune of dubstep. Or, a dome in Countdown where you get taken through space. Trippy, right? 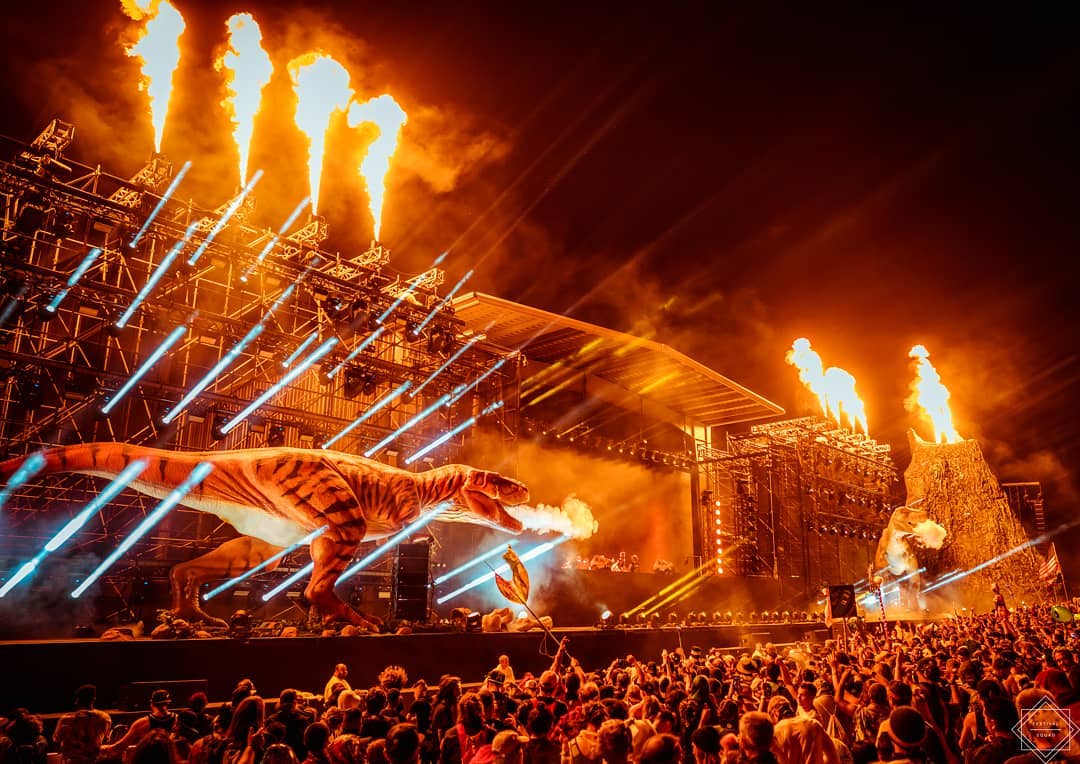 As time has gone on, society has raised our standards for what is “incredible”. In the past, the idea of gloves laced with the technology needed to give light shows must have sounded insane. But now it takes 5 minutes and we can simply order a pair online. As we progress, the world we operate in is full of potential and innovation. We can’t even conceptualize all the innovations that will come in the future, but it’s fun to try.

In all fairness, we aren’t technology developers. While these ideas seem so attainable to us, it would take years, if not decades, to create. However, considering things like the Internet and wireless telephones exist, we don’t think anything is an outlandish idea anymore. As long as we have music to blast, friends to dance with and light shows to blow our minds, we will be happy. But we are beyond excited to explore the ever-changing world of EDM.