The Ultra Worldwide brand continues to grow each year, adding more and more to it’s roster of international music events the global entertainment conglomerate offers. 2015 proved to be a  year of considerable expansion for the brand in it’s Asian market with 8 stops across the continent over just 4 months. With events in Macau, Singapore, Bali and the Philippines added to the region’s lineup that already included Korea, Thailand, Japan and Taiwan, Ultra is establishing an indisputable reputation across the Pacific. Now, FINAL KID has produced 6 exclusive after-movies that Ultra has released in an effort to hype their upcoming 2016 lineup of events in the region. Plus, the Road To Ultra Macau after-movie reveals an important announcement of yet another addition to the Asian Ultra scene with Road To Ultra Hong Kong debuting this year! 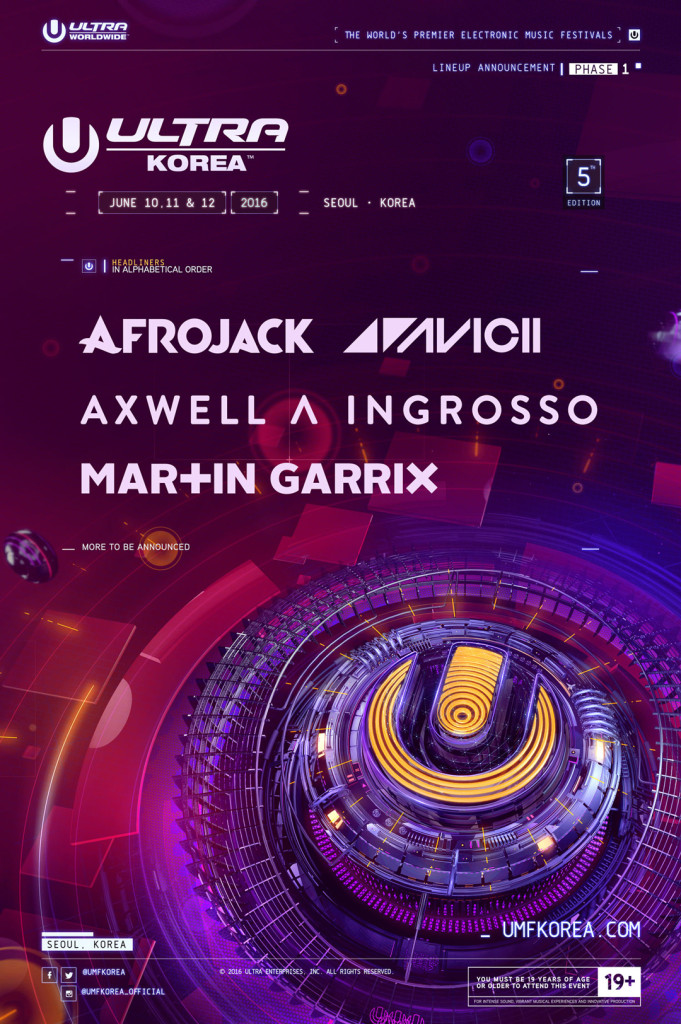 And, if that’s not enough, Ultra Korea 2016 unleashed a Phase 1 lineup for it’s 5th year celebrating in the city of Seoul. The initial announcement boasts huge EDM headliners Avicii, Afrojack, Axwell ^ Ingrosso, and Martin Garrix as just some to be featured as main stage artists this June. Ultra Korea 2016 will take place June 10 – 12, in Seoul, Korea with a venue that will be announced later along with the rest of the lineup. Tickets can be purchased here, or you can check out the series of Ultra Worldwide Asian after-movies from the 2015 events below to ignite your excitement for this year’s lineup!