Vokaal Connects Singers & EDM Producers, A Win For The Industry

Vokaal is making it easier than ever to bring dance music producers and singers together.

There’s no question that the pandemic hit everyone in some sort of way. For artists in the dance music world and beyond, live music came to a grinding halt. Many shows and tours were canceled indefinitely and several releases were put on the back burner. It was an extremely difficult time. While things seem to be somewhat improving and live music is returning, producers now more than ever are looking at cost-effective ways to create quality music.

That’s when Vokaal comes in. When the pandemic first struck, Vokall founder Parker Thomas knew that something needed to be done to support artists and music producers who were looking to work on music from a safe social distance while still making a living. Started in June of 2020, Vokaal is a premier online marketplace that allows producers to purchase royalty-free vocals from singers and songwriters. This new space allows for a completely seamless and safe transaction for all involved. It also allows producers to get the vocals they need, gives singers more exposure, and allows both parties to pay their bills. In just over a year, several labels and artists have been using Vokaal to create music. Top labels like Armada, Revealed, and NCS, and EDM artists like Blasterjaxx, Sam Feldt, and Morgan Page have all used the marketplace.

According to Vokaal, “producers that have used vocals from Vokaal.com have already earned half a billion streams on Spotify with 100% of those streaming royalties going directly into those producers pockets.” That’s quite an accomplishment for the new service. For singers using the service, Vokaal says that singers’ average monthly payout is about $704, with some top singers earning up to $4000 a month. 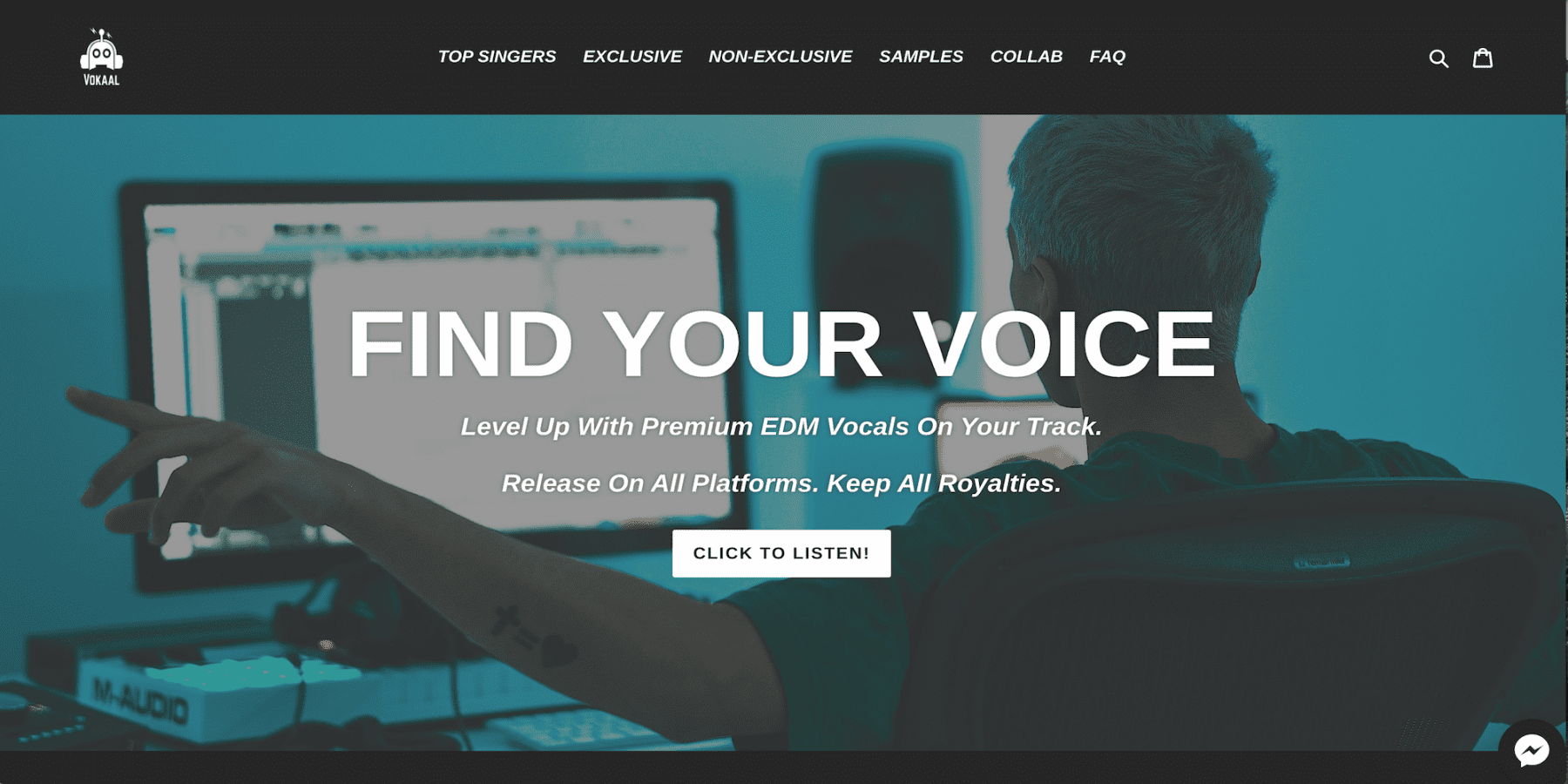 Vokaal has an incredible future ahead of them with its forward-thinking business model. “I’ve never been the most talented musician,” says Thomas, “but I always managed to work hard and smart enough to earn a living with the skills I have. It’s always killed me to see so many far more talented artists struggling to survive — working dead-end jobs as their music dreams faded away. Basically, we’re on a mission to make sure that all the world’s talented singers and producers get paid!”

You can save 10% at Vokaal with the code MANIAC10. Click here to get started today.

byZac Schroeder
We use cookies on our website to give you the most relevant experience by remembering your preferences and repeat visits. By clicking “Accept”, you consent to the use of ALL the cookies.
Do not sell my personal information.
Cookie SettingsAccept
Manage consent