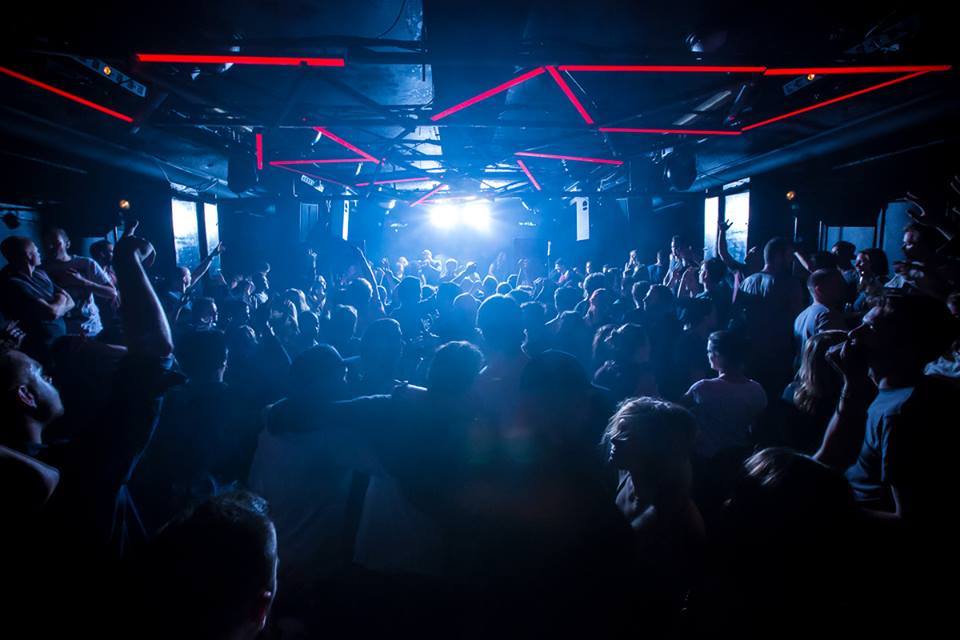 This year’s Amsterdam Dance Event and Amsterdam Music Festival were two highly not to be missed events of the year. Spanning five days, 365,000 people and including over 1000 events in clubs, warehouses and everywhere in between, this year’s ADE was undoubtedly the biggest yet. The festival itself saw more than 40,000 people packed inside each day of the two day festival at Amsterdam ArenA. On Sunday morning, myself and EDM Maniac’s founder found ourselves inside Closure. They called it the Breakfast Club. And yes, there was breakfast.

After attending the festival at the ArenA from 10pm till 6am on Sunday morning. By this time we had quite the appetite for more and we then caught a taxi after numerous failed attempts to get different drivers to give two lost dance music craving Californians. We made our way to Closure, where my counterpart actually spent the morning at as well. I kept hearing of and seeing flyers around town for this rather mysterious and vague place called the Breakfast Club.

During the course of the entire trip I was greatly interested to see this “Breakfast Club” and find out exactly what the shroud of mystery entailed. Closure opened at 7am. We managed to get there before 9am and made our way through the underground club. After dropping our belongings into a locker, the dance floor awaited and I could already feel the energy that would consume us for the next 7 hours. We then grabbed some drinks and began to see how the energy would transpire…

As the room gradually was filled with mainly 20-something European die hard Techno heads, the space got smaller and the temperature started to rise. As smoke and bodies crept into Closure during the morning, the energy and vibes being produced went along beautifully with the dark and mystifying European techno from the time we arrived up till the very moment we finally left. The music was the most heavily used drug that morning. DJ’s played through grueling four hour sets the entire time and I even witnessed one particular DJ using CDJ’s and turntables at the same tim. By 10 in the morning, the identity of the Breakfast Club would be revealed.

10am meant breakfast time at Closure. From across the bar, a gang of about 5 cute Dutch girls started to set up tables amongst the chaos of the reddened room. As mimosas, bloody mary shots, quiche, fruits and little sandwiches came onto the tables, I quickly ran over to chow down. If music was the most commonly used drug that morning, the breakfast came in a close second. Mouth watering sandwiches and cheesecake rained down upon my tastebuds as I washed it down with a bloody mary shot. This was by far the best decision we could have made for choosing where we should keep the party going at.

As we danced on until 3pm, the techno was euphoric and as I continued to stuff my face with the deliciousness of the best party favors I’ve ever had, I began to wonder why Los Angeles hasn’t caught onto this. Can we handle it? Who knows. Considering the fact that Europe is probably so used to these types of nights/mornings, back home in the states it’s quite different. In L.A. we are used to everything closing at 2am and then being forced to drive home unless you’re lucky enough to find the low-key underground afterhours.

Hopefully we get something like this in Los Angeles soon. In the meantime, I’ll be getting my appetite ready for the next “Breakfast Club.”