Iconic electronic Dutch duo W&W is ready to take the virtual world by storm with the announcement of the world’s first extended reality nightclub and Rave Culture live series. The group’s debut event will take place on Saturday, April 17 at 17:00 CET. The premiere of the duo’s virtual show will be held on Facebook Live which will incorporate state-of-the-art virtual technology using innovative XR production.

The virtual show will be held on Facebook Live but W&W will be performing at Rave Culture City’s digital nightclub called, Club Mythic. The premiere episode will be called ‘Rave Culture Live 001’ and will take fans on a virtual clubbing experience in a virtual yet seemingly real clubbing environment. W&W’s reality nightclub is the world’s first and their debut episode will be followed by others in the coming weeks.

W&W is known for its uplifting melodic melodies that incorporate both Trance and Progressive House as well as Big Room. The duo will look to shine a light on all their production capabilities this upcoming Saturday for the debut of the group’s first extended reality nightclub live series. 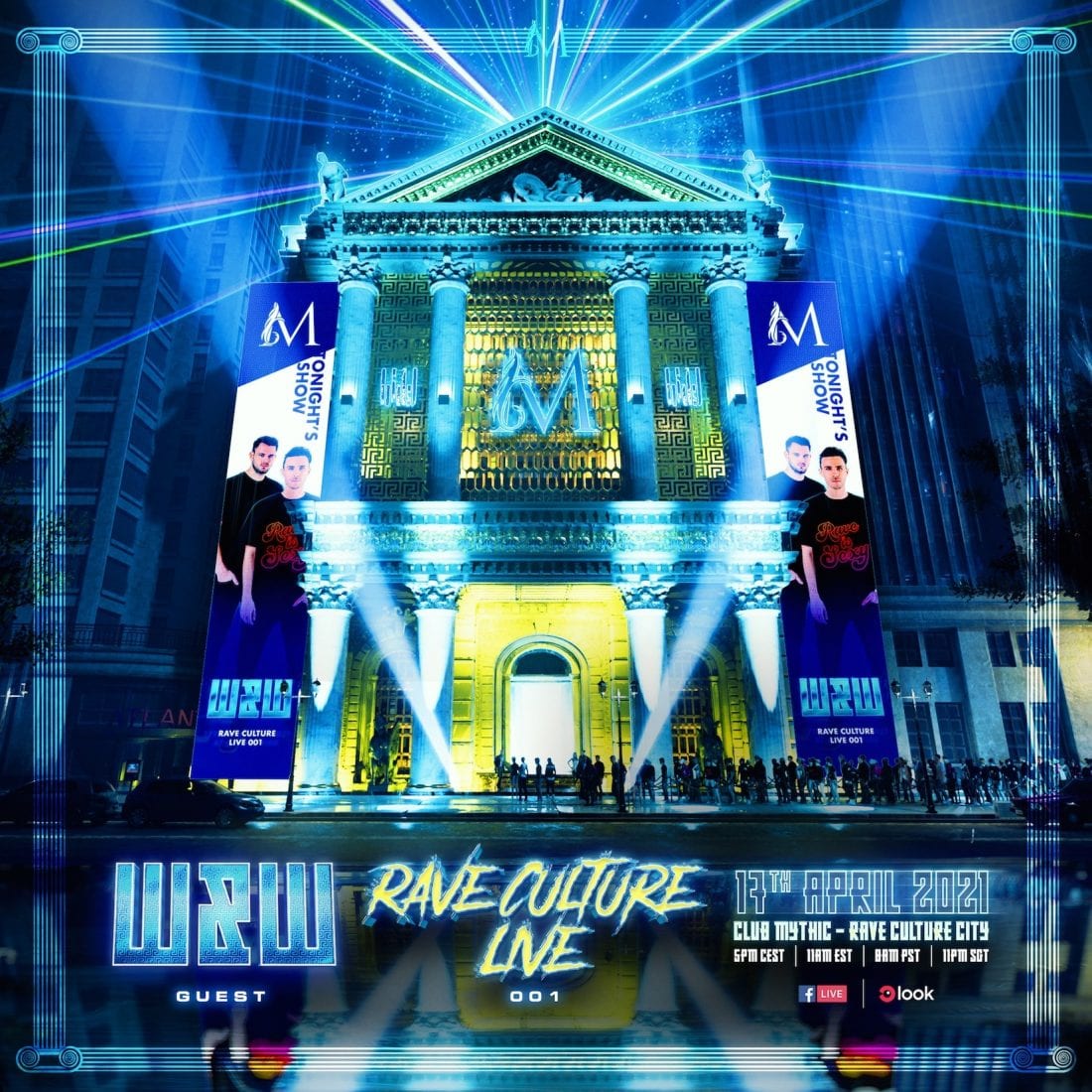