It is now March, and a huge demographic within the festival circuit is currently thinking one thing: Coachella is next month.

Coachella has an undeniable effect on the SoCal music scene. Other than the two weekends of the festival, artists from the lineup take over LA for all of April. So even if you can’t make it to the festival, there are plenty of chances to check out new music.

Six weeks are left until the gates open for weekend one, and this is first year where the Coachella lineup demonstrates EDM’s descent. The number of Sahara-grade DJs is lower than it’s been in years. This may be lamentable for some, but it opens the door for fresh, creative dance and electronic music. Here are a few artists we’re excited to see in the desert this year. 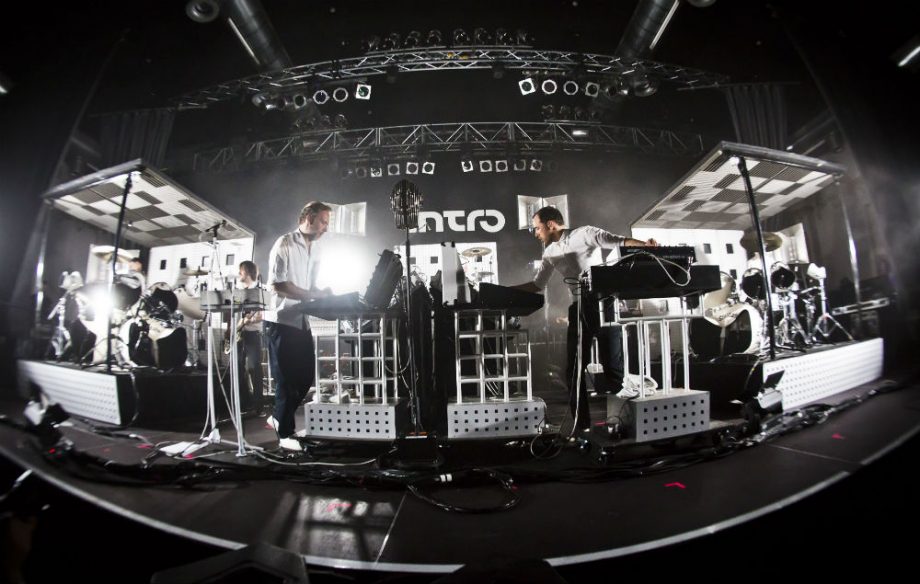 Most people know the Dewaele brothers by their DJ moniker: 2manydjs. However, they have actually been in a band together for over 20 years. That band is Soulwax. If you listened to their first album, ‘Leave The Story Untold’, it sounds completely different than last year’s ‘From Deewee’. One is new wave rock, and the other is type of synth pop branded as “Soulwax Transient Program for Drums and Machinery”. Coachella already released a preview of their performance. Their band includes three drummers while the brothers handle synths, percussion, and a variety of other instruments. Photo by Getty.

This booking has been a Coachella rumor for years now. People were predicting Jarre’s performance all the way back in 2016, but it turned out 2018 was the lucky number. Despite his stale spot on the poster, Jarre is one of the world’s most legendary performers. On the list of highest attended concerts in history, Jarre is number two and three. Number two being a concert with 3.5 million people in Moscow. And three was a concert in Paris with 2.5 million people. Best of all, he produces electronic music. Of course there won’t be millions of people to see him at Coachella, but his set is surely going to be among the best of weekend. Photo courtesy of jeanmicheljarre.com

When it comes to techno in the U.S., Detroit is home, and Motor City native Carl Craig is paying homage at Coachella with his project Detroit Love. Here’s what happened when Carl debuted the project in 2014:

According to the lineup poster, Craig will be joined by Moodymann and Kyle Hall this time around. We might not get the same experience as the debut, but Craig wouldn’t take on any booking as ‘Detroit Love’ unless it was going to be special.

Speaking personally, this is one of the best bookings on the entire Coachella lineup. After listening to 2017’s ‘Automaton’, it’s clear that Jay Kay’s voice is still infused with cosmic flare. Jamiroquai’s mixture of funk, soul, disco, and electronic music hasn’t been matched in the 25 years since their debut. Hearing hits like “Canned Heat” and “Virtual Insanity” on the polo fields is sure to be a celestial experience.

When it comes to the history of dance music, there is no debate whether or not disco was the precursor. Disco started club culture, so basically everyone at Coachella who is looking forward to the Yuma tent is required to watch Chic for a little bit. Chic is THE disco band. As the song goes, “Aaahh freak out! Le freak, see’est Chic”. Photo by Sachyn Mital

It’s usually very easy to predict where a DJ will spin at Coachella. No reasonable person thinks Chris Liebing is going to play at Sahara. But when it comes to Busy P, anything can happen; just like one of his DJ sets. For those who aren’t familiar with him, he made a name for himself managing Daft Punk and running Ed Banger Records (EBR). EBR was a launch pad for huge artists within the electronic music scene including Justice, Mr. Oizo, and Breakbot. The last Busy P set I listened to switched from dubstep to hip hop to techno in the first ten minutes, and I hope that’s what happens at Coachella. Even though Coachella’s lineup can look like a warning sheet for prescription drugs, hidden deep in the fine print are some truly remarkable young artists. One of those artists is Sudan Archives. At 23-years-old, she writes, performs, and produces her own music. She is a self taught violinist and vocalist, and her sound combines West African rhythms, modern electronic beats, and R&B overtones. Coachella is one of the most diverse festivals on Earth. Try something new while you’re there.