Attention house & techno fans, ARC Music Festival is a new festival that will be making its Chicago debut this summer. The house & techno festival is set to take place over Labor Day Weekend (September 4 – 5), at Union Park in Chicago and seeks to bring the global scene to the birthplace of house music alongside an INSANE house-infused lineup.

The brand new immersive dance music event that will feature ZHU, Camelphat, Adam Beyer, FISHER, Nicole Moudaber, Patrick Topping, and Bob Moses, amongst a list of others. Additionally, ARC will host all three of Eric Prydz’s alias, making ARC Music Festival the first event to host all three of Prydz’s alias’ in a single weekend. The festival will have four stages in total over the course of the two-day event.

Fans can expect a cutting-edge festival experience with specifically curated production elements and art which will span 4 stages. Arc Music Festival’s full stage experience will be presented by Elrow which will only heighten the overall experience of the festival’s premiere event.

There will be additional after-parties throughout Chicago but those details (as well as details regarding COVID safety measures) have not been released as of yet. Expect those details to be released closer to the time of the event. 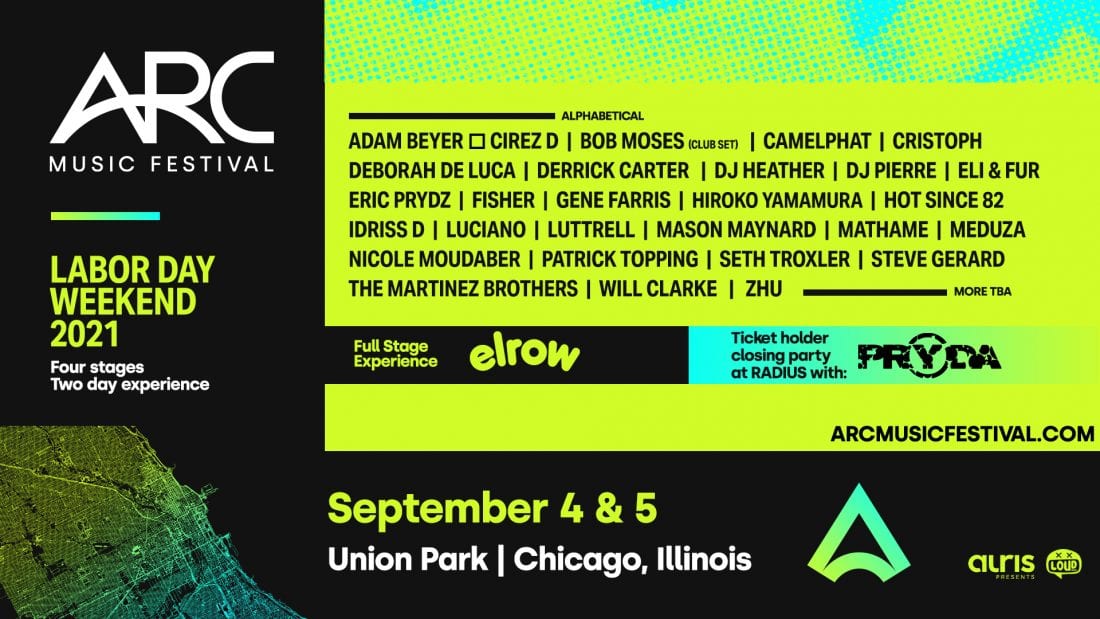 Save Our Stages Act Could Be A Lifesaver For Many